Betsy DeVos and the Changing Face of Public Education 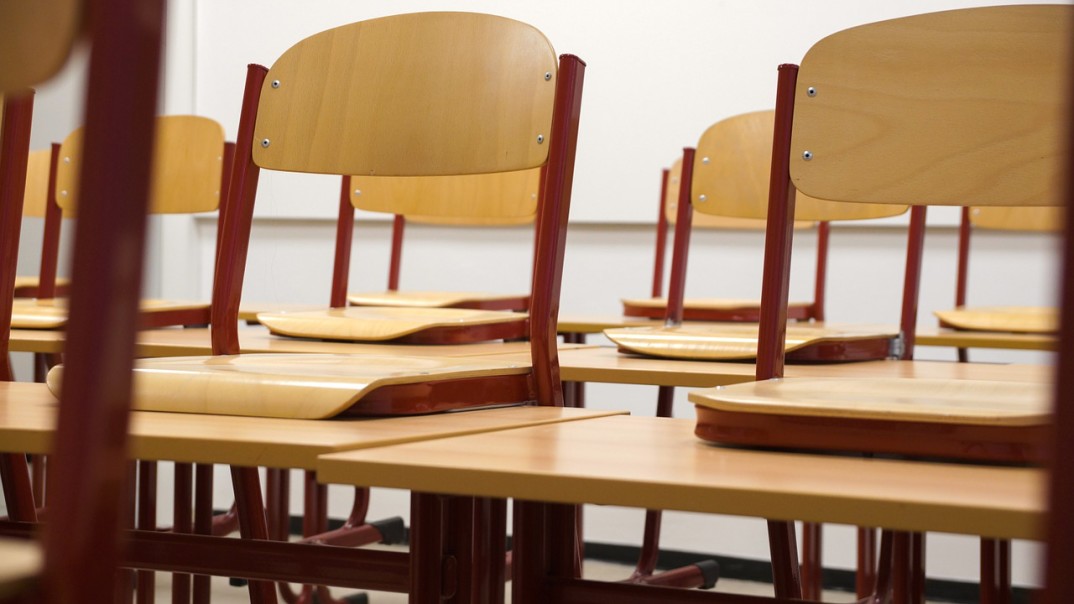 “Classroom” by Taken is licensed under CC0 Public Domain (via Pixabay)

Betsy DeVos’ controversial nomination to the Secretary of Education position has left many folks on both sides of the aisle wondering where exactly the future of our schools lie. DeVos, a staunch believer in school choice, is hoping to fix the public school system in the United States by forcing schools to compete with each other. Critics were appalled when DeVos “called traditional public schools a ‘dead end,’” leading them to launch a hashtag on social media, #publicschoolproud, to show that public schools are still making an impact on the lives of them and their children.

DeVos, however, believes that applying “free market principles of competition and choice” will force public schools everywhere to increase their quality of education. In a recent New York Times article, Nikole Hannah-Jones suggests that “[the U.S.] began moving away from the ‘public’ in public education a long time ago,” and no longer remembers what the word public truly means. Jones reminds her readers that public comes from the Latin “publicus,” meaning “of the people.” She further points out that the government of the United States is intended to belong to the people and provide for the good of the people. “’Public’ stood not just for how something was financed…but for communal ownership of institutions,” and for communal good over the good of the individual.

Once upon a time, America’s investment in public institutions of all sorts—parks, hospitals, universities, schools—differentiated them from the rest of the world. Jones notes public schools in particular were intended to “create a common sense of citizenship and national identity, that it would tie together the fates of the haves and the have-nots,” enhancing the nation as a whole. Jones admits that the support for public institutions has waxed and waned due to varying beliefs in the degree to which the government should provide for its citizens and the infringement on individual liberty for the common good. Franklin Delano Roosevelt’s New Deal, the greatest enlargement of federal programs in the United States’ history, brought homes to the working people of America, employed millions of unemployed Americans, and built up infrastructure in locations that couldn’t afford it. However, a small group of anti-regulationists still pushed back, feeling an overreach of the federal government into the autonomy of the people.

Decades later, Jones argues this anti-regulation view has become more mainstream, emphasizing free-market principles that encourage education to be viewed in an economic way; this viewpoint holds that the value of education can be maximized by encouraging competition. Stanford professor Eric Hanushek performed a study on Texas public schools in 2003 and found that, because “teacher quality has been identified as one of the most important determinants of student outcomes, it is logical to believe that the effects of competition on hiring, retention, [and] monitoring” will improve the quality of the public education system. In the same study, Hanushek argues that public schools will still provide the majority of education to students, even with the presence of private school vouchers. Jones views this, however, as a great loss to the overarching goal of communal good.

Jones argues that the public schools lost this communal ownership and goal of the communal good long before Betsy DeVos was appointed Secretary of Education; in reality, though, will DeVos make the situation worse, or better? Jones puts forth the idea, and admittedly a compelling argument, that the voucher system for which DeVos so highly exalts is a direct descendent of white communities’ opposition to public institution desegregation. When schools became desegregated 1950s, Jones reports that some districts shut down their public schools altogether to avoid an integrated place of learning. These same local and state governments then provided vouchers to the white families to pay for private school.

Of course, this would not overtly be the goal of vouchers in the present day, but would it be an unfortunate side effect? DeVos and pro-voucher supporters do not believe this to be the case, and are backed up by valid economic theory and research. Increasing the competition among public schools would likely bring forth a higher caliber of education, because the schools would be forced to put their best foot forward at all times or risk being out-competed. Jones argues that the “guiding values of public institutions, of the public good, are equality and justice” while “the guiding value of the free market is profit.” However, could it be helpful to the currently marginalized students’ equality of opportunity if public schools were forced to compete for students? Public education has clearly never been as equal as it should be, the trouble now is deciding on a path to get it there.