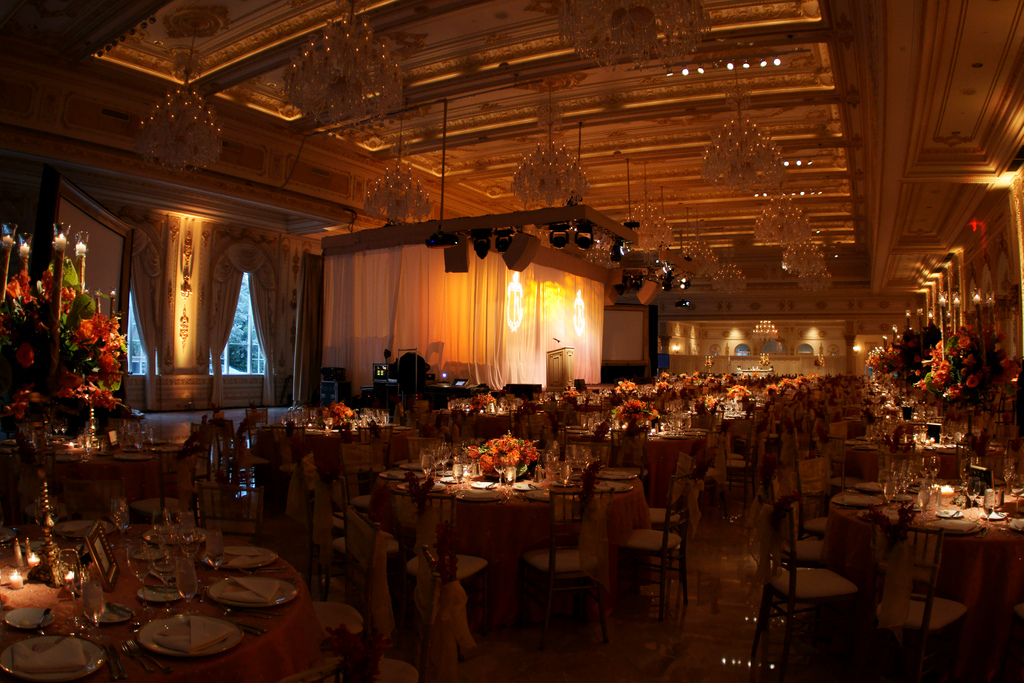 President Donald Trump has spent three of the past four weekends in Florida at his Mar-a-Lago resort, conducting political business from interviewing cabinet nominees, hosting the Japanese prime minister, and formulating a response to a North Korean missile test at the club instead of in Washington. On Saturday morning, the president went so far as to dub the establishment “the Southern White House” in a tweet. While the Trump family’s extensive travel has already sparked concerns, Trump’s decision to hold numerous political meetings outside the actual White House is raising serious concerns about access and security.

Not least amongst the concern is that Trump’s time spent at the elite resort offers the upper echelon of society a chance to interact and have special access to nation’s top executive. Mar-a-Lago’s memberships cost $200,000, with the fee doubling and applications for membership increasing after Trump’s election. Spending time at a club populated with the rich allows members access to the president in a way beyond their usual access; while many likely have connections in the federal government, they do not usually have the ear of the president, even if it’s just for a few minutes.

The member list is full of executives in the pharmaceutical, oil, gas, and real estate industries. According to the New York Times, Trump has discussed policy and asked for the views of some of the club members. One member, Richard LeFrank, is a longtime friend of Trump’s and a real estate developer who reports that the president asked him if he would be interested in building the proposed wall on the Mexican border. By choosing to spend his time at a resort full of the rich, the president is offering those in high society an even greater unfair advantage over the average citizen.

Additionally, social media posts by members have sparked concern about security. One club member posted photos on Facebook of Trump aides working on responding to the North Korean missile test and photos of Trump with the Japanese prime minister. The handling of national security incidents is one that typically plays out behind closed doors in the White House in Washington; many Democrats have raised concerns about the security implications of Trump spending much of his time outside of the White House.

In addition to the activity of the North Korean incident, Trump was also photographed reviewing what appear to be intelligence briefings on the patio of the resort and the same member took a picture with a Secret Service agent he claimed was carrying the briefcase containing the nuclear launch codes. An audio recording of the president was also recently released, which was recorded in November and contained audio of him discussing Cabinet interviews with members of a different club and calling the club’s members “the special people.” In theory, other audio recordings of the president containing more sensitive information could emerge.

Allowing members to observe the workings of a national security incident could end up creating security breaches, especially if those members post information on their social media accounts. Thirty-two House Democrats recently sent a letter to the FBI, Secret Service, and Department of Labor to determine the security risks of the President conducting business at Mar-a-Lago. One of their concerns raised was the club’s frequent employment of foreign workers, who would now have theoretically increased access to classified national security materials. The House Oversight Committee sent another letter, also asking for a breakdown of the procedures of vetting members and those with access to the Florida resort.

While presidents have often interacted with the elite (think of the Bushes or the Kennedys and their complexes, for example), having a president base operations out of a business he owns and interact with members who pay a company owned by his family is unprecedented. Allowing increased access and risking security breaches serves only to further inequality and put the country unnecessarily at risk. Whether or not any security breaches have yet occurred, Trump’s decision to work out of Mar-a-Lago and declare it an extension of the White House is likely to raise considerable concerns for the duration of his presidency.