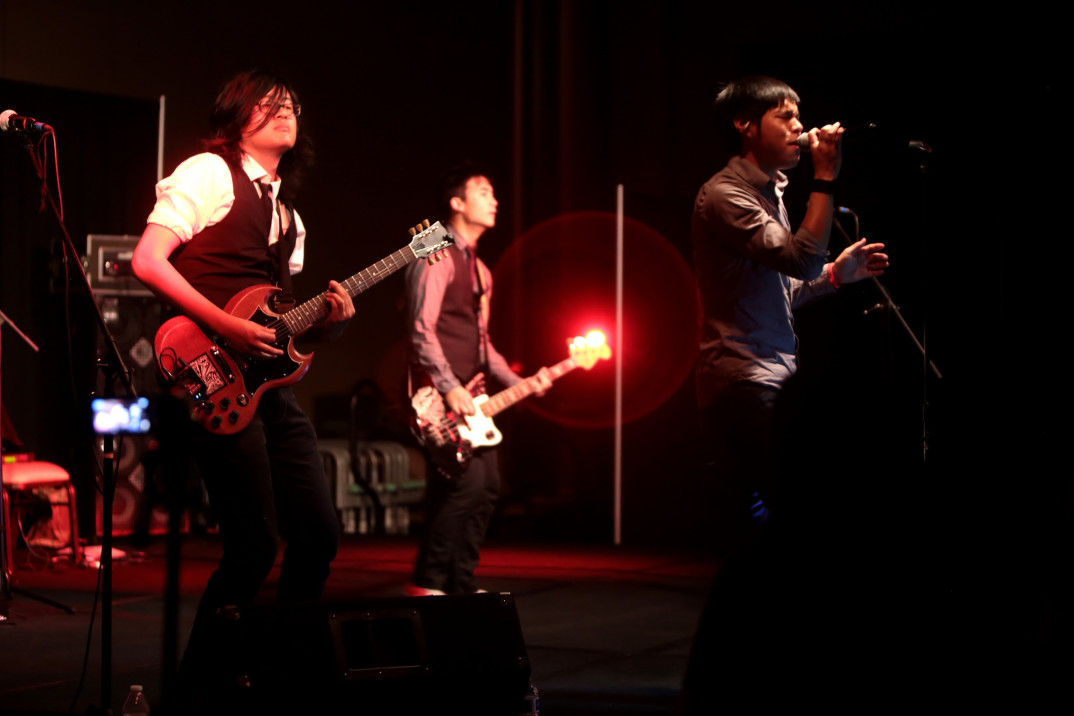 In 2006, Simon Shiao Tam founded the Asian-American band The Slants.  As the group became increasingly successful, Tam opted to pursue federal trademark protection for the band name. Trademark protection is important for both producer and consumer; the producer can feel confident that no one is unfairly capitalizing on the fruits of their labor, and the consumer can be sure that the product that they are purchasing is the one that they intend to purchase; they can be sure that it is not a product produced by an imposter using the same name.  If granted the trademark protection, Shiao’s Asian-American band would own exclusive rights to the name The Slants.

The Patent and Trademark Office rejected the band’s application, appealing to a provision of The Lantham Act (1946) that prohibits the issuance of a trademark which “[c]onsists of or comprises immoral, deceptive, or scandalous matter; or matter which may disparage or falsely suggest a connection with persons, living or dead, institutions, beliefs, or national symbols, or bring them into contempt or disrepute.”  The PTO contended the band’s name is immoral because it plays on a racial slur for people of Asian descent.

Tam took legal action.  He appealed the decision, claiming that the rejection of his application was a violation of his First Amendment right to freedom of speech.  Though restrictions of speech rights may be justified in very specific circumstances, they should not be motivated by the government’s disdain for the content of the speech in question.  The United States Court of Appeals for the Federal Circuit agreed with Tam, ruling that, “It is a bedrock principle underlying the First Amendment that the government may not penalize private speech merely because it disapproves of the message it conveys.”  The Federal Government appealed the decision and The United States Supreme Court agreed to hear it. The Court will reach a decision early in 2017.

Some defenders of The Lantham Act argue that it doesn’t violate the First Amendment because it does not constitute a complete prohibition on speech based on content.  Tam and his band can continue to make music associated with the name The Slants.  They can continue to proliferate their message to the public.  The government simply won’t trademark the message.  The state has an interest in diminishing racist attitudes in the country, and this interest justifies the very limited speech restrictions involved in the trademarking of names.

Even if the Circuit Court made the correct legal call that Tam’s constitutional right was violated in this case, the moral issues involved are not settled.  After all, not all things that we have a legal right to do are things that it is morally acceptable for us to do.  What sorts of moral principles govern the names that we give to things?  For example, is it morally acceptable for a football team to be named The Washington Redskins?  Another trademark that was rejected by the PTO was the name of an anti-Muslim group called “Stop the Islamisation of America.”  Was the rejection of that trademark morally permissible?

Some contend that the author’s intention settles whether the name of an organization is morally appropriate.  Tam’s motivation for naming his band The Slants was to raise awareness of racial and cultural problems in The United States.  This seems like a laudable intention.  On the other hand, names can be offensive to people even when the authors of those names have the best of intentions.  For example, some think that naming a football team after Native Americans is a way of showing respect for Native People.  If this is the case, the intentions of people who support the name “The Washington Redskins” may be good, but they may fail to realize why that name is very offensive to native people.  If this is the case, settling the moral status of names by appealing to intentions may be the wrong strategy.

Others argue that empathy is morally fundamental.   When we make decisions that will potentially affect others, it is important that we put ourselves in their shoes and try to understand how our actions might make them feel.  We also need to consider the potential consequences that our actions might set into motion for other people.  This position helps to explain what is intuitively wrong with names like “Stop the Islamisation of America.”  Not only does that name misrepresent what is actually taking place here, it casts Muslims as the enemies of America and will likely promote a bad set of consequences for many members of the Muslim community.

The set of moral obligations that come with naming an organization or group might vary depending on the kind of organization that it is.  The role of the organization will dictate the group of people that the name will potentially affect.  Some contend that when the role of an organization is to create art, the artist or artists need not be concerned with offending people.  Sometimes art makes people uncomfortable, and that can potentially be a good thing.  Others argue that no one is ever exempt from the obligation to think about how their actions will affect others, not even artists.

The set of moral obligations that an author has might also depend on who the author is.  It might be morally wrong for members of non-marginalized groups to tell members of marginalized groups what they can and can’t name their organizations.  It is for them to decide the healthiest and most productive ways of responding to their own oppression.  In this case, Tam is seeking to “reclaim” the term “slant.”  Is it morally acceptable for non-Asians to tell him that this is the wrong response?

Others argue that small numbers of people shouldn’t get to decide whether a historically oppressive word gets “re-appropriated.”  Many would prefer that racial slurs be done away with altogether.  Many members of marginalized groups would prefer to raise their children in environments in which they never hear racial slurs.  Re-appropriation legitimizes words that many wish would become relics of the past.