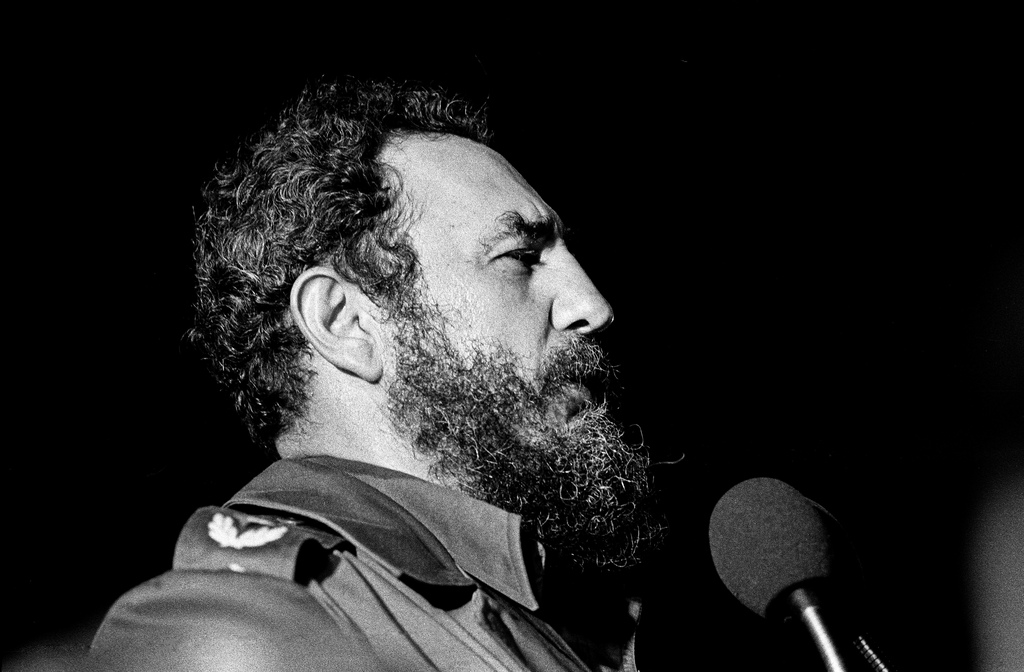 Fidel Castro is dead. During his trial, in 1953, he pronounced his famous words: “History will absolve me.” Whereas President-elect Donald Trump has emphatically condemned him, President Obama has been more cautious, and has proclaimed that, indeed, the jury is still out, and that History will judge Fidel Castro’s enormous impact.

So, will History absolve Castro? Fidel pronounced those words as part of his defense in his trial. He had attacked the Moncada barracks. He absolutely had the moral right to do so. In 1952, Fulgencio Batista suspended the upcoming elections and seized power in a military coup. He immediately became a dictator, suppressing many basic liberties. Ethicists have long agreed that there is a right to revolution, and Castro adequately appealed to that right. He attacked a legitimate military target and spared civilians, a major ethical requirement in the right of revolution. Thus, up till that moment, Castro should have indeed been absolved by History.

But, that was only the beginning of a long political career. And, despite some important moral achievements, I am afraid that, in balance, no, Fidel Castro will not be absolved by History, and will go down as an immoral political leader. In 1955, in an attempt to build national consensus, Batista pardoned Castro. Fidel continued with his political agitation, and he was exiled to Mexico. While there, in a truly audacious move, he embarked on a minor fleet to Oriente region in Cuba, to begin a campaign of guerrilla warfare in 1956.

During the offensive, he proved to be a master of propaganda and deception. With wise tactics, he completely fooled Herbert Matthews, from the New York Times, who believed that Castro’s control of the Cuban countryside was much greater than what it actually was. From an ethical perspective, this is not objectionable in itself. Just War doctrine allows deceit (as well as ambushes), as long as the military goals are legitimate. To topple the dictator Batista was, indeed, a legitimate goal. Overall, Castro’s guerrilla warfare complied with the ethical requirements of armed conflicts.

Castro ultimately succeeded, and in 1959, Batista fled the country. Sadly, now in power, almost from the start of his political career, he began to lose the moral ground. Once in power, he authorized a huge number of executions by firing squads. Many of those charged with crimes were probably guilty, but the trials were mostly done in kangaroo courts, so there was not a real possibility of finding out the truth, and undoubtedly, some innocents were also executed.

Some of his former supporters in the guerrilla campaign objected. Perhaps the most notorious case was that of Huber Matos, a guerrilla commander who objected to Castro’s ruthlessness, and resigned his post as Commander. Castro did not accept his resignation, and charged him with treason. Matos was summarily sentenced to 20 years of prison. According to his own testimony, Matos was tortured during his prison time.

At first, Fidel promised elections. But, ultimately, he decided that liberal democracy was a corrupt system in itself, and elections are subject to private funding and manipulations that affect the common good. He rhetorically asked “Elections for what?”, and ever since, there have been no real elections in Cuba, despite the regime’s attempts to showcase some electoral activity which, in fact, is as bogus as any elections carried out by Communist regimes during the Cold War. He had been ethically justified to engage in guerrilla warfare and topple a dictator. But, now that he became a dictator himself, his opponents had ethical justification to try to topple him down.

For that reason, I believe that, despite the obvious imperialist interests of the US government, the Bay of Pigs invasion was moral. However, as it is well known, it was a major strategic fiasco. As a response to the Bay of Pigs invasion, Castro allowed the Soviets to install nuclear weapons in Cuba in 1961, which led to the Cuban Missile Crisis. This was also a morally dubious move. Some ethicists believe that nuclear deterrence may be moral (e.g. Reinhold Niebuhr), but very few would agree that an actual nuclear-first attack would be ethically authorized. We now know that, during the crisis, Castro encouraged Khruschev to launch a nuclear attack in the case of an American invasion of Cuba. Fortunately, Khruschev proved to be a much more rational and ethical man than Castro.

For more than half a century, Cuba was under the influence of American imperialism (the infamous Platt Amendment in Cuba’s Constitution of 1902, gave the US the right to militarily intervene in Cuba at its will). Castro deserves praise for standing up to American imperialism. But, in his attempt to do so, he massively confiscated Cuban and American citizens’ property, who had little or nothing to with imperialism. As a response, the US imposed a trade embargo on Cuba. This proved out to be a largely inefficient approach. But, I would not rush to morally condemn it, at least in its initial stages. Economic sanctions may be morally acceptable to put pressure on despotic regimes (they certainly played a big role in the demise of South Africa’s apartheid), although of course, after five decades of uselessness, President Obama was right to overturn them.

Fidel also supported revolutionary movements abroad. Some of these movements were ethically legitimate. Cuban engagement in the Angolan Civil, for example, significantly weakened South Africa’s regime, and that turned out to be an important factor in the demise of apartheid, a deeply immoral system. But, there has always been an air of hypocrisy in this regard, as Castro continuously scolded Western powers for military interventions abroad, when in fact, he was too eager to impose socialism with bayonets. In this, he had a disturbing resemblance to American neoconservatives who want to implant democracy in the Middle East by force of arms. Furthermore, some of the revolutionary movements he aided were against legitimate and democratically elected governments, such as those of Colombia and Venezuela.

Ever since 1989, there have been allegations that Castro was involved in drug smuggling operations in connection with Pablo Escobar and Manuel Noriega. If true, this would be the greatest indictment of his moral character. Such allegations have never been proven. However, Castro pursued a major purge in the Cuban Armed Forces in 1989, by accusing General Arnaldo Ochoa of drug trafficking. This was pretty much a Stalinist show-trial, where the defendant was forced to confess. The unfairness of the trial has raised suspicions that, perhaps, Ochoa was just a scapegoat, and Castro was indeed the mastermind of the drug smuggling operations, all in the name of the revolution, as indeed, Colombia’s FARC also did during the 1980s.

Yes, Fidel Castro improved health care and education. But, it came at a great price. It may very well be true that the US turned him into a dictator with a series of missteps. But, that is not a sufficient exoneration. History will acknowledge some of his achievements, but overall, will not absolve him.