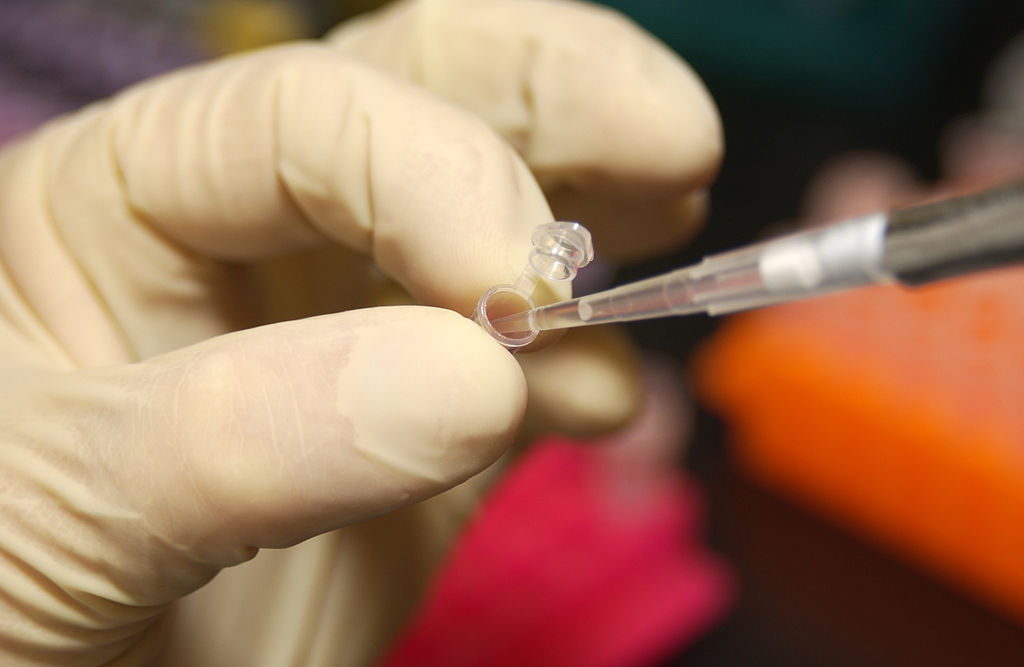 This summer, the National Institutes of Health (NIH) decided to reverse an earlier moratorium on federal funding for research that uses human stem cells to create part-human, part-animal embryos. Research that creates these chimeras, as they are called, may soon be eligible for federal funding under certain carefully controlled conditions. The immediate public reaction to this move, as illustrated in the comments left on an August 4 post from Carrie D. Wolinetz, Ph.D., Associate Director for Science Policy at the NIH, show the move to be controversial.

One common refrain in these mostly negative comments rehearse an argument often leveled against biotechnological innovations. Pursuing this line of research amounts to “playing God.” Kara Dixon, for example, writes in the comments, “To put it simply this is humanity once again playing god.” Janet agrees, writing, “We need to stop trying to play God; it invariably backfires on us.”

Some people find such an objection worthless and un-constructive. Freethinker comments, “The ‘God created man, man shouldn’t play god’ point equates to ‘God doesn’t want it’ and is of no scientific merit. It would be more constructive if, before making comments, readers actually seemed to understand what is being proposed.” Freethinker’s point seems to be that the objection is usually borne from an ignorance about the actual technology under question and, more so, an ignorance not interested in correcting itself. The evocation of “God” is just the post hoc rationalization of the person’s moralization of their own “yuck” reaction to whatever biotechnological issue being discussed. In a splashy headline, one writer Phillip Ball has even proclaimed that “’Playing God’ is a meaningless, dangerous cliché.”

I like to give people a little more credit than that. The resonance of the “playing God” argument in public reactions to biotechnology is so strong that I’d be a bit surprised to find out that it was all meaningless. So, how might we interpret it? Furthermore, can we understand it in a way that doesn’t presuppose some particular theology, or any theology at all? I think so.

“Play” is associated with childhood, frivolity, and an overall lack of seriousness. “God” is associated, in the Western consciousness, with both omnipotence and omniscience, with an awe-inspiring amount of power to effortlessly change worlds and lives. The secular version of the “playing God” argument recognizes that proposed biotechnological advances represent a radical shift in the amount of power humans have over the basic biological conditions that define human existence, but also sees our attempts to wield such power on the par of childish unserious play. We, like children, cannot possibly understand the significance or possible consequences of our actions, but unlike most child-like play, messing with “God-like” powers could unleash significantly adverse consequences that we would be too ignorant to know how to stop or reverse.

I do think there is some initial plausibility to this argument, at least when it is lobbed against biotechnology in general. It points out certain conditions that are present in most biotechnological research that should give us pause. First, biotechnology promises possible applications that it would be difficult to regulate or reverse once available to the public, such as curing intractable diseases, reversing aging, and enabling the selection of desirable traits in our offspring.  It is hard to imagine turning back from these desirable advancements, even if they are co-mingled with other less than desirable consequences. Second, biotechnology will radically alter areas we are only beginning to understand with scientific precision, such as the complex interplay between genetic and environmental factors in the determination of human behavior.

Consider as a possible historical analogy the current predicament human society faces today: anthropogenic climate change. The driver of climate change, rapid industrialization and the use of fossil fuels, was also a radical technological change that, once it got going, provided so many benefits it would have been hard to stop and certainly has been quite difficult to regulate. And yet, certainly James Watt had no idea what he may have unleashed as he was perfecting his steam engine in the 18th century.

Now, I do not think this is enough to stop us from pursuing biotechnological research altogether. We certainly should be cautious. The power of invoking the “playing God” trope is to remind us to be humble in our pursuit of biotechnological advancements. In fact, the moratorium on part-human chimaera research was originally put in place to give the NIH, the scientific community, and the public-at-large time to consider the possible ethical implications of their research and place regulations and restriction in place to prevent the worst-possible outcomes. For example, one restriction developed during the moratorium prohibits the introduction of certain human cells into non-human primates at early stages of development to possibility the possibility of creating an animal with a human or near-human level of consciousness.

The main problem with “playing God” arguments is that these arguments usually fail to provide specification of the possible bad consequences of “playing God.” Part of the reason is that the point of the argument is to say that we don’t know enough to even say what these bad consequences might be, but the inability to evaluate the strength of an argument for lack of specification hardly makes it more rationally persuasive. What we need to is a slow and cautious approach with a built-in mechanism for detecting future possible problems as our knowledge grows so that we can clear headedly balance known risks with known rewards.