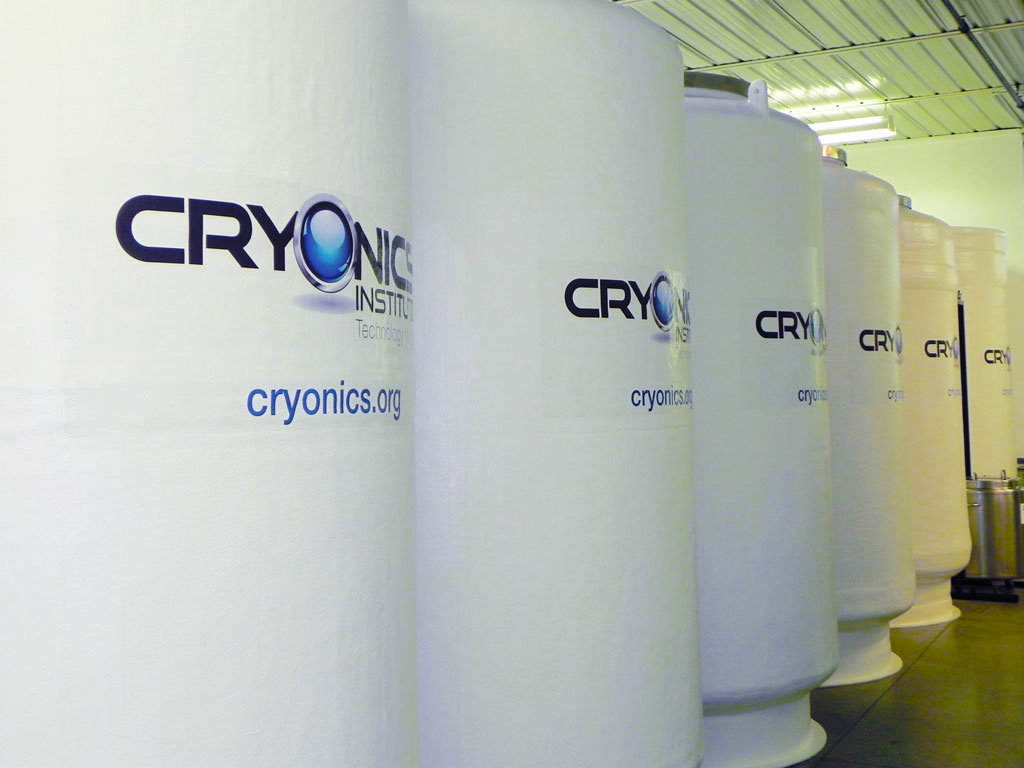 Cryogenics, also known as cryonics, is a form of preservation involving the storing and preservation of a body at very low temperatures in hopes of one day reviving and repairing the body. Although to date no humans have been revived after freezing, some scientists think they are coming closer to making revivement though cryogenics a real possibility. Recent reports of a terminally ill British teen being frozen upon her death have brought cryogenics and the ethical debates surrounding the topic back into the news.

Since the girl was a minor, her parents were able to choose what to do with her body after death; however, they could not agree. The girl, whose identity remains anonymous due her young age, “had carried out internet research into cryonics” before deciding to have her body frozen after death. While her mother supported her daughter’s dying wish, the teen’s father – who did not play an active role in her life – was concerned about these plans. Kathryn Snowdon from the Huffington Post reports that a court hearing before the girl’s death ruled in the mother’s favor, resulting in the body being transported to the United States for freezing.

Though this particular case seems to have honored the wishes of the deceased, it does bring up questions about who gets to decide the fate of a deceased minor’s body. In the UK it appears that these situations are usually handled on a case-by-case basis, in a court of law if need be. Since the body now resides in the United States at a cryogenic institute, does the company or the mother get to decide what happens next? It is unclear who will decide if or when the body will be restored, and who will care for the girl should she be revived.

Though the girl’s father has come to terms with the preservation of her body, he is still concerned about the future. According to Snowdon, the father said during the court hearing, “even if the treatment is successful and she is brought back to life in, let’s say, 200 years, she may not find any relative and she might not remember things…she may be left in a desperate situation – given that she is still only 14-years-old – and will be in the United States of America.” There is also no evidence to support that those who are frozen will maintain the same mental or physical abilities if they are revived.

This recent event also brings out skeptics who see cryonics as an improbable waste of money and energy. Some academics are quick to point out a lack of scientific evidence supporting cryonics, as well as the fact that cryonics has not seen any successful human revitalizations to date. Mirroring the girl’s father’s sentiments, some believe that cryogenics is a scam that tricks vulnerable people into spending money for an unlikely outcome. However, most cryonicists do not claim to have a foolproof plan yet, but are actively working towards using cryonics as a real possibility for extended life in the future. According to the Cryonics Institute in Michigan, where the girl’s body is being stored, “cryonicists are people who believe this future is not only possible, but highly probable and who have decided to take action in the present for the chance at a renewed life in the future.”

Because cryonics is currently so controversial, many top scientists are often hesitant to become involved in the field for fear of ridicule, which could in turn be holding possible progress back. One cryobiologist urged other scientists to help with the cryogenic mission, imploring: “It is very risky to say that anything is impossible in science or technology in the 21st century – people who use the word impossible are very brave… if you are looking for the truth, why would you put barriers up?”. Though there does appear to be a long way to go before a human cryonic success is possible, it is important to remember that we often take for granted other endeavors that were once deemed impossible, “such as in vitro fertilisation, space travel and organ transplantation.”

Similar to in vitro or organ transplants, cryonics may be criticized as a way for humans to play God, by using scientific means to cheat death. Just because the law has found cryonics perfectly legal in many instances, this does not mean that everyone finds the practice morally upstanding. Philippa Roxby from BBC points out “some would say it is selfish to prolong life, particularly if people have lived to a respectable age, when the world is already over-populated and there are finite resources.” In response, others would argue that what happens with one’s body after death is a choice garnered by free will. Eventually cryonic preservation may be as mainstream and accepted as cremation or different forms of burial. There is also an argument that cryogenics could serve as an alternative for the equally polarising practice of death by euthanasia.

In the face of the landmark decision granting a terminally ill teen her dying wish or being frozen in hopes of a second chance at life, much debate surrounds the field of cryogenics. Though cryonics remains to be a controversial topic, there is no doubt that the progress and popularity of the field is growing rapidly. The future of those cryonically frozen is unclear, but for the dead, it may be worth the risk.