Identity and Pluralism in Merkel’s Call to Ban the Veil 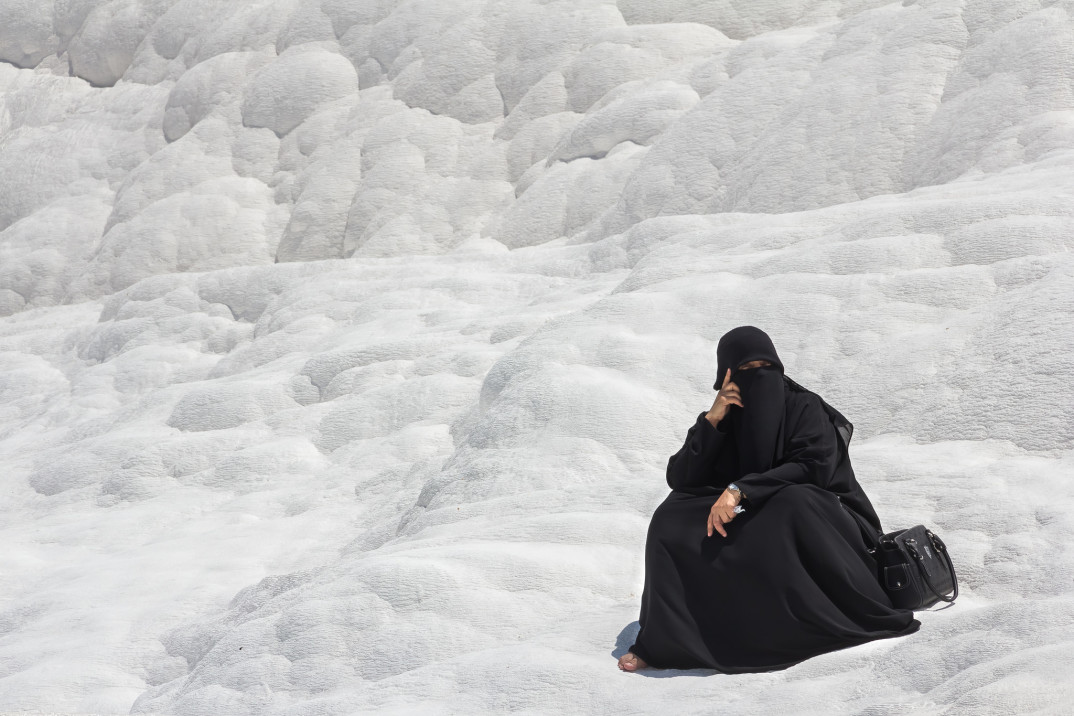 Germany would be far from the first country to ban the veil. France was the first Western European country to do so in 2011, with the administration using the reasoning that the veil is a vehicle of oppression of women as justification for the fines imposed on women who leave their house with their faces covered.

Despite the fact that a number of countries in Europe, including the Netherlands, Italy, Belgium, and Switzerland, have some sort of legal restriction on the wearing of headscarves, this is the first time the prospect of a federal ban on the full veil in Germany has been raised (Though half of Germany’s states have banned teachers from wearing headscarves after a Constitutional Court case in 2003). That leadership in Germany have joined the movement against Muslim headscarves speaks to a shift in approach to what has long been a thorny question. How can a nation balance a liberal respect for pluralism and the autonomy of its citizens while at the same time preserve a national identity?

Merkel said in her speech defending the idea of the ban: “The full veil is not appropriate here, it should be forbidden wherever that is legally possible. It does not belong to us.” Her move towards banning the veil has widely been taken as a tactic to mitigate the negative response to her allowing hundreds of thousands of migrants to enter Germany in the wake of the migrant crises of recent years. What it means to be German is implicated in the discussion, and the public display of practices that are interpreted to be “foreign” are less than welcome in the current climate. Thus, the proposal of a ban on headscarves will likely help Merkel gain support of constituents who have been less than pleased with her handling of the migrant crisis and its effects on the economy and other aspects of German life.

Bans like these bring out the tension between the formal and substantive values underlying modern liberal societies. On the one hand, there is a commitment to allowing people to live as they wish: the value of protecting civil liberties and individual autonomy, which is a formal value (it does not implicate any particular value systems or commitments to promote). On the other hand, there is a commitment to promoting something resembling a national identity, values which would be German, or French, or British, or American, which would be substantive.

This formal commitment we can call a commitment to respect autonomy, or the value of pluralism. This is the value in respecting an individual’s autonomy in shaping her life according to her values, especially in practices that are in significant areas of life. Practices and choices regarding child-rearing, partner selection, educational strategies, meals and dietary customs, burial and worship, etc. shape the meaning and significance of our lives. Crucially, at the root of this commitment is the notion that there are multiple reasonable value systems that could shape a good life, and therefore in order to have a society that respects all individuals, it must acknowledge that they could arrive at different ideas about how to live. Given a full set of human competences, well-informed people can disagree as to what will constitute a life well-lived.

It can be important to one family to raise children in authoritarian, achievement-focused manner. In another household, particular eating practices could be highly significant. Expressions of religious belief and worship vary from diet to clothing to structural family choices. These practices are ways that the world and life makes sense to us and is meaningful, and in the last few hundred years especially, societies have trended towards more pluralist approaches to governance where citizens can hold a variety of value systems and fully participate in the government and society.

France has embraced a further value: a deep separation of church and state, in other words, a commitment to secularism. Public spaces are meant to be free from “conspicuous” displays of religious expression. For instance, displays of religious expression in public schools have been banned since 2004, and this restriction has been met with wide public support: BBC reports, “Most of the population – including most Muslims – agree with the government when it describes the face-covering veil as an affront to society’s values.” The justification for these restrictions is largely framed as an appeal to what it means to be “French,” and the substantive values that come with citizenship. This is a move away from pluralism, a move towards the promotion of particular nationalist values.

The commitments here are distinct from a commitment to pluralism and a respect for autonomy, for expressions of differing values (specifically, values that arise from religious commitment) in certain public places are outlawed. It is telling that along with a fine, the sanction for wearing the full veil includes taking a class on citizenship. Despite being the country with the largest Muslim minority in Western Europe, in order to be a proper citizen of France, expressing this religion in particular ways in particular places is legally prohibited.

The value of pluralism is underwritten by the notion that there are multiple ways of living that may be equally valid, or at least that are not inherently wrong. With a commitment to secularism, France is avoiding saying that these practices are wrong, and instead saying they are not appropriate for the public sphere (though President Sarkozy, who was in power and behind the ban on full veils, cited the oppressive nature of the veil at the time). Attempting to outline appropriate behavior for the public sphere, while maintaining that individuals can live according to their values in private is giving priority to the commitment of secularism over pluralism, which is relegated to a particular sphere of life.

A commitment to secularism could be underwriting the current move in Germany, with the foreign minister’s language citing the veil’s inherent conflict with Germany’s “open society”, and Merkel claiming that the veil “doesn’t belong to us.” The foreign minister seems to attempt to appeal to formal values of German society – values that wouldn’t favor one religious or secular value system over another – when he mentions the importance of communication: “Showing the face is a constituent element for our communication, the way we live, our social cohesion. That is why we call on everyone to show their face.” This would suggest that the issue isn’t with the expression of religious faith that is foreign to Germany or an oppression inherent in wearing the garment, but rather that Germans have a formal commitment that this specific instance of religious expression is in conflict with. If someone is covering their face, the suggestion is that communication is undermined. (Our ability to successfully communicate via a plethora of digital media would seem to be a counterexample to this appeal to the necessity of seeing the face of our interlocutor.)

The restriction of public expression of personal adherence to a value system has been justified on a variety of grounds recently in Western Europe. Whatever is taken to justify it, the case must be weighed against the nation’s commitment to pluralism, and the extent to which the nation wishes to preserve that value as part of its national identity.