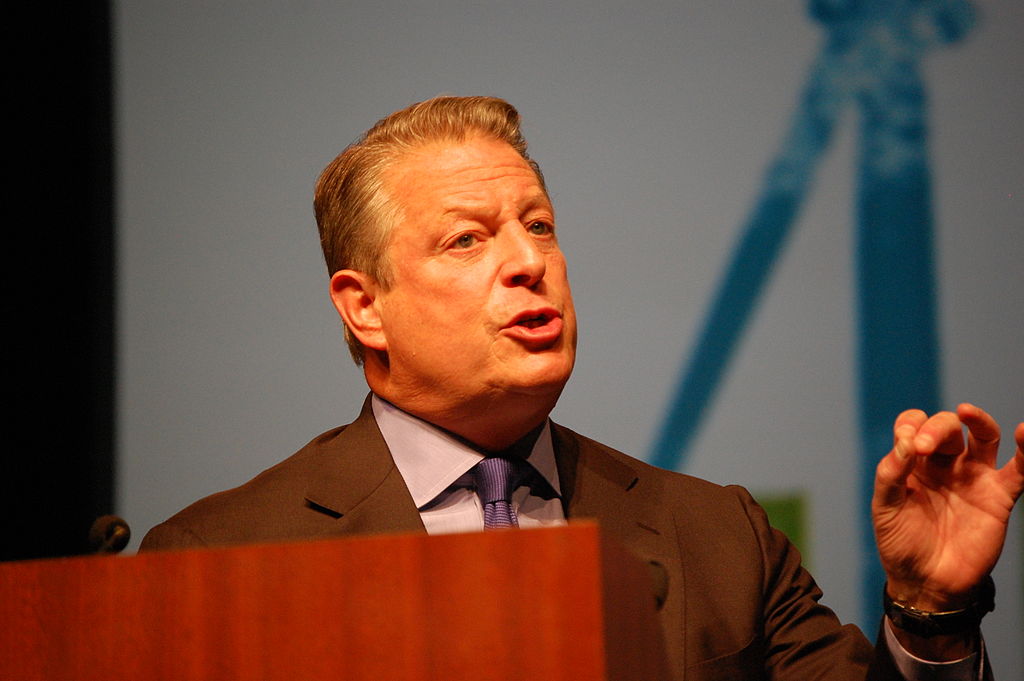 “Al Gore at Power Shift 2011 in Washington DC” by Kasey Baker is licensed under CC BY 3.0 (via Wikimedia Commons)

Former Vice President Al Gore is making headlines after his meeting with President-elect Donald Trump on December 5th. After the meeting, he sat for an interview with the Guardian about their conversation  and the election in general. In the interview, Gore stated that, for the sake of the environment, we do not have “time to despair” over the results of the election and that “despair is just another form of denial.” Gore is known for his environmental activism, most specifically his documentary, “An Inconvenient Truth,” which highlighted the urgency of climate change in 2006. Gore even won the 2007 Nobel Peace Prize for his efforts to combat climate change. Though many environmentalists might agree with Gore, are his statements acceptable? Is it fair to compare grief from the election to denial? And is Gore failing to recognize the marginalized identities that are at stake as a result of the election?

On one hand, Gore is correct about fighting climate change being “a race against time”. Regardless of the outcome of the election, climate change is a pressing issue that requires immediate action. With 2016 poised to be the hottest year on record, the conversation regarding climate change is beginning to shift to adaptation as well as mitigation. There are over 400 ppm of CO2 in the earth’s atmosphere,well above the 350 ppm that has been suggested by scientists. Additionally the effects of climate change are already being felt around the world. Because we are in the midst of climate change and not the forefront anymore, it is valid to point out that grieving will not immediately solve the issue at hand. Gore is optimistic about our ability to do so, stating that, “We have to win this struggle and we will win it.”

However, some might find Al Gore’s statements as not only insensitive but straight up incorrect. Though environmental issues like climate change are time-sensitive, does that make them more important than issues of race, gender and income inequality?

The issue at hand goes beyond Gore’s statements and into what role and priority environmental issues, specifically climate change, play in our modern society. This determination might differ from person to person based on personal experiences and societal status. However, it is fair to point out that environmental issues affect all of us collectively, regardless of orientation, status, or race. So where does Gore go wrong? Perhaps it’s not just the implication that environmental issues should take precedence over all other issues, but instead the framing of this implication. Gore stated that, “We don’t have time to lick our wounds, to hope for a different election outcome.” Such a statement demeans the grief and fear many are feeling over the election to a surface wound, instead of a deep one. It seems as though Gore is throwing identity out the window.

Some might argue it is not only acceptable, but even people’s right to grieve following this election, especially if they are a part of a marginalized group whose safety is potentially at stake. With the appointment of Steve Bannon, an accused white supremacist, and the consideration of several Supreme Court nominees who are opposed to abortion rights and gay marriage, the lives of many people may radically shift in the next four years, regardless of the changing climate. Some might also point out the Gore is a wealthy and established individual with a relatively privileged position that makes him safe from the social, economic and political effects of this election.

There is no denying that fighting climate change will require personal and political leaps and bounds. We must also recognize that the environment is not the only issue, and though it seems pressing to many, some find issues of identity as more pressing, especially if they are personal. Perhaps in the future, Gore and others, should be more considerate of what role personal identity plays in grief and the 2016 general election.