Classical Music and the Cost of Perfection 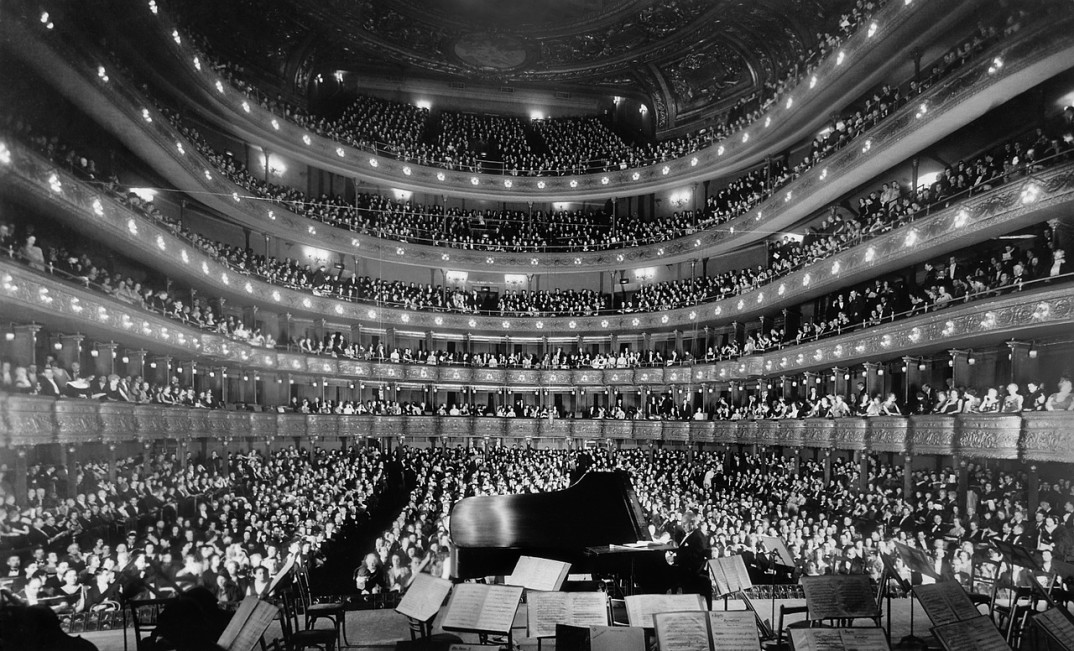 Growing up, I always knew I wanted to be a singer. I was that child who always told her friends and family that she was going to be on American Idol when she turned sixteen, but was actually talent-less, which usually fostered an encouraging pat on the back and an “oh, that’s nice, dear,” from amused adults. Thanks to several outstanding music educators, I fortunately grew into my voice in high school, and decided I wanted to pursue a career in opera.

When I entered college, I was so excited. I was finally getting the opportunity to focus on and perform the music I loved, and to be inspired by others who felt the same sort of passion. I soon learned, however, that music school was much more intense than I had imagined, and I felt vastly unprepared. In the first week of school, all first-year music students had to take a music theory diagnostic in order to be placed in the appropriate level of classes. However, if you got below a certain percentage on the diagnostic test, you would be placed in a remedial music theory course, which, in short, effectively meant that you could no longer be a performance major.

I failed that exam. I didn’t just receive a poorer grade than I’m used to getting; I actually failed – I got below fifty percent. I was absolutely devastated when I received this news. All the dreams of pursuing a career in music crumbled before my eyes after one single placement test in the first week of college. Fortunately (or not?) more than half of the freshman class also failed the exam, and the school simply didn’t have the capacity to accommodate that many students in a remedial course. Instead, we were all placed in Music Theory I, and essentially let off with a warning. This was my first real taste of the industry I was entering. The only difference being that in the post-college real world, there would be no second chances.

This leads to the question: what are the payoffs and consequences of pursuing a field that demands absolute perfection from its professionals?

Certainly, musicians today are more trained and educated than musicians at any other point in our world history. Mozart would have never heard his operas performed with the same technical skill and mastery executed today. (This is not to say that performances during Mozart’s lifetime were poor-quality, just that there is more opportunity for technical music training now than has ever before existed). Audiences have come to expect perfection when they attend a classical performance, particularly because it is such a “high-brow” art form; mistakes are somewhat of a novelty. If you are attending a performance by a reputable company, you can expect top-notch quality musical excellence and perfection.

Consequently, however, musicians’ mental health is suffering. Though many fields are competitive, few are as demanding and as taxing on the body as professional music. Musicians’ mental health is suffering, and the issue deserve much more attention that it’s getting. Recently, Health.com published an article that stated that 9% of music professionals have reported having a major depressive episode within the past year. In an impossibly competitive career that demands perfection, this is not so surprising. Not only can the pressure of perfection be taxing on musicians, but the fact that income is not steady, success is subjective, and hard work is not always appreciated by critics and audiences can also be major sources of anxiety and other mental health issues.

Perhaps one of the most pressing sources of mental health issues stems from the physical demand on a musician. Just like athletes, a musician’s entire livelihood is dependent on their physical well-being. If an instrumentalist gets tendinitis, or if a vocalist becomes ill and loses their voice, they will not be able to practice or perform for a period of time, and sometimes even permanently in extreme cases. If the ailment falls around the time of an important audition or performance, they lose the opportunity. Though there are obvious steps musicians should be taking to take care of their bodies, sometimes illness is inevitable. This is particularly concerning, considering many musicians tie so much of their identity into their who they are as a musician. Musicians are often socially isolated, spending hours practicing alone each day. Lack of social interaction with others can lead to major depression and questions of self-worth as well.

If this is the type of demanding career many students are chasing, whose responsibility is it to ensure that students and professional musicians alike are receiving appropriate mental care?

Part of the solution certainly lies with the individual. Knowing that they are entering a competitive field, young student musicians should learn to buck up a bit and take criticism for what it’s worth. It is also important for the individual to not overcommit themselves to more than they can handle at any particular time. If a particular project is stressing a musician out, they should be aware of their mental limits enough to cut other things out of their life that could be contributing extra stress. For people who struggle with mental illness, however, this is easier said than done.

Some responsibility must also lie in the role of collegiate-level music educators. Though I have no evidence to support this theory, it seems as though many music institutions are more concerns with personal profit and producing good numbers than actually producing high-quality, prepared musicians. For example, when I was visiting schools my junior and senior year of high school, I visited several “top fifteen” music school giants who had incredible reputations. At the very first one I visited, one student flat-out told me that there were no performance opportunities from undergraduates. This seemed a little backwards, considering I wanted to go to school to obtain a music performance degree. The competition with graduate and doctoral students left undergraduates to fend for themselves, and try to claw their way to the top. Personally, this seemed unhealthy, and was giving prospective students the false impression that they were at one of the finest institutions in the country, when in fact, they were simply there to be spit out for good statistics for the university. This is not to say music students should be babied and spoon-fed materials, because that would also leave them vastly unprepared for the professional world they are entering. Rather they should be nurtured in their developing stages, while still being pushed with a rigorous curriculum and environment. Additionally, music schools should take initiative and provide their students with educational resources about mental health in the music industry. It is essential that music schools do not shy away from the topic, taboo as it may be, because understanding the mental taxation that can come with being a professional musician, as well as how to appropriately deal with it, it is critical to professional development.

Furthermore, some moral responsibility could lie in the broader classical music community. A quick Google search would tell you that almost no one is talking about this issue, though if you ask any student or professional musician, they would probably acknowledge that mental health is a pertinent struggle with which either they or their peers have struggled. At this point, changing attitudes about perfection in classical music would be near impossible, as it is so ingrained into our cultural expectations. In some aspects, audiences have come a long way in how they perceive the mental health of professional musicians. Beethoven became severely depressed and suicidal when he began to lose his hearing later in life. Fans were certainly aware of this, but romanticized his despair and saw his “tortured artist” image as a sort of ideal for what audiences should value in their music tastes. Mental disparities of musicians are definitely not romanticized anymore, however instead they are no longer talked about whatsoever. Mental illness has become so taboo that creative professionals who struggle with it are increasingly isolated and cut off from professional performance opportunities. It is crucial that audiences and music professionals are aware of mental illness issues among musicians, and work together to combat it from a broader perspective.

My dreams so becoming a professional musician turned out to be a bit less romantic than I imagined as a child. This, however does not mean that art is not worth pursuing. Instead, it is a call to all those in the professional music community to think critically about the way our field affects our mental health, and the adverse effects that poor mental health can have on a career. It is critical that all people in the music community evaluate their role in preserving the mental health of themselves and their peers.