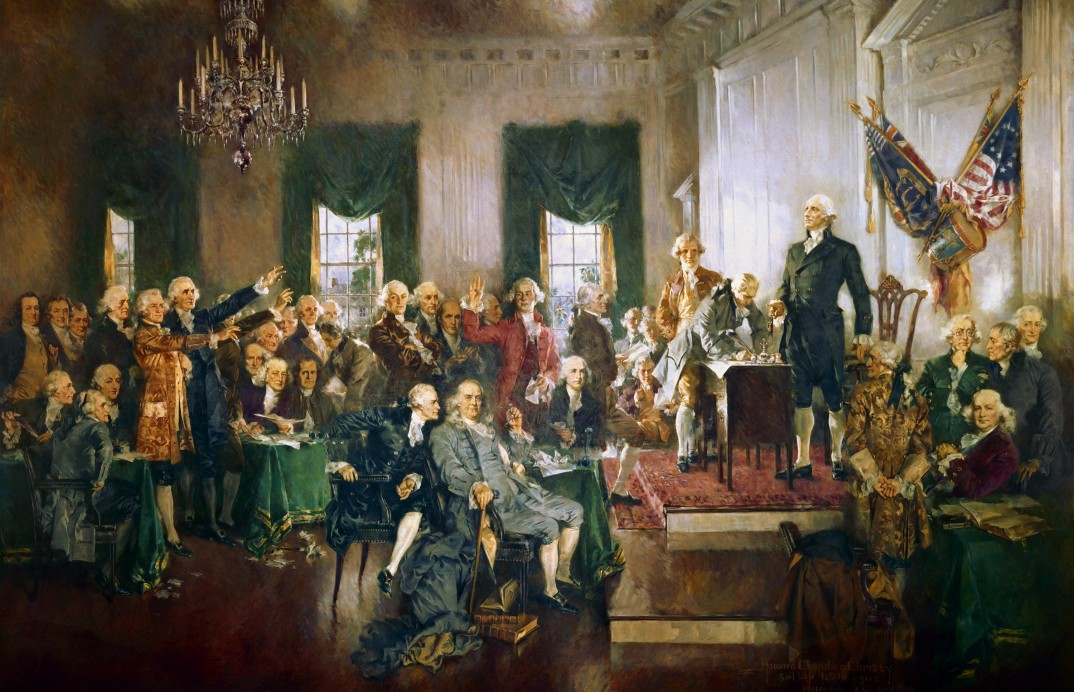 In response to the election results, many people are calling for an end to the Electoral College. For some, this call may be simply an expression of frustration with the result and hope that there might be some possible remedy.  Other opponents have expressed more principled objections.

The framers of the United States Constitution discussed the presidential selection process at great length.  Like most of the decisions that they had to make in order to successfully draft and ratify the Constitution, principles and processes had to be proposed that offered a reasonable balance between the interests of a unified, federal government, and the autonomy of the individual states.  No state would want a presidential selection process that would leave them incapable of or unlikely to have a significant role in the selection of the leader of the country.  Options that were discussed included: a direct democratic process, selection of the president by Congress, selection of the president by the state legislatures, and a more complicated version of the current Electoral College system.  The Electoral College was the method that was eventually agreed upon. Practical issues with the original method led to the passing of the 12th amendment, which outlines the way that it presently functions.  Many people are unaware that the Electoral College is not simply the name of the election process, but is actually a group of people who must cast votes.  The number of votes to which each state is entitled is equal to the number of senators they have (which is always two), and the number of U.S. representatives they have, which is, itself, determined by the state’s population.

In the current political climate, no one seems to be arguing that the president should be selected by Congress or by state legislatures.  Rather, the debate turns on whether we should continue to employ the Electoral College system or if, instead, we should select the president based on the results of the popular vote.  Some argue that the considerations that motivated the selection of the Electoral College process are as reasonable now as they were when they were considered by the founding fathers.  Others view the process as an archaic barrier to a method of voting that truly represents the will of the people.  Only when the governed are allowed to truly participate in the selection of their representatives, some argue, is a representative government legitimate and fair.

There were several important motivating factors in the selection of the Electoral College procedure. Some of the concerns do, indeed, seem to be relics of the past.  A countrywide campaign would have been much more challenging in the early days of the country, without swift forms of transportation and communication.  Reaching people on that kind of a scale would have been difficult for a candidate. In the absence of knowledge about or acquaintance with candidates from other states in the union, the concern was that citizens would always just choose a candidate from their own state, making selection of a single candidate by popular vote difficult.  Of course, it is much easier to become knowledgeable about candidates now, so many of these concerns no longer apply.

Proponents of the Electoral College argue that concerns about true representation of interests are as relevant today as they were when the framers drafted the constitution.  Though advances in technology may do something to increase cultural unity, life in rural areas is still quite different from life in cities that are more populated.  Selection of the president by popular vote would only represent a narrow range of values.  Some view direct democracy as inconsistent with the message of a country in which every person has the freedom to pursue their own idea of the good life.

Those in favor of the Electoral College argue further that the system motivates candidates to work hard in all states, not just in those with large populations.  They argue that this makes the inclusion of a diverse set of values and concerns in the platforms of the various candidates more likely.

Many who oppose the Electoral College process disagree that it ensures that candidates care about the interests of citizens across the country.  The founding fathers expressed disdain for political parties, but the two-party system is entrenched in our contemporary culture.  Many states consistently vote for candidates from a single political party.  Candidates rarely work for votes in states that they view as already decided.  In our current system, we face a similar problem to the one that the founders articulated for the system of direct democracy, only candidates, instead of focusing only on states with large populations, focus instead primarily on swing states.

Crucially, opponents of the Electoral College view it as procedurally unfair.  They argue that fairness requires counting the vote of each and every citizen who participates in the process.   No one person’s vote should be worth more or less than the vote of any other citizen.  Critics are also concerned that, if they live in a state that consistently votes for a party with which they do not identify, their vote never matters.

At the end of the day, this debate isn’t simply about whether we should abolish the Electoral College.  It’s a debate about what is really worth representing in our representative democracy.  Is it diversity of values or is it the autonomous choices of individual citizens?  Which process, if either, is truly fair?