The White Lies of Everyday Placebos 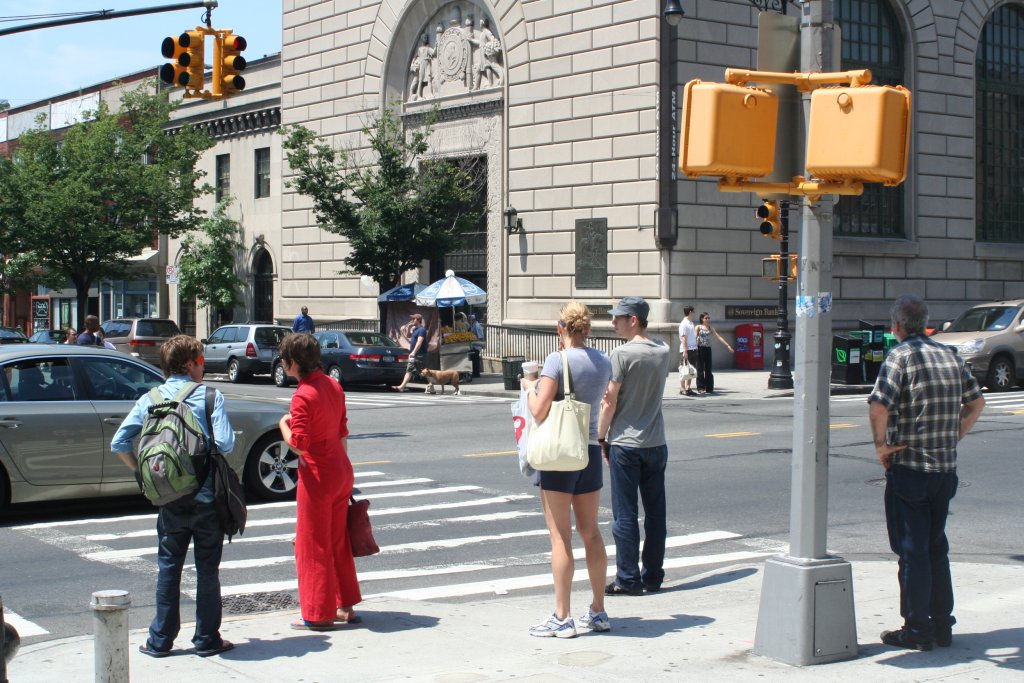 Many are familiar with the placebo effect in medicine, but placebos surround us in many other walks of life: in some cases, actual crosswalks. We are given a false sense of control and order through a multitude of details of modern life.

Blogger David McRaney calls buttons that don’t work “placebo buttons,” and in fact, The New York Times has reported that most of New York City’s crosswalk buttons belong to this category — more than 2,500 have been deactivated in the course of updating technology and completing construction projects. Because most of the city’s intersections are now run on choreographed computerized systems, the need for crosswalk buttons is eliminated. However, the signs proclaiming that pushing the button will trigger a walk signal have not been removed.

According to the same New York Times article, it is a similar story in the case of elevator door-close buttons and office thermostats. Elevators are required by the Americans with Disabilities Act to accommodate those with wheelchairs, canes, or crutches, and most door-close buttons have since been phased out of existence. Meanwhile, in many office buildings, the visible thermostats that seem so enticingly alterable are actually false. 51 out of 70 employers surveyed installed “dummy” thermostats, which “cut down the number of service calls by over 75 percent.” This false sense of control is purportedly “mildly therapeutic,” according to psychology professor John Kounios, who calls these small deceptions “white lies.”

Whether or not you find these “white lies” bothersome is a matter of personal reflection, but it does beg the question: is it ethical to lie to people for their own comfort? Of course, this question is at the heart of medical placebos, which have been the subject of considerable debate. In clinical situations, the placebo effect often “involves deception and therefore violates patients’ autonomy and informed consent.” Certainly, in these “real life” cases of placebo buttons, a type of deception is occurring. Does this practice also violate a person’s autonomy and informed consent?

Much like cases of the placebo effect in medicine, the New York Times reports that people “‘felt better” knowing “that they could control the temperature in their work space,” even when the control is completely imagined. But like the clinical case, it works better when the “patient” is unaware — it is the belief that the “cure” will work that seems to give results. Even when the room isn’t actually getting warmer, changing the dummy thermostat gives the appearance of aid. However, one study pointed out that placebo treatments could be “the most effective treatments available for many chronic conditions and can be accomplished without deception.”

The same 2008 study claimed that between 46 and 58 percent of “US internists and rheumatologists engage in recommending placebo treatments” to patients of chronic pain. These placebos were typically vitamins or other benign treatments, which, though not necessarily associated with the patient’s symptoms, were neither completely inert nor incorrect treatment options. Physicians presented such placebos to patients with the preface “potentially beneficial medicine or treatment,” instead of calling them placebos outright. As is identified by the study, however, prescribing antibiotics or sedatives where they are not necessarily needed is a morally unstable ground, because the practice exposes the patient to clear risks. And while this study only examines medical placebos, we can map the distinction it makes only our “everyday” placebo effects. The physicians’ caveat gives a semblance of patient complicity in the placebo treatment, where with many of our everyday examples, the ability to be complicit is completely removed.

“Your whole life, you’ve pressed buttons and been rewarded. It’s conditioning at its simplest,” writes blogger David McRaney. But is there a line between this simple idea of being conditioned to hit a button on the street and a more deliberate form of misdirection, such as the dummy thermostat? Though largely the effects of such small misdirections can help mental health and even cause one to feel more comfortable, do we have the right to give or refuse our consent first? Ultimately, we have to examine the many tiny, seemingly ineffectual choices that we believe we are making and ask whether we should be made aware of their futility.