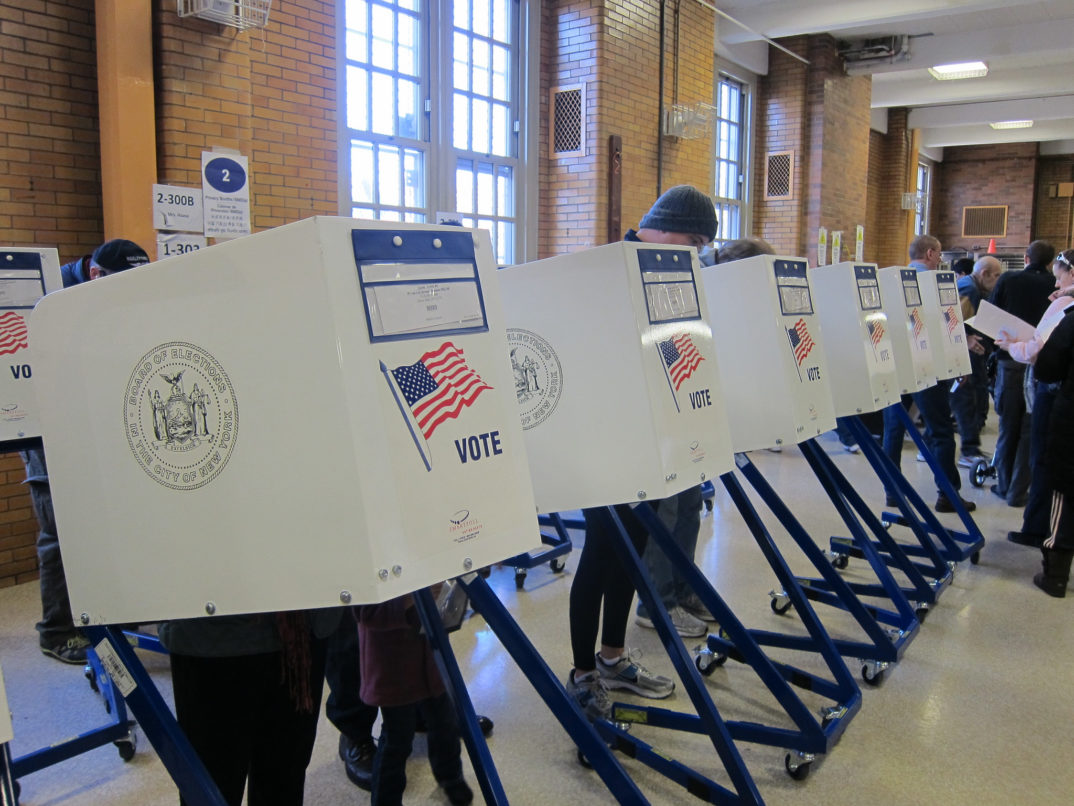 Voter turnout in America is infamous for being extraordinarily low. Consistently, between 50% to 60% of eligible voters actually turn out to vote in presidential election year; the number is even lower during midterm elections, when the election is perceived as lower stakes. The 2014 midterm elections saw a dismal turnout of 36%. In 2016, voter turnout was at a 20-year low, with 55% of the age-eligible population voting in the presidential election. This means that a very small percentage of the country actually votes for the winning presidential candidate, and/or the members of both Congressional chambers, and that nearly half the country does not participate in the selection process. Some countries have taken what appears to be a drastic approach to resolving this problem: compulsory voting.

More than 20 countries around the world have adopted compulsory voting programs. Compulsory voting is just what it sounds like: by law, all those who are eligible to vote must vote. While compulsory voting sounds like a policy that would take place in an authoritarian regime at first glance, compulsory voting laws tend to have relatively lax punishments for refusal to vote. The Atlantic reports a $20 to $50 fine in Australia for those who fail to have an excuse for not voting, and no laws prohibit voters from simply turning in a blank ballot if they so choose. Turnout in countries with compulsory voting can be as high as 85%. This turnout remains consistent in most elections. Due to the strikingly low voter turnout in the U.S., President Obama endorsed the idea in 2015 when asked about economic inequality.

A compulsory voting law may in fact be beneficial for the U.S. Countries with compulsory voting laws have lower wealth inequity, next to no political corruption, and higher faith in the democratic process. Working class voters who tend to not participate in elections or those voters disengaged from the political process would have to get involved; Australia also experienced a low voter turnout rate before switching to compulsory voting in 1924. Voter disenfranchisement has been a hot topic across the nation for years – whether it’s voter ID laws that restrict access to the polls, elections happening on days in which low-income workers find it nearly impossible to get off work, or polling locations that are not easily accessible. Therefore, the well-off have significantly more power in politics than the average citizen. Compulsory voting laws would serve to level the playing field at least somewhat, giving those who are typically underrepresented a more significant voice, thus forcing politicians to address the needs of those communities.

Some of these issues could also be resolved through expanding access to voting. Some proposed solutions include extending early voting, moving Election Day from a Tuesday to a weekend, automatic registration upon receiving a driver’s license. One issue with compulsory voting laws is enforcement – a $20 to $50 fine every two years isn’t a steep enough fee that most households can’t pay it and have to vote. Laws like this are difficult to enforce when the consequences are not steep. Other experts told Business Insider that, since Americans tend to value individual liberty very highly, adding another mandatory civic duty on top of taxation and jury duty would generate too much political backlash. Finally, compulsory voting tends to make the country swing to the left, since many non-voters lean Democratic. Therefore, predominantly Republican states would likely not support the laws on a state level, and the federal level would likely not be able to implement the laws if Republicans held both or either chamber and/or the White House.

Given that such a low percentage of Americans actually vote in elections, some changes to the voting system need to be made to ensure that Americans are fairly getting their say in elections. While compulsory voting may never be a policy in America, or at least not in the foreseeable future, taking steps to improve voter turnout by revamping the voting process would be beneficial to those who are underrepresented in our democracy.