Bon Iver and the Economics of Art for Art’s Sake 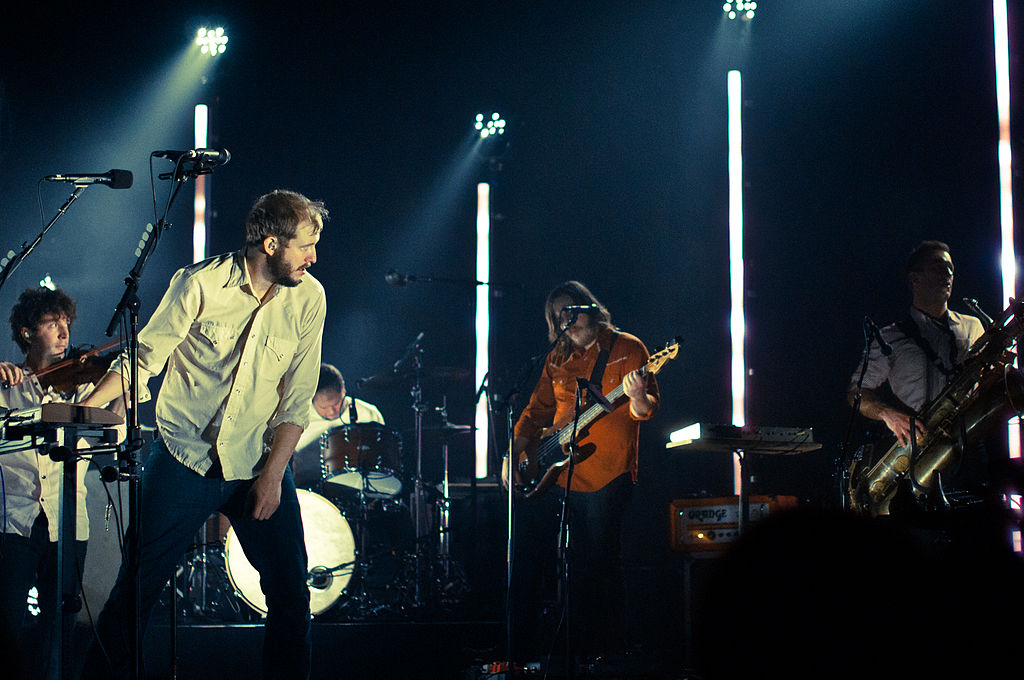 “Bon Iver@Stockholm” by danieljordahl is licensed under CC BY 2.0 (via Wikimedia Commons)

In a recent feature article for Pitchfork, an online music magazine, contributor Steve Marsh follows Justin Vernon, the lead singer and founder of the band Bon Iver, who spent a week in Berlin alongside his band and 85 other artists. Their week-long sojourn in Berlin was framed around creating a series of collaborations that would be presented at the end of the week  to 4,500 listeners in a two-day long nameless music festival. This undertaking coincided with the release of Bon Iver’s third album: “22, A Million”.

As Marsh explains, the music festival’s goal “is to reexamine the enterprise of making songs, to show that musicians are compelled to make music whether there’s anybody to sell it to or not, and to offer a more human antidote to the preponderance of regimented and anodyne mega-fests.” In other words, the music festival’s purpose is to make music for music’s sake, to elicit emotion free from the sterilization of commodification and conformity.  In his own words Vernon described the goal of the festival as “…showing people a different way. Not to say that we’re going to be some ringleaders in some romantic revolución, but if something is going to stick it’s gotta be sustainable economically—to show that there’s value in things that aren’t just multi-billion dollar corporate enterprises. We have to show that there’s real value in what we want to do musically.”

These objectives correspond with Trever Hagen’s–Justin Vernon’s friend–description of  22, A Million’s essence: “… it [22, A Million]  is based on how we have always approached what music can be or do. It is not the perceived power of money and fame that will change the course of events in one’s life, but empathy. Music is a pathway that allows us to listen to ourselves and the people that surround us.” In Marsh’s, Vernons’ and Hagen’s quotes we observe a common thread: music as a vehicle for unearthing emotions and self-discovery.

In his story, Steve Marsh’s  depiction of Vernon displays him on an ebbing quest to comprehend what he is achieving as an artist–outside of his commercial success–and what his work is doing for others and himself. In Vernon’s week-long creative journey in Berlin, there is one powerful underlying question for us all: can anyone nowadays create something that has “real value”?  Well, what is “real value”? It seems that Vernon and Hagen are proposing an alternative to the modus operandi: let’s stop quantifying value financially.  The troubling possibility is that there may be no such thing in our society. This is partly revealed in Marsh’s account of the music festival, since it appears that many attendees were there simply to see Bon Iver; not to mention the 88 euro entry fee to attend–although this is by no means an exorbitant price compared to other music festivals.

The production of “art for art’s sake” is a worthwhile pursuit. As Bon Iver and his collaborators demonstrated,  it opens up new ways of thinking and challenges our current practices in the music industry. However, at the same time it appears that taking on this endeavor is a privilege restricted to artists who have already received renowned acclaim. Otherwise, how could anyone finance such endeavors? Or attract a large audience?( The hotel owner, who hosted the artists of the unnamed music festival for the week, said he lost anywhere from 100,000 to 200,000 euros, even though he had the artists man the hotel bar throughout the week.)

It is challenging not to perceive Vernon’s ambitions as idealistic, but they do pose an interesting and worthwhile challenge that we all (potentially) face on our daily lives: how do we find fulfillment within a society that consistently values objects, people, land, etc. financially? This seems to be a worthwhile question to pursue, not only because financial valuation objectifies that which it values, but because it forces us to explore and break down our perspectives. In doing so, it reveals alternative solutions to problems like global warming: Instead of perceiving nature as an economic resources, we could conceptualize it as a bastion of life that needs to be preserved and left untouched.

This is exactly what Vernon and his collaborators were seeking to do in Berlin, to see the production of music not as a revenue-generating industry, but as a vehicle of our common humanity that is capable of breaking our preconceptions to relieve us from them, momentarily–a glimpse to an alternative.