The Sellout: Satire and Race Relations 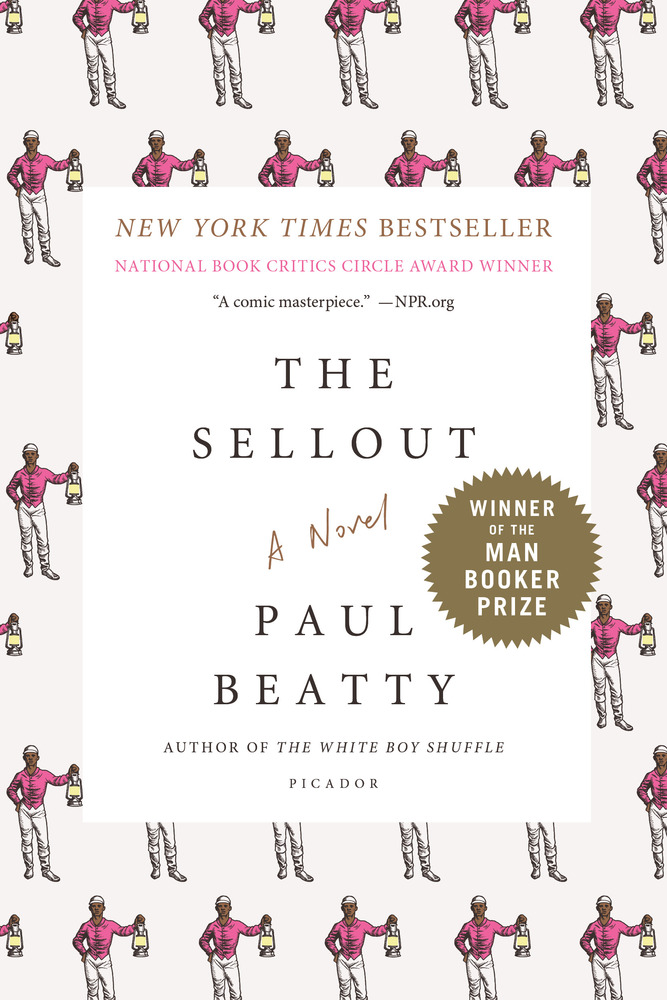 “I’ve been charged with a crime so heinous that busting me for possession of marijuana on federal property would be like charging Hitler with loitering and a multinational company like British Petroleum with littering after fifty years of exploding refineries, toxic spills and emissions, and a shamelessly disingenuous advertising campaign.”

The criminal in question is the narrator of Paul Beatty’s novel, “The Sellout,” who is  sitting in the United States Supreme Court, reflecting on the actions that have landed him there, all whilst preparing a bowl of marijuana, which he will proceed to smoke then and there. What is he charged with? The outlandish charges of owning a slave and segregating a public school—charges that he is actually guilty of committing. Told in reverse chronology, the story is grounded by its setting, the fictional ghetto of Dickens in the outskirts of Los Angeles, which happens to have been recently removed from the map of California: vanished, as if it was never there. The novel follows the narrator’s enactment and plotting of his “crimes” as a way to reassert Dickens, its inhabitants, and put it back on the map.

Beatty’s direct, sharp and unsparing humor elicits outright laughter followed by an aftertaste of reflection. This satirical masterpiece might one day be considered a contemporary parallel to Voltaire’s “Candide,” by taking aim at the spurned discussions and the unaddressed challenges that race poses in American society.  Plain and simple, this book is a must-read. Its success comes from Beatty’s ability to foster introspection through ridicule. By grounding the novel in a place that has recently been omitted from the map of California, it reflects the price of removing people’s sense of identity. By officially becoming a no-place, through Dickens, Beatty might be commenting on the estranged feelings by Americans who no longer feel a sense of belonging in this nation: disparaged by bias and racism. At the same time, the novel is grounded in a multiethnic and multi-class area—Los Angeles—representative of American society as a whole.

By its very nature, satire is offensive. It is meant to provoke a response, a reaction. Its goal is to unveil people’s essence through ridicule, exaggeration and humor. Take for example, the following excerpt from Betty’s novel, when the narrator is discussing the merits of segregating the school with the assistant principal, Charisma:

“Here, in America, “integration” can be a cover-up. “I’m not racist. My prom date, second cousin, my president is black (or whatever).” The problem is that we don’t know whether integration is a natural or an unnatural state. Is integration, forced or otherwise, social entropy or social order? No one’s ever defined the concept…I decided to give my new career as City Planner in Charge of Restoration and Segregation another six months. If things didn’t work out, I could always fall back on being black.”

As we can see from this excerpt, satire passes on judgment and provides an often dramatic interpretation of reality. Therefore, is it appropriate to address sensitive topics like race in America? It can be, but it is a delicate balancing act and Beatty happens to be Phillipe Petit: the man who walked on a tightrope in between the Twin Towers. Betty opens the door for us to prod into challenging topics, problems and ideas of how we are defined by the color of our skin. The novel has been shortlisted for the 2016 Man Booker Prize. A prestigious award given to the best novel written in English and published in the United Kingdom. An award which could help launch “The Sellout” to an even wider audience and higher acclaim.

“The Sellout” has the potential to cure by bringing to light difficult conversations that can be understood and taken apart through humor—with the potential of fostering these conversations, Beatty’s novel is a step towards a solution.