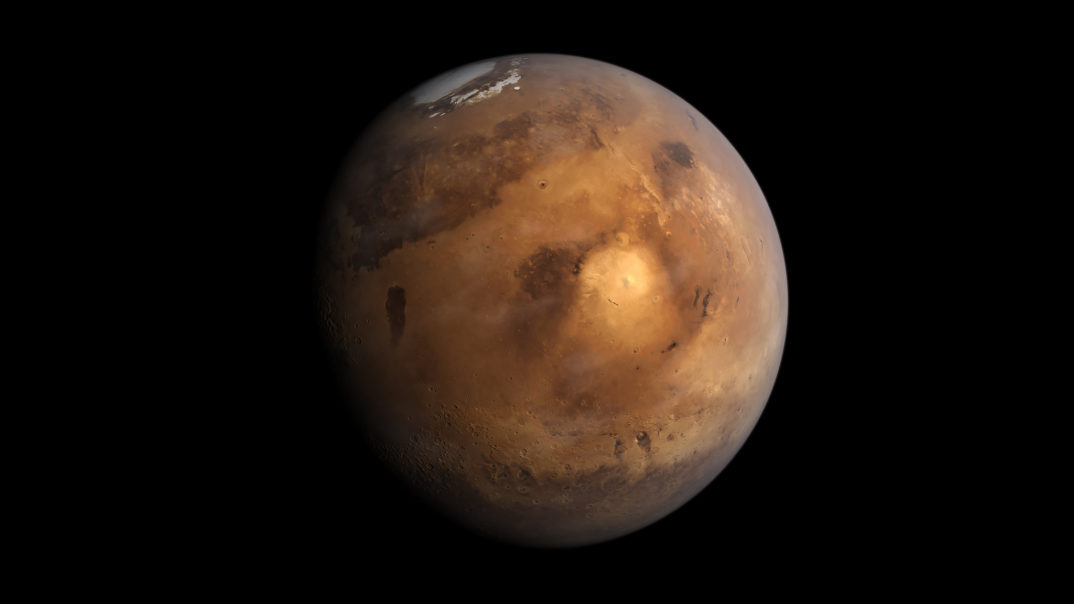 As National Geographic explains, exploring Mars will be much trickier than originally anticipated. When NASA first landed the Pathfinder spacecraft on the surface of the Red Planet, most of the scientific community was convinced that Mars was an arid wasteland, devoid of even the possibility of life. In many ways, their assessment remains true: National Geographic reports that “scientists have cataloged more than a dozen factors” that demonstrate Mars as a “death trap” for most examples of life from Earth.

However, since the discovery of ice on Mars and the possibility of occasional flowing water (due to a type of Martian salt that melts ice that it comes into contact with), life on the Red Planet has become a tantalizing prospect. Though little to no ice exists near the equator of Mars, in the polar regions solid sheets of ice are as close as one foot to the planet’s surface.

Should a rover land in the polar regions with near-surface ice — “special regions” — the impact and heat from the craft’s nuclear reactor could melt the ice and provide a Petri dish for hardy bacteria. Though one might expect bacteria that favor such extreme environments to be extraordinarily rare, scientists report that one variety that might survive on the planet’s surface can be found on our skin and even in cheese.

Despite this seeming miracle, scientists have to ask: do we have a responsibility to protect a planet’s biosphere as we find it? Most have already answered yes, and therefore all space organizations such as NASA require spacecraft to be sterilized before embarking on certain types of missions, according to the Outer Space Treaty of 1967. Sterilization is both a time- and a cost-intensive process, and some scientists believe that such expenditure hinders more important exploratory missions. Because budgets are already shrinking, they argue, resources must be allocated to the most important aspect of space exploration: the search for life.

These scientists report that we have “overprotected” the Red Planet. They hypothesize that over the course of billions of years, it’s very likely meteors bearing terrestrial bacteria have landed on Mars. Thus, a couple different situations might have come to pass.

First, if an asteroid carried Earth bacteria to Mars, “it may have survived on Mars during earlier, wetter times.” Because the surface of Mars has changed significantly in the last few million years, however, the bacteria “would have had to either evolve to adapt to the changing environment, or perish.” So, even though terrestrial bacteria might have been Earth’s first astronauts, and even if it survived on Mars for some time, it most likely can no longer do so, and sterilizing spacecraft is not worth the time and energy.

Conversely, perhaps those hypothetical microorganisms did survive on Mars’ surface and managed to adapt. If this hypothesis is the case, the scientists write that “we can safely conclude that Earth life is already present on Mars” and that “it is too late to protect Mars from terrestrial life.” Indeed, it is also possible that Martian life independent from the hypothetical terrestrial invaders developed alongside one another, and that any bacteria brought to Mars on modern spacecraft would not interact with the indigenous species any differently than the old Earth organisms.

While both these hypotheses are possible, is gambling on precautions worth the risk? By not sterilizing spacecraft, we risk contaminating Mars’ potential ecosystems and endangering future life on the planet. However, if we keep spending money on the decontamination process, we may never see evidence of extraterrestrial life — and both options could come as tragic blows to scientific knowledge.