Immorality in the Electoral College — for Good? 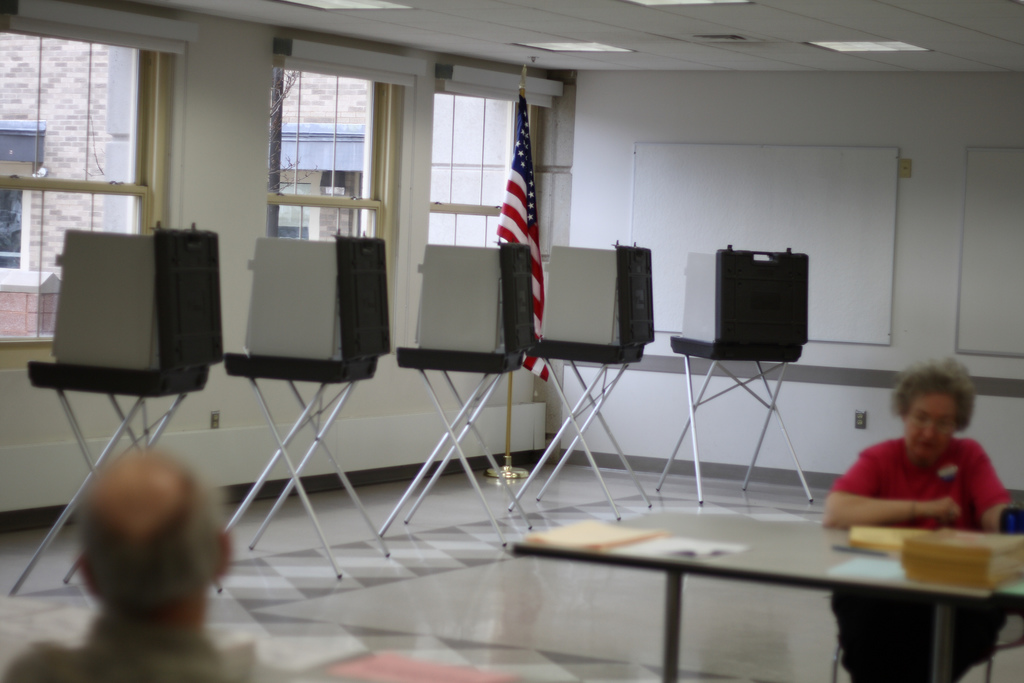 The Electoral College has always been one of the more controversial aspects of the US’s election system. Because it was arranged as a compromise between a parliamentary system and a popular vote, the system has remained obscure, with pressure placed primarily on swing states to solidify the results of an election. Confidence in the Electoral College has fluctuated with elections, most dramatically in 2000, when Al Gore won the popular vote but did not received the necessary delegates to gain the presidency.

Since 2001, more people seem to favor a popular vote in place of the College, regardless of political affiliation. A Gallup poll from 2011 shows a slow but steady increase in voters who would prefer the popular vote to the Electoral College.

Part of the anxiety about the Electoral College might stem from the idea of the “faithless elector:” a member of the College who chooses not to vote for the candidate selected by the political party. Since the inception of the Electoral college, “there have been 157 faithless electors,” over half of whom chose to cast their vote for personal reasons.

But in this fraught election year, does the Electoral College matter? Yes, and possibly quite a lot:  both The Guardian and Politico have now published articles about the possibility of Donald Trump dropping out of the election. Though Trump himself has refuted the possibility of dropping out, one theory doesn’t require him to. Instead, it focuses on the power of the “faithless elector.” As one law professor from University of California (Irvine) points out, even if Trump wins the election, not all the delegates from the states he would have won are required to cast their votes for him. Though 31 states have laws that require electors to follow the mandate given to them by voters, Erich Reimer, a Republican delegate from Virginia, claims that these laws have not been tested in court. Indeed, some precedent from the Ohio Supreme court backs Reimer’s claim.

So, if the Electoral College does have this power, is it okay for electors to exercise it? When so many Americans seem to doubt the Electoral College already, Reimer’s case seems weakened. However, the more complex question is for the electors themselves — where the choice is legally applicable. Must they act as they have been charged by the votes of their states, or can they consult their own moral compasses?

At least on this surface level, acting against the wishes of a state’s voters seems to be unethical. However, perhaps this level of unethical behavior can be excused if the electors believe they are acting in the greater good of the nation. This situation is an interesting theoretical puzzle that also has some precedent: in 1832, 30 electors from Pennsylvania refused to vote for Martin Van Buren for Vice President and cast their votes for another candidate. Though the election of Van Buren as Vice President was unchanged by their actions, they made personal moral decisions. The question remains for them: would a personal decision be the more moral today’s politics?.

Ultimately, the most theoretical, and also most morally troubling, aspect of this situation is the real power swing states wield. For example, a recent Politico poll shows that in the coming election, a poll in Florida holds 7.25 times more power than in Connecticut. This discrepancy fundamentally conflicts with the ideal democratic vote — not all voters will get the same voice in the national election. Regardless of what the electors of the Electoral College decide to do, the national election cannot equally consider every citizen’s voice, revealing a fundamental ethical problem with our election system.