Should EpiPens be as Expensive as iPhones? 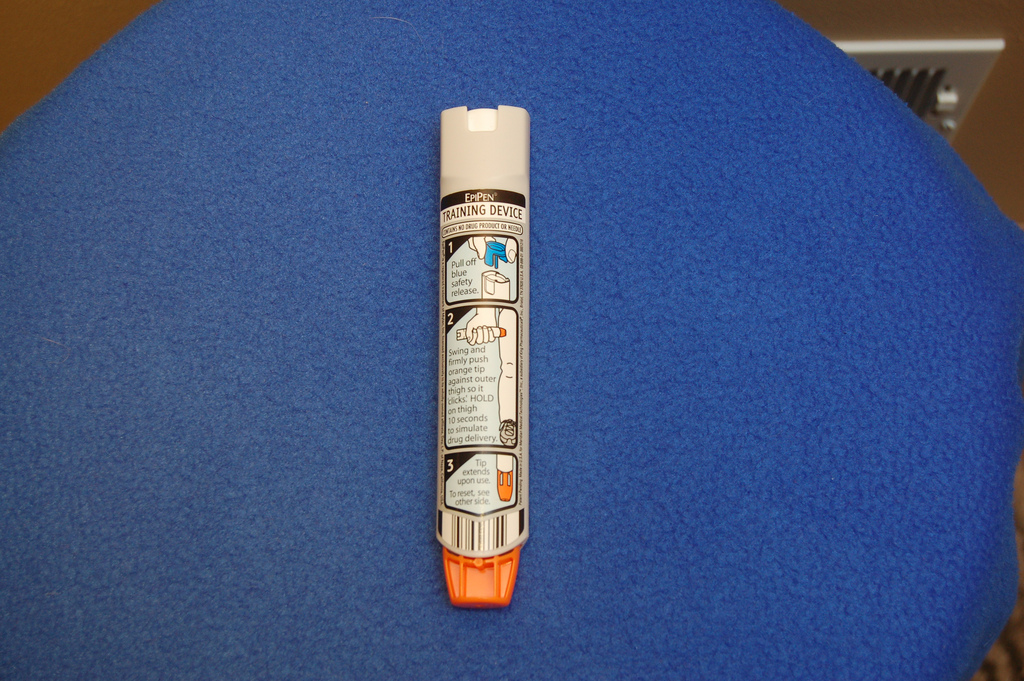 The EpiPen price controversy has been in the news for over a month now. For those not aware of what I am referring to, let me give a short recap. In 2007, a single EpiPen, a device for injecting a drug that reverses severe allergic reactions, cost about $47, according to an August 25, 2016 article from NPR. By this summer the price of a single EpiPen rose to $284. What’s more is that EpiPens are no longer available as single pens, but rather only as double packs. So, the price to fill an EpiPen prescription now tops $600.

This dramatic rise in price, which has made the life-saving drug difficult to afford for many individuals who need it,  has resulted in an unsurprising torrent of criticism and outrage directed against the product’s manufacturer, Mylan. Congressional hearings have been scheduled and presidential candidates have weighed in. Hillary Clinton wrote, “It’s wrong when drug companies put profits ahead of patients, raising prices without justifying the value behind them.”

The U.S. Government currently has no legal authority to mandate that Mylan sell EpiPens at a more affordable price. Our moral outrage may make it seem obvious to us that they should, but let us consider the arguments for what would be a drastic change in U.S. economic policy.

Let us start with an argument against the current status quo, wherein the federal government has almost no legal power to regulate the price of pharmaceuticals. There seems to be a widespread intuition that healthcare—understood here to include both access to necessary pharmaceuticals and routine care from doctors and hospitals—is a morally special good. Otherwise, why don’t people get so upset over the exorbitant costs of luxury goods like the newest iPhone? Philosopher Norman Daniels has offered a rationale for this common intuition in his book, Just Health: Meeting Health Needs Fairly. He argues that healthcare helps protect and maintain human beings’ normal functioning levels, and the ability to function normally in society is necessary for people to pursue the normal range of opportunities open to them in their society.

One widely held principle of justice is that societies ought to promote equality of opportunities. People’s life choices should not be constrained by circumstances beyond their control. Though irrelevant circumstances often considered in this context are things like race, religion, gender, or disability status, one’s susceptibility to having severe allergic reactions is as irrelevant to the worth of a person’s contribution to social life as are those other characteristics. Since healthcare is essential to having access to opportunities, and governments have a political duty to ensure equal access to opportunities, governments have a duty to ensure a level of healthcare for all their citizens necessary to pursue opportunities within the normal range. The EpiPen, in that it helps to prevent the cessation of all functioning (death) in individuals having a severe allergic reaction, clearly counts as necessary healthcare for some people. Therefore, the government has a duty to ensure that it is available to those who need it. Since not being able to afford something makes it unavailable, the government has some legitimate claim to regulate the price of EpiPens in order to make it affordable.

There are legitimate objections to this line of argument. For example, there exist competing interpretations of the equal opportunity principle. While this principle may entail that governments ought not positively interfere with an individual’s ability to access opportunities (e.g., by overtly discriminating against certain groups of people), it does not entail that a government ought to actively promote an individual’s ability to access opportunities by violating other people’s property rights (e.g., the right one may have to sell one’s own property at whatever mutually agreed price can be reached).

Let’s consider another line of argument in favor of allowing pharmaceutical companies to charge high prices that does not necessarily challenge the previous argument’s underlying premise of the special moral importance of healthcare. It is extremely costly and time consuming for a pharmaceutical company to invest, test, and eventually produce a new pharmaceutical for mass consumption. Moreover, pharmaceutical companies often have to invest lots of money in basic research and development that may not bear fruit, in the end. John LaMattina, a former President of Pfizer Global Research and Development argues in Forbes that the pharmaceutical industry invests more of its earnings back into R&D than every other industry. He writes, “If it is in the public’s benefit to capitalize on the knowledge being garnered with the understanding of the genetic causes of diseases, then new patented drugs need to be priced high enough to enable companies to get a significant return on their investment (ROI).”

Without these incentives, new drugs would not get produced. This means that those people who may benefit from these new drugs would not. Why would individuals who need EpiPens have an initially stronger claim than those who people will benefit from future life-saving drugs? If healthcare is morally important, we should not privilege currently existing healthcare goods over the development of future ones.

No doubt, there are some controversial premises in this argument as well. For example, it relies on the assumption that pharmaceutical companies will invest profits to develop life-saving drugs that are at least as valuable, health-wise, as are currently available drugs. However, companies appear to be incentivized to develop drugs that people are willing and able to buy. This may not always coincide with what drugs may be most valuable from the perspective of saving and improving life quality. Though ideal solutions are not always possible in the messy worlds of business and politics, perhaps a compromise solution could be negotiated that ensures both a fair level of profit for pharmaceutical companies with a regulated cap on how high certain drugs can be priced.