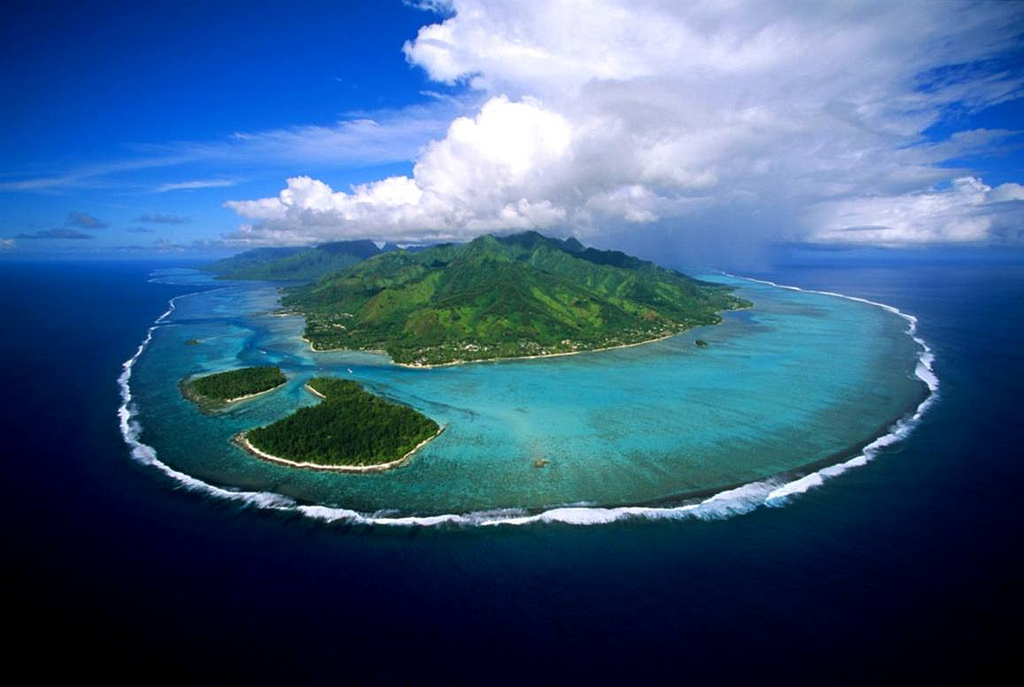 The soon-to-be newest Disney movie, Moana, will be a refreshing addition to Hollywood’s animated films. Set in the Pacific Islands, a Polynesian protagonist sets out on a journey to save her people, discovering her own identity and potential along the way. Disney has released a trailer for the film, which is scheduled to premier in late November. As a corporation potentially making over a billion dollars from this film, Disney teeters a fine line between cultural appreciation and appropriation. It has an obligation and responsibility to maintain cultural accuracy and respect. Though Disney claims that it “has taken great care to respect the cultures of the Pacific Islands that inspired the film,” it did not apply that same diligence to its marketing strategies and has already made a massive blunder in a profit-driven move. Though the movie will come out in November, Disney began offering costumes of the characters in time for the Halloween season. The costume of  Maui, the demigod who assists Moana on her journeys, has galvanized people to speak out about the costume’s inappropriate representation of the Polynesian culture, inducing Disney’s decision to issue an apology and pull its product from the market.

But first, let’s look at what Disney has done right. Arieta Rika—founder of a Pacific storytelling website, Talanoa—shared her enthusiasm for the new film with the BBC: “As a Pacific person, I can’t tell you how excited I am to see this movie. Seeing faces that look like mine, telling a story that relates to me. I just don’t have the words.” Filling a much ignored deficiency in cultural representation in the entertainment industry, Moana provides an opportunity to open a dialogue about Polynesian culture, as well as give Polynesian children a character to whom they can relate.

Moana will not only serve as a more relatable character and role model for Polynesian children, but also little girls in general. She has “a more realistic body shape than most Disney female leads.” Classic Disney princesses, such as Cinderella, Ariel, and Belle, all have “uncommonly perfect and anatomically unattainable” body types with their dramatically tight waists, lack of hips, and extraordinarily thin arms and legs. Sarah M. Coyne conducted a study that assessed the effects of children’s exposure to this Disney body type, finding “that girls with worse body esteem engage more with the Disney Princesses over time, perhaps seeking out role models of what they consider to be beautiful.” Unlike the classic princess frailty, Moana has thicker yet toned arms, athletic legs, and a fuller stomach. The advertisements portray her in confident and purposeful stances instead of whimsical poses. Finally, the movie itself is about Moana saving her people, unlike the Disney tradition of the prince saving the princess; there is “no love interest in the story.”

Yet by borrowing from Polynesian culture, Disney has assumed the burden of responsibility to portray that culture respectfully. Disney has an exciting opportunity to pave a new tradition of greater cultural representation in animated films that is more inclusive. However, failure to do so could result in a reinforcement of stereotypes and the exploitation of another culture’s traditions and values. From the trailer and advertisements, Rika believes,“so far, it looks like Disney has applied four important aspects of Pacific culture: awareness, context, relationship and respect.” The story itself  “was written by New Zealand Maori film-maker Taika Waititi.” A promising step in avoiding the whitewashing of these characters and assimilating their culture, Disney selected actors of Polynesian descent for the voices of the animated characters: Auli’i Cravalho from Oahu, Hawaii, was cast last year at age 14 as Princess Moana “and Maui is voiced by Dwayne Johnson, whose mother is of Samoan descent” as well other supporting characters being played by “several New Zealand-sprung actors who are part Maori.”

However, Disney has received backlash for Maui who may soon just be considered a big and goofy “Disney character to some, but to many Pacific people, he is very real – a hero, ancestor, demi-God and a spiritual guide.” Disney’s animated character will be the first and perhaps only perception of this Polynesian ancestor that children who have not been raised in the culture will receive. Even before the film’s release, there has already been controversy surrounding Maui’s appearance. Some people, upset with Maui’s massive size, consider the “larger-than-life portrayal” of this mythically human ancestor to be “a form of fat-shaming that perpetuate[s] a stereotype that all Polynesian people are obese.” Though this movie’s premise, setting, and casting decisions go against the mainstream of animated Hollywood films, Moana will still certainly fail in its cultural inclusivity if it only reinforces stereotypes.

Yet the greatest controversy associated with the movie thus far has nothing to do with the actual creation of the film. Disney offered a Maui costume that is much more explicitly offensive than his portrayal in the film. The product image that was provided on the Disney website showed a one piece outfit that zips in back. It extends up to children’s necklines, covering their bodies from wrists to ankles with Maui’s tattoos on top of a brown color for his skin. Rope strings the tooth necklace and attaches the skirt made of green and red long leaves at the waist. A curly black wig was also offered as option to go along with the costume. Though a proponent of the film, Rika finds the costume deeply offensive: “I understand the reasoning behind the grass skirt and the necklace, but the brown skin is too far, and the tattoos are culturally misappropriated.” Disney has since pulled the product off the market and issued an apology, saying “we regret that the Maui costume has offended some.”

Chelsie Haunani Fairchild, one of the first and most major voices to oppose this costume publicly, shared her perspective as a Native Hawaiian: “Polyface is Disney’s new version of blackface. Let’s call it like it is, people.” Considering that most of the costume’s fabric was meant to serve as Maui’s brown skin, Fairchild found it “off-putting to have a child wear the skin of another race.” The offense extends past the imitation of  pretending to be of another race and skin color. Tēvita O. Kaʻili, an Oceanic sociocultural anthropologist at Brigham Young University-Hawaii, identified the tattoos—which “would be used in Polynesia by chiefs, adults and those committed to the community”—as problematic since they are “removed from their cultural context by appearing on a Halloween costume.”

“Polynesian peoples believe that a person’s mana, their spiritual power or life force, is displayed through their tattoo”; therefore, this costume would cover children in symbols of religious and cultural significance. Kaʻili views the costume as a clear form of cultural appropriation, which he defined as “when a dominant group takes on the symbols, rituals and practices of another culture ― especially a less powerful minority or marginalized group ― and uses it with little understanding of those symbols or culture.” Disney, as a multibillion dollar corporation, is in the clear position of power.

These costumes harvest and repurpose Polynesian symbols without contributing anything to the Pacific people; in fact, the misappropriation perpetuates harmful misunderstanding and mocking of these important elements of Polynesian culture. The availability of these costumes for purchase assigns a price to imitations of the culture and an Otherness to brown skin that children can use for fun to play dress up.

Moana has the exciting potential to set a refreshing precedent in animated film that will hopefully revise Hollywood’s standards, but since it is profiting from Polynesian cultural material, Disney owes it to the Pacific people to represent their traditions appropriately.