Curing HIV in a Creationist America 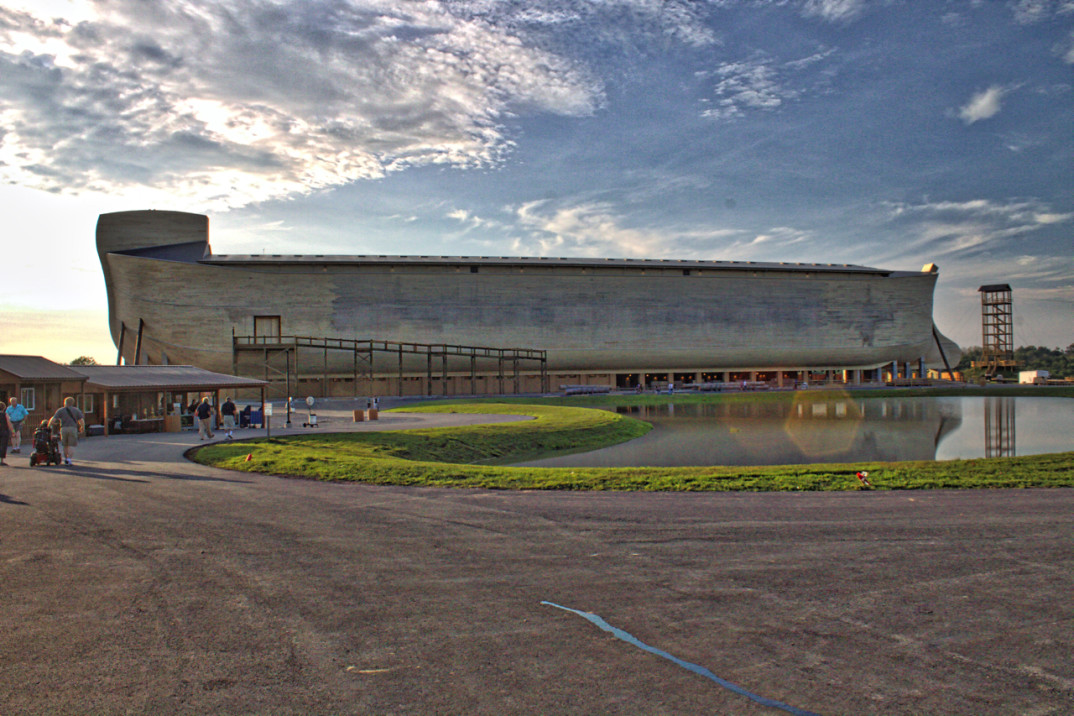 “Ark Encounter” by Jameywiki is licensed under CC BY-SA 4.0 (via Wikipedia)

These children, constituting 5-10% of the HIV infected population, are called “pediatric non-progressors”. In layman’s terms, this means that although these children have high levels of human immunodeficiency virus in their blood, their immune system is not activating. This constant activation in standard HIV patients causes the immune system to become weakened, bringing the onset of AIDS. Contrary, these children are responding to the HIV virus similarly to how monkeys respond to SIV. One early hypothesis is that this unique genetic mutation may be inherited from ancestors who survived the Black Death in Europe. These children in South Africa will likely never develop AIDS, even without treatment.

This discovery is monumental in the search for a cure for AIDS. Is there a way other AIDS patients can benefit from this genetic mutation? Standard treatment of HIV makes levels of the virus almost undetectable in blood. But once a patient is taken off the medicine, the levels of human immunodeficiency viruses rebounds within a couple weeks. One recent experiment using a combination of standard HIV medicine combined with a medicine for Crohn’s disease on monkeys baffled scientists.

A group of immunologists led by Aftab Ansari at the Emory University School of Medicine in Atlanta treated eight monkeys with SIV with this concoction of medicine. A control group of monkeys was treated with only the standard treatment. To everyone’s surprise, more than nine months after stopping treatment, the monkeys still had low or undetectable amounts of SIV. The control group’s SIV rebounded a couple weeks after treatment stopped. Although scientists don’t know why this happened, a trial study of the medicine in humans has already begun. This discovery as well as the discovery of pediatric non-progressors come at an interesting time in the United States, while polarizing politics are further distancing conservative and liberal ideals.

According to a 2014 Gallup poll, 42% of Americans believe in creationism. This perspective believes that God created the Earth and humans less than 10,000 years ago. Such a perspective may be in conflict with the new discoveries about HIV, since this view denies that humans evolved from simians. Although polls show the number of people believing in the creationism is slowly decreasing, creationist education is still thriving in America. The most recent example is the completion of a biblically-sized ark in Williamstown, Kentucky.

The Creation Museum in Petersburg, Kentucky opened in 2007, created by the organization Answers in Genesis. This museum is a popular attraction for creationists all across America, and their sister attraction, “The Ark Encounter” is no exception. The ark is 510 feet long and 51 feet high, built according to the instructions God gave Moses in Genesis. The Ark Encounter cost $100 million to construct and used over 3.1 million board feet of timber. The Creation Museum cites that both the museum and ark were funded by private donations, revealing much about where creationist Americans want to invest their money.

Arguably, discussion of HIV and its cure is in direct conflict with the creationist perspective believed by almost half the American population. In what ways has this created setbacks in research? Although the percentage of young Americans believing in secular evolution has increased, from 40% in 2009 to 51% in 2015, the conservative Christian population is using their personal money to increase education on creationism, and doing so very effectively. Over 300,000 people have visited the Ark Encounter since its opening in July, gladly paying $40 per adult ticket to see the life-size ark and educate their children on creationism. Both the breakthrough in HIV treatment and creation of the Ark Encounter occurred within the same season, revealing how polarized American ideals have become.