“Broken Windows” Policing and the Role of Police 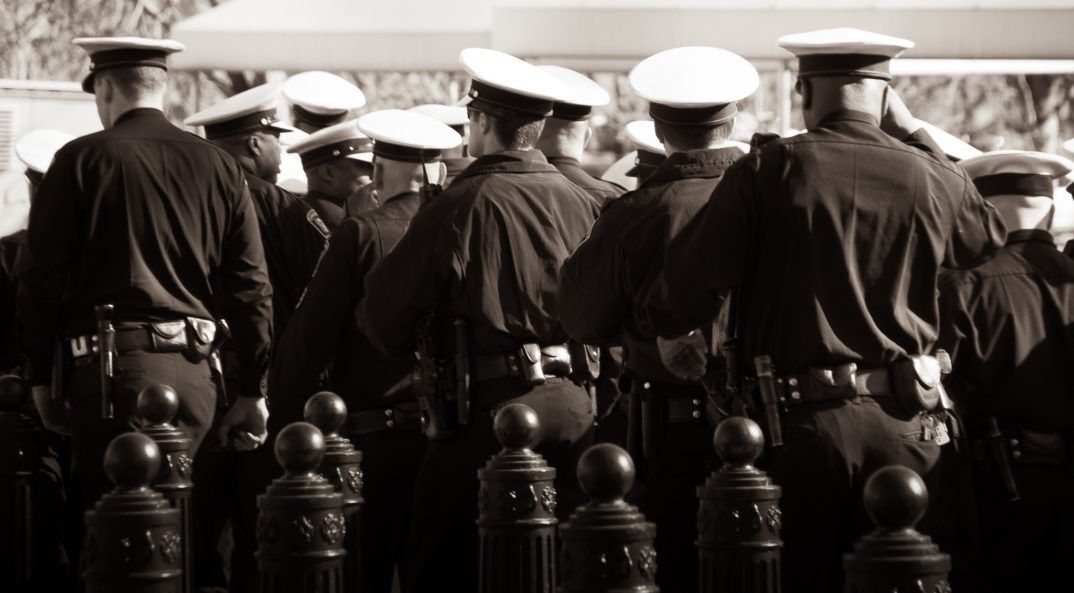 What does it take to make people feel “safe” in their communities? Proponents of police reform have struggled to find a middle ground between the legal and physical protection of the implicated and the interests of communities with high crime rates. Policies like New York City’s infamous “stop and frisk” laws have been proven to both increase arrests that become convictions as well as target people of color, while independent policing models implemented in Native American, First Nation and other Indigenous populations have enabled these people’s legal sovereignty but left internal populations at serious risk.

Continuing police reform efforts all seem to beg the question: just what do we expect of the police?

While the most basic function of your local police department is to respond to civilian requests to their presence, criminal investigation, and emergency response, police play the role of the watchdog on the streets and in communities on the basis that their presence will deter and interrupt criminal activity. This role has not always been a prevalent part of officers’ missions– George L. Kelling and James K. Wilson’s 1982 seminal article, “Broken Windows,” documented the transformation of the expectation of the police not just to respond to violent crime peace-breaking, but to minor offenses and disorderly conduct like “broken windows” which contribute to the general feeling of safety in a neighborhood or community.

According to “Broken Windows,” the illusion of safety in an area is not just defined by the violent crime rate, but rather the state of disorder the environment displays:

We tend to overlook another source of fear—the fear of being bothered by disorderly people. Not violent people, nor, necessarily, criminals, but disreputable or obstreperous or unpredictable people: panhandlers, drunks, addicts, rowdy teenagers, prostitutes, loiterers, the mentally disturbed… If the neighborhood cannot keep a bothersome panhandler from annoying passersby, the thief may reason, it is even less likely to call the police to identify a potential mugger or to interfere if the mugging actually takes place.

Kelling and Wilson go on to argue that police have the fundamental responsibility to maintain general order to prevent “communal losses” that lead to individual victimization, and this theory has been used consistently to justify increasing beat officers and patrolling in cities such as New York and Chicago.

But after the murders of Black people over routine traffic stops, jaywalking, and the sale of loose cigarettes, we’re forced to see plainly the effects of this overactive police presence. Black people seem to have a much more critical threshold for what is regarded as disorderly, and therefore warranting police reaction. At the very least, these tragedies have allowed the public to more deeply consider what occurs when law enforcement toes the line of keeping order and extrajudicial execution. Where is that line? And how can we expect justice without losing our right to community protection?

At their core, police reform efforts strive to realign our expectations of the police to each community’s needs and concerns. Within New York City, both activist organizations like Justice League NYC and state-funded alternative implementation projects like Operation SNUG act to redress the violence stemming simultaneously from crime and police brutality through civil engagement and advocacy. These types of operations serve as a civilian intermediary between communities and police activity; they act both to field the mistrust of police presence and to provide the specific support and input provided by each locality. By acting on the demands of their constituents, they can provide service in a way that is receptive and fluid, but still within the confines of local law.

Should police activity on the street be decided by the standards of the neighborhood or by the rules of the state? It depends on each community and individual’s expectation of the police as law enforcement and civil protection.