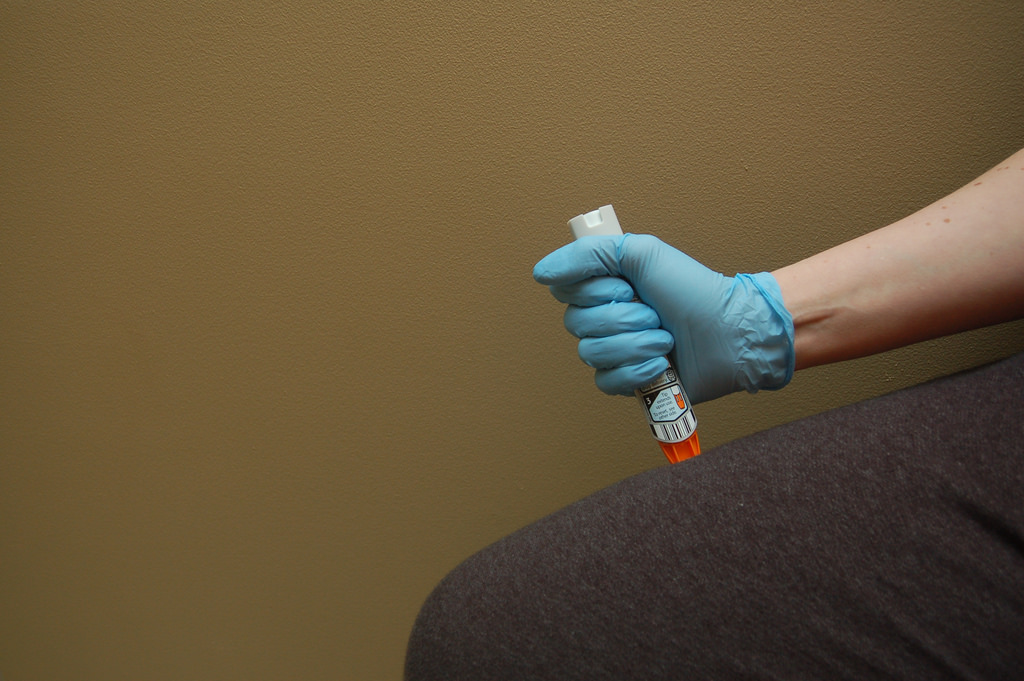 American drug prices have long been the object of controversy, from the price hiking on AIDS treatments conducted by the now-infamous Martin Shkreli or the $1,000 per pill Hepatitis C treatment that prompted Senate investigation. The average American spent $695 a year on drugs ten years ago, and now spends $935. Recently, the pharmaceutical Mylan received extensive backlash for the increase in the price of EpiPens, which are used in emergency situations to save someone from a life-threatening allergic reaction. EpiPens now cost $600, a 450% increase from their price in 2004. Analysts have determined that the cost of the drug within each Epipen is about one dollar.

Ethical concerns have swirled about Mylan’s decision to raise the price on the drug. Members of Congress have began to call for investigations, although Congress and the government cannot regulate drug prices, which is done in most other developed countries. Some have attributed America’s rising drug prices with a lack of government regulation. Mylan has declined to issue a comment on the reasoning behind the price increase, and instead has offered $300 coupons for lower-income families with insurance and placed the blame on health insurance plans rather than the company.

However, such coupons fail to address families without insurance that struggle to pay for Epipens, and even those with insurance have difficulty affording the medication. Since most families or individuals with allergies keep multiple EpiPens around them at all times, it’s difficult for many families to afford the amount needed to ensure that an EpiPen is always within reach in case of an allergic reaction. Additionally, the drug expires annually, so they must be replaced each year – meaning that families potentially need to shell out thousands of dollars each year in order to ensure the safety of the affected individual. For example, one woman recently recounted her personal story of 12 times she used an EpiPen to stop her severe allergic reactions; with today’s prices, those 12 EpiPens would have cost about $3,600. That figure doesn’t factor in all the backups she would have to buy to ensure she could access one quickly.

In the wake of the controversy, Mylan recently announced that it would release a generic EpiPen that would be half the price of the regular EpiPen – about $300 for a pack of two. While some say that it may help, many are still concerned that the price is still triple what it was in the early 2000s, and that Mylan will make a significant profit off of both products. The move does not address the high sticker price, which is the main concern of activists and consumers. Many regard the move as a morally concerning attempt at diverting attention away from the larger issue at hand. Some pharmacists may be unable to substitute the generic product, forcing families to pay the higher cost anyway.

Besides the questionable ethics of pricing a life-saving medication out of the range of those who need it, business ethics have also been a concern. By issuing coupons and raising prices, large pharmaceutical companies are able to squash generic competitors more easily and dominate the market.  By offering coupons, some of which may even make the medication free to consumers but costly to insurance companies, consumers become unaware of the cost of their medication – allowing generic drugs, which may be inexpensive or produced by companies that do not offer coupons, to lose customers to name brand drugs and fail to compete in the healthcare market.

Additionally, the company’s move to sell a generic version of its own product prompted some Congress members’ concerns about antitrust law violations. Currently, Mylan has no FDA-approved generic competitors, so by releasing an authorized generic, the company controls the entire EpiPen market and sets the bar for what generic competitors would have to price their product. Other concerns, including skyrocketing salaries for company executives, questionable uses of corporate jets, a controversy over the MBA of the CEO, and odd relationships with board members, add to the issues surrounding Mylan’s business ethics.

The intersection of business and ethics is a complicated issue for many executives, as companies balance profit with consumer affordability. When it comes to EpiPens, both the moral and business aspects of Mylan’s situation will not be sorted out for a long time. With more and more controversy over drug prices appearing, it seems that American pharmaceutical companies may soon need to re-examine their practices in order to avoid such ethical controversy and backlash from consumers.