Lab-Grown Meat: Is it Kosher? 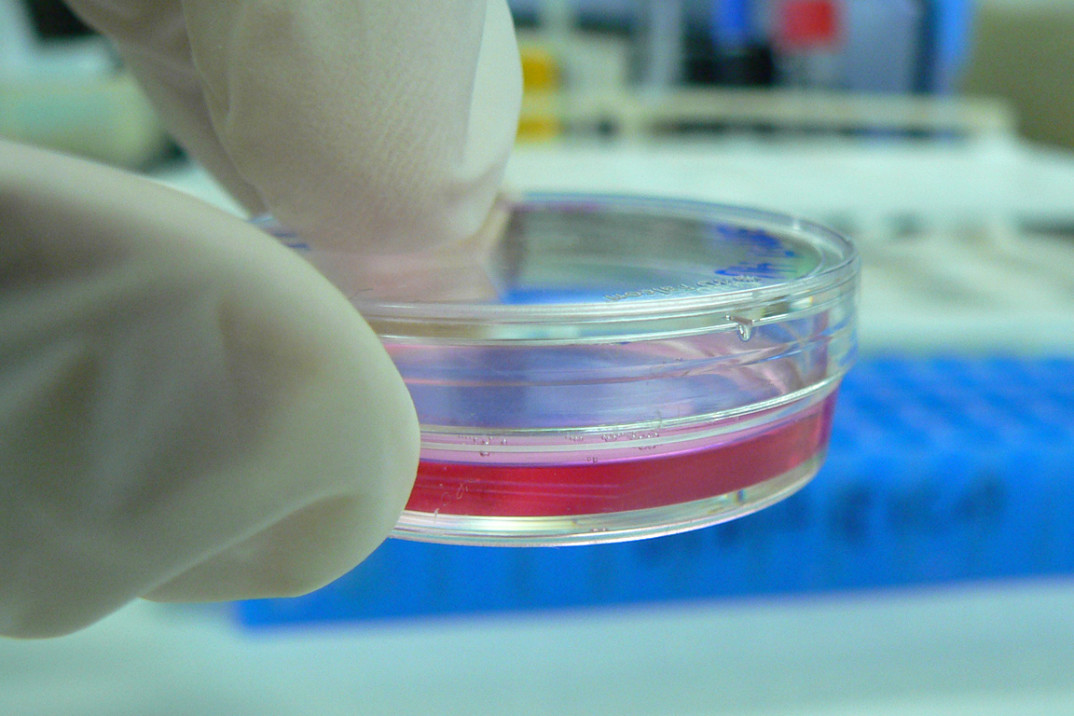 “Cell Culture in a tiny Petri dish” by kaibara87 is licensed under CC BY 2.0 (via Wikipedia)

With scientists working to find the perfect technologies to grow artificial meat, religious leaders are weighing in on the praises and concerns surrounding the concept. SuperMeat, an Israeli startup, has been raising funds to create lab-grown chicken under the promise that it will save animals and the planet and reduce hunger. The group has gained the support of some more progressive rabbis, but faces opposition from some more conservative leaders who are concerned about making sure the original cells (before they are replicated) are kosher too.

Kosher laws require that the product follow a Kosher track from slaughter until consumption, so it is interesting to think about how cells will be collected. Even among Jewish rabbis, there is disagreement about whether an animal even needs to be slaughtered at all, let alone within the Kosher tradition. It seems possible that meat cells could be taken from either a live animal, or one that has been recently slaughtered. Many rabbis find themselves hesitant to completely accept or reject lab-grown meats until a set process has been streamlined. However, many Jewish leaders are still quick to reject any form of lab grown pork products.

Judaism is not the only faith questioning how lab grown meats would fit into their tradition. Religious leaders from Judaism, Islam, and Hinduism also mention concerns about lab grown meat as a form of playing God, or going against natural laws. Rabbi Reuven Flamer tells Slate that “The idea of mastering life, that which God creates for us in a harmony between foodstuff and the human body, is a slippery slope… we don’t know what we’re tinkering with when we make this.” Professor Ebrahim Moosa from the Islamic studies department at the University of Notre Dame seems torn as he recognizes the concept of fitra – or god-given naturalness – seems to prohibit artificial meats. However, a resulting preservation of the environment and animal lives could also be seen as promoting nature. Hindu priest Shaunaka Rishi Das also believes that individuals wanting to eat economically and environmentally friendly should opt for vegetarianism, instead.

Lab grown meat does have its proven benefits. Artificially grown meat saves live animals from suffering and possibly reduces animal deaths. The technology of growing meat also safeguards against possible food shortages. However, from a public health standpoint, the future of lab grown meat is unclear, as it has not been tested and approved for human consumption. The recent technology involved in growing meat in a lab can also be very pricey, due to the experimental procedures involved.

Although there are still many unknowns surrounding the future of lab grown meat, critics and supporters alike seem generally open to further exploration of the topic. Whether individuals are concerned about the dietary codes of their religion, or environmental and animal rights, lab grown meats – especially at this stage – may pose a series of ethical concerns. Since there are presently no approved processes for lab-grown meats, should groups like SuperMeat tailor their products to fit the needs of religious consumers? Conversely, how can religious groups intertwine changing eco-friendly technologies into the mold of their tradition, or is that even necessary?