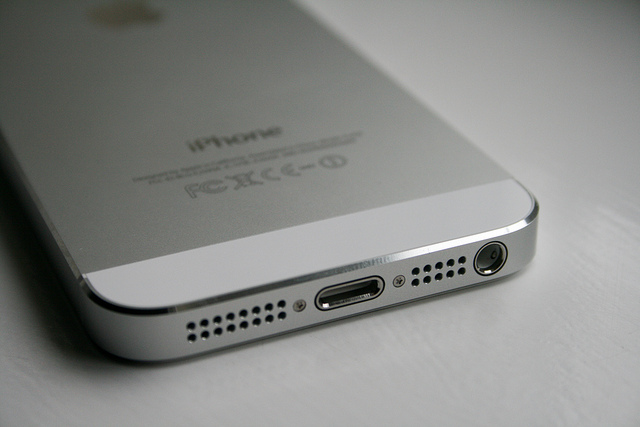 Apple’s product design has always been known for a distinct minimalism. The oft-lauded aesthetic of the company’s products, guided by Chief Design Officer Jony Ive, has become a trademark of the company, birthing some of the world’s most recognizable tech products and influencing a generation of hardware design. The iPhone, a product defined by the clutter of features that its sleek design excludes, has often been the focal point of these efforts, representing Apple’s minimalistic aesthetic.

Yet the iPhone’s latest design change may have been an omission too far. In a product reveal last Tuesday, Apple announced that the seventh iteration of the iPhone would not include a 3.5mm headphone jack, replacing the universal port with the company’s proprietary Lightning connector. Users still have the option to purchase an adapter allowing the use of older accessories, but Apple’s decision has made clear their intention to ultimately retire the headphone jack from use.

Even before Apple officially announced the phone, rumors about the change brought confusion and ridicule across the internet. Criticism only worsened when Apple also announced its $159 AirPods, wireless headphones mocked for their limited battery life, high cost and the fact that they are “perfect candidates for getting lost.” Some tech commentators also expressed concern over the decision; Mashable writer Chris Taylor blasted the change, criticizing the removal of the headphone jack as compromising ease of use and audio quality with few tangible benefits in return. And while Apple and other commentators have defended the move as a brave step to retire outdated technology, the controversy surrounding the change will likely cast a shadow over the phone’s global sales.

Many have seen the exclusion of the headphone jack as an unnecessary nuisance for the consumer, or as a factor that could complicate Apple’s slowing sales figures. However, doing away with the port also raises questions about the ethical nature of the proprietary technologies Apple has created to replace the near-universal connector.

Central to the questions surrounding Apple’s choice is the use of its proprietary Lightning connector to act as a solution for wired headphone users. Embracing proprietary technology, which is owned by the company and cannot be replicated widely without its permission, provides clear incentives for Apple, guaranteeing the company a revenue stream from users switching over to their Lightning-compatible accessories. While such incentives may be attractive, however, the sustainability drawbacks for embracing proprietary policies should also give any companies looking to follow Apple’s example pause.

By their very nature, proprietary ports decrease the compatibility between devices from different brands, requiring users to own multiple types of the same accessory – in this case, headphones compatible both with Apple’s Lightning port and the universal 3.5mm headphone jack, or the adapters necessary to bridge the gap. In effect, this means that technology like Apple’s stands to increase the amount of hardware being produced in any given year – hardware that, when planned obsolescence is factored in, creates a wasteful cycle of proprietary upgrades. Such issues are especially relevant for headphones, an accessory that most consumers use with dozens of devices, all of which would require their own accessories under proprietary technology policies.

Commentators have already noted that Apple products are notoriously difficult to recycle, primarily due to the construction that lends to their minimalist aesthetic in the first place. It is yet to be seen whether Apple’s newest products will continue this trend. However, if present trends are any indication, Apple’s moves to consolidate its product lines into proprietary technology will likely increase the amount of e-waste flowing from the company in years to come. Given the problems already associated with the rapid generation of e-waste around the world, Apple’s choice to further embrace proprietary technology demands scrutiny.

Despite the impacts that Apple’s proprietary technology policies may have on combating e-waste, they also could herald a solution. It is possible that, just as Sony’s Walkman popularized the 3.5mm headphone jack, Apple’s move towards wireless headphones could cause a broader shift in universal hardware standards. After all, the company’s design decisions have already helped usher in enormously consequential technologies like tablets and smartphones; their move towards wireless headphones, then, may provoke a similar shift.

In this regard, removing the headphone jack from the iPhone could be seen as a long-term benefit, helping establish new technologies that could proliferate without compromising universality. However, until and unless wireless headphones become the new standard, sustainability concerns will continue to plague proprietary technologies like Apple’s Lightning connector. And, as other companies continue to implement universal options like the headphone jack, one must question whether such processes are appropriate for a more environmentally conscious age.