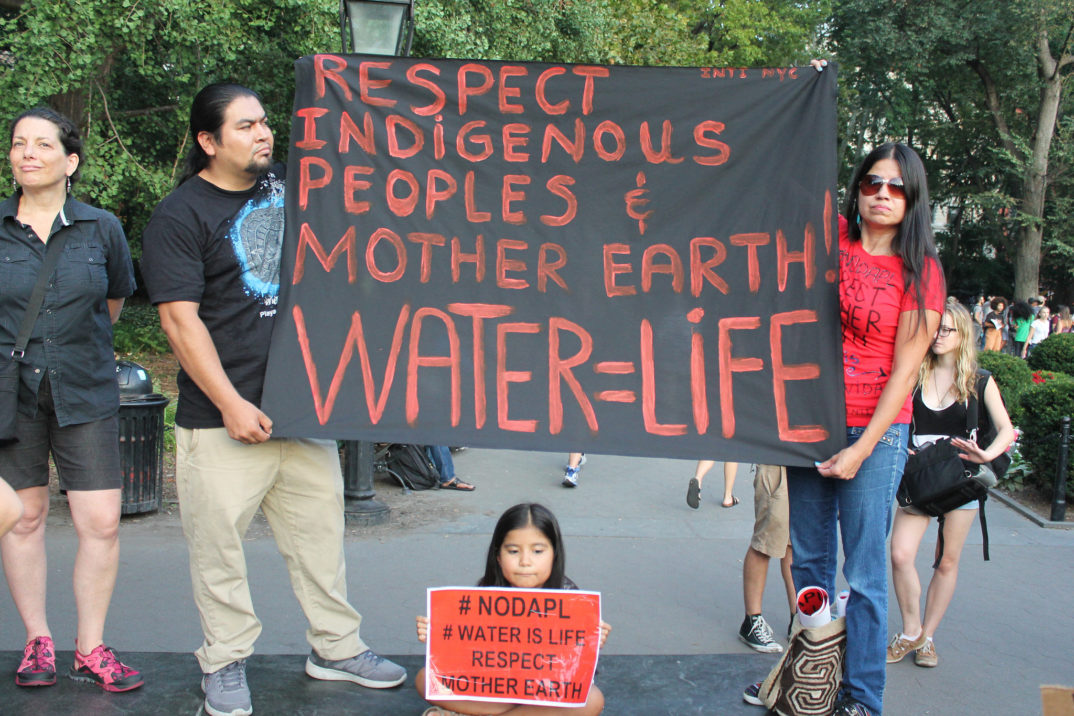 The Dakota Access Pipeline is proposed to transport “sweet,” or unrefined, high-quality oil more than 1,200 miles from North Dakota to southern Illinois. According to the company spearheading the project, Energy Transfer Crude Oil Company, LLC, the new avenues of extraction and transport could reap benefits manifold: an estimated $156 million in sales and income taxes during the construction phase, creation of about 8,000–12,000 construction jobs and up to 40 permanent operating jobs,  and “historically high shipment ratios” that could significantly impact the national oil industry and improve access to largely untapped oil deposits in North Dakota. According to CNN’s calculations, the pipeline could provide up to 19.7 million gallons of crude oil – that’s access to 374.3 million gallons of gasoline per day.

However, with any project this large set on a timeline so rapid (the pipeline is set to begin transport by the end of this year), there have been considerable barriers to moving forward with the process. As with the Keystone XL Pipeline, environmental activists have reacted quickly and vigorously to this further expansion of fossil fuel mining, accusing the construction of systematic invasion of ecology across multiple states and disruption and danger to drinking water sources in the areas affected by construction and possible leakages. However, up to 95% of the landowners directly affected by the construction previously signed easements approving Dakota Pipeline’s projections.

One of the most impactful backlashes against The Dakota Access Pipeline has arisen from the recent legal battles and protests brought by local Native American tribes. Earlier this year, the Standing Rock Sioux Tribe filed a complaint in federal court alleging that “the construction and operation of the pipeline … threatens the Tribe’s environmental and economic well-being, and would damage and destroy sites of great historic, religious, and cultural significance to the Tribe.” Additionally, they claimed that the pipeline project would threaten the Tribe’s only water source, the Missouri River.

Within hours of the Tribe file to sue, Energy Transfer Partners began construction on the site in question. Activists, community members, and hundreds of Native Americans of various tribes came to protest what they considered a desecration of hallowed ground. As protests continued, the company’s security forces allegedly attacked the activists, resulting in, according to a tribe spokesman, six people, including a child, being bitten by security dogs and 30 people being pepper-sprayed.

On September 4th, the Tribe’s legal representation, Earthjustice, requested an emergency temporary restraining order to halt construction in the areas of question, in order to provide more time for the Tribe to provide further evidence of the cultural significance of the areas. On September 9th, U.S. District Judge James Boasberg in Washington denied the tribe’s request for a temporary injunction, but later that day, the the Departments of Justice released a joint statement that it was halting construction on the Dakota Access pipeline.  Since then, tribal consultations have continued, but Energy Transfer Partners has vowed to continue their fight to move forward with the project.

There’s considerable unease with the nature by which the Dakota Access Pipeline is funded: seventeen financial institutions have contributed $10.25 billion in loans and credit facilities from 38 banks to Dakota Access LLC and Energy Transfer Partners $2.5 billion to construct the pipeline, including major financiers such as JP Morgan Chase and Barclays. Combined with the fact that ETP’s plans have not been analyzed for the risks or impacts of oil spilling by any agency, it’s enough to trouble environmentalists alone, but the continuing history of Native Americans’ debarment from protection or preservation of their culturally significant lands brings a particularly relevant spin to the situation.

What we’re witnessing is a concrete, actionable conflict between interests in development projects. While the benefits of this sort of project are quantifiable in dollars, gallons, and paychecks, the haste with which industries are compelled to reach those goals can leave little time to judge the less immediately tangible effects of their construction. While protocol and oversight organizations like the Environmental Protection Agency work to field concerns of ecological threats, the impact of hastily constructed, though well-intentioned, solutions to industry pressures is subject to public scrutiny after catastrophe. The crumbling, unchecked infrastructure that led to the slow poisoning of Flint and East Chicago only garnered attention from the media after the results were politically and medically unavoidable; the demands of environmental protection organizations are often long-reaching preventative measures that seem distant and ineffectual in the present. But how can we justify this in the face of our  crippling dependence on foreign oil? It’s a balance we have to strike urgently, at least until renewable sources of energy can help mitigate the burden on the oil industry for access to fossil fuels.

Another conflict of interest regards the greater good of the Midwestern oil economy and the concerns of the immediate, local populations at greatest risk of impact. The Sioux have protested in defense of their cultural, religious, and remaining property right to sites along the pipelines, along with their action in self-interest to protect their main freshwater source. In the face of Transfer Energy Partners, their ultra-powerful funders, and the oil industry in general, the Sioux face a Goliath of momentous proportions; Native Americans have historically and systematically had their right to defend their culturally significant land and resources revoked. While the federal government ended up intervening in favor of further arbitration, the way that Transfer Energy Partners disregarded the permit-established timeline of construction and faced no legal recourse implies quite a bit about the complex positioning of this issue within the legal system.

To say the least, the Dakota Access Pipeline conflict has taken many faces: a fight for tribal rights, a continuation of the shale oil drama that found national news through the Keystone Pipeline XL, and an opportunity for energy companies to reach new demands. For now, as protests continue to unite and divide, we can only hope that consultations and conversation allow fair arbitration.