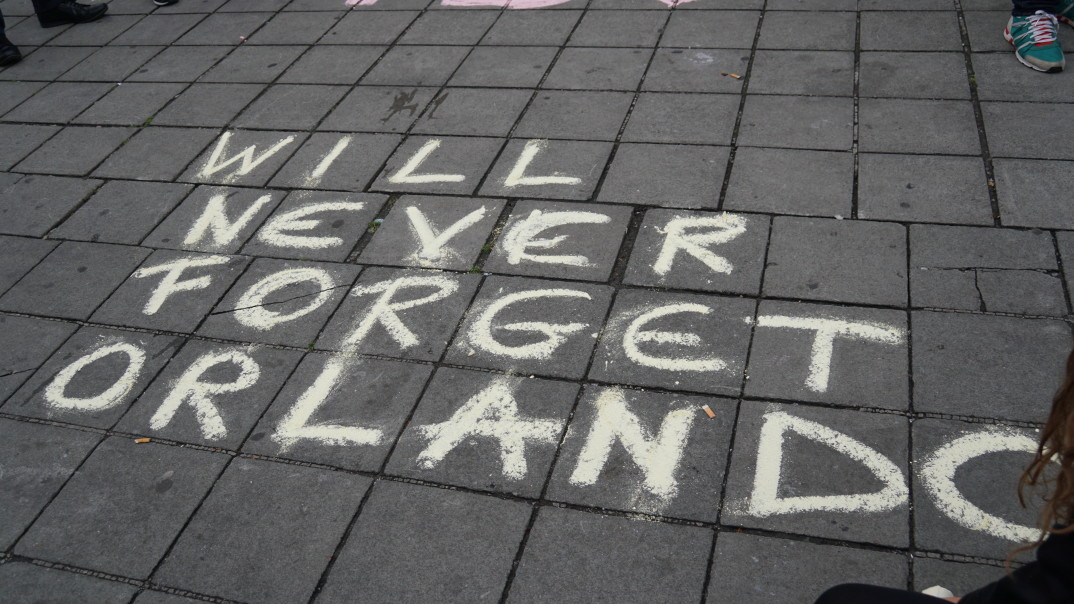 In the wake of the largest mass shooting in the United States to date, Facebook and other social media sites have been flooded with posts honoring the victims in Orlando. Many such posts include the faces of the victims, rainbow banners and “share if you’re praying for Orlando” posts. Although there is nothing particularly harmful about sharing encouraging thoughts through social media, opinions are surfacing that it might do more harm than good.

The same cycle is run through every time a national tragedy captures the media’s attention: angry rants about excessive gun violence, phony presidential candidates, and race warfare circulate for a few weeks, then are lost until the next tragedy. When social media first became used as a media tool, it seemed like fertile ground for social activism. Is it instead being used as a means to numb American society to such tragedies?

Late-night television host Stephen Colbert addressed “the script” that occurs on social media after a crisis, arguing, “the script will end the same way every time, with nothing changing.” Although social media builds support for social activist causes, these campaigns tend to fizzle out before real legislation is passed. Perhaps this is because citizens are content with the contributions they make on social media. Sharing a “Pray for Orlando” post is enough, and the individual feels satisfied with the support they’ve shown to a cause. Therefore, individuals don’t feel as much pressure to call their local lawmakers and demand action.

However, social media is often admired as a potential avenue for change. Ethan Zuckerman, the director of the MIT Center for Civic Media stated that, “Social media is particularly strong at pulling the norms lever—trying to change public attitudes on key issues.” When confronting values that are decades old in American culture, such as gun rights, changing the culture will likely be the first step to changing the laws. According to this argument, social media has the potential to go beyond changing laws and actually change pro-gun culture itself.

In a related subject, social media has been blamed as another way for tragedies to be sensationalized. Last August, PLOS One reported evidence of a mass murder contagion, mirroring the well-studied suicide contagion. Journalists are often warned against reporting on suicides because it has been proven to spark an increase in suicide. Evidence is starting to suggest this may also be the case in mass shootings. Since potential mass murderers know their “message will be heard,” they may be more likely to act. According to these findings, social media may actually cause more violent shootings by sensationalizing tragedy.

Despite these findings, some would say it’s too soon to draw concrete conclusions on the potential mass murder contagion. Social media is still a fairly recent phenomenon, much more recent than journalism.  Also, a preliminary question has yet to be answered: can Facebook and Instagram posts be considered journalism at all? More research will need to be conducted in order to determine whether or not social media sensationalizes tragedy and possibly correlates with more violence.

Although social media may not end up being the right avenue for gun control activists, most agree that it is too soon to tell. As new media outlets constantly pop up, information has never been so available or arguably so sensationalized. Whether or not social media encourages more violence, individuals must police their own lives and pay attention to how social media affects their views on tragedy.