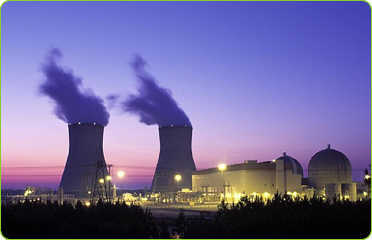 On Wednesday, February 24th, the Huffington Post published an article calling attention to the World Trade Organization’s (WTO) objections to India’s “ambitious program to create homegrown solar energy.” The declaration was especially controversial due to the organization’s history of and capacity to squash other international efforts attempting to utilize local resources and businesses to build sustainable energy programs.

The author, Ben Beachy, points to India’s efforts to pursue a more environmentally friendly energy option. Previously reliant on coal, India has “grown its solar capacity from nearly nothing to commissioning nearly 5,000 megawatts” with plans to multiply this by 20 within the next decade. The project has been funded locally stipulating that “power companies must use solar components made in India in order to benefit from the government-subsidized program.”

This didn’t sit well with the United States. The Indian government’s subsidies ensure that Indian companies will no longer be purchasing from foreign companies – namely those in the U.S. So on Wednesday the World Trade Organization formally ruled that the solar program violated the intergovernmental body’s rules.

This is not the first time that the World Trade Organization has vetoed international efforts to clean up the environment. Beachy points to the WTO’s objections to Ontario’s Feed-in Tariff that contains the “buy local” imperative; rulings in 2012 struck down initiatives to list the country-of-origin on meat and safe fishing practice labels on tuna, both on the basis of “discrimination” towards other markets. Many organizations, including the Sierra Club and Global Exchange, have spoken out against the World Trade Organization’s environmentally unfriendly rulings. They cite concerns that the WTO protects the interests of wealthy countries, large corporations, and harmful employment practices, such as child labor.

However, these concerns are not shared by those who see the benefits of having an intergovernmental body that regulates international trade. The WTO seeks to lower trade barriers and encourage fair practices amongst all its members preventing such ploys as “export subsidies and dumping products at below cost to gain market share” and “measures such as import bans or quotas that restrict quantities selectively.” Additionally, the World Trade Organization claims that it actually gives more dispensation to less developed countries, allowing them extra time to meet certain provisions without penalty. Lastly, the WTO claims that any seemingly environmentally unfriendly rulings are aimed at preventing “protectionist policies”; countries may implement environmentally conscious policies as a means for keeping trade internal, which violates the WTO’s fair practice policies.

It is time for the global community to take a deeper look into the regulations governing international trade, particularly in light of the emerging Trans-Pacific Partnership trade agreement. Does the WTO deliver on its promise to aid developing nations and promote environmentally sustainable practices, or is that just the typical rhetoric? Is it justifiable to continue to strike down innovative programs and uphold outdated rules (that some argue enable exploitation of child labor and withhold resources from developing countries) if the result is “non-discrimination” amongst trading partners? Should these practices persist in the wake of environmental degradation and extreme economic disparity amongst nations?