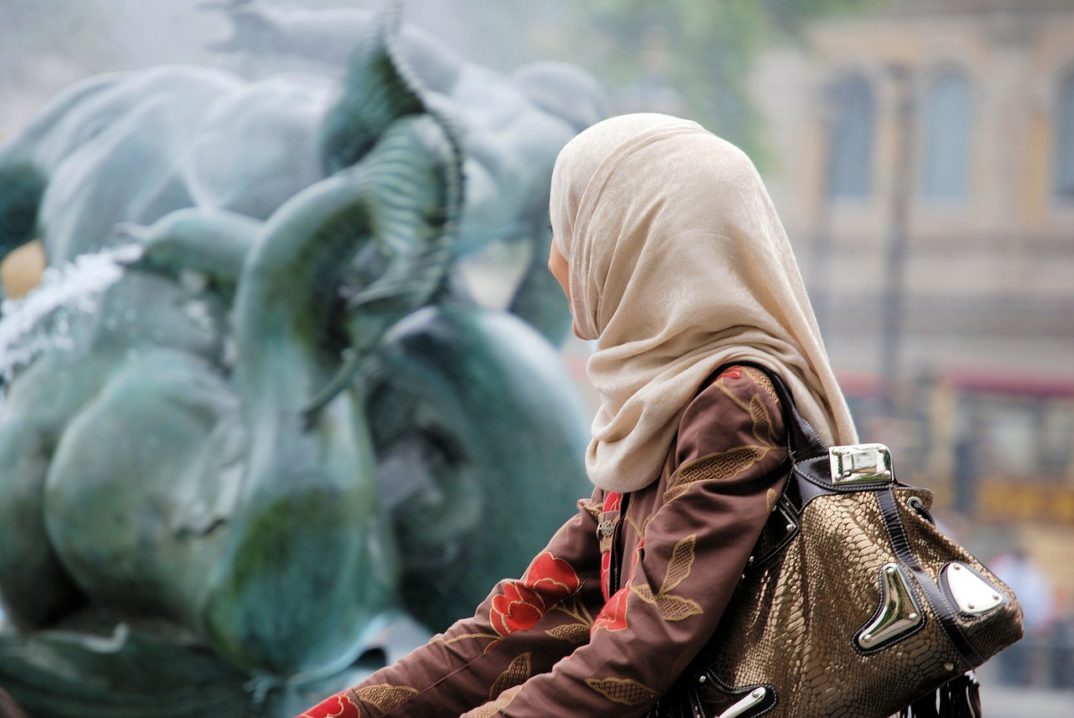 “Sightseer” by Stevebidmead is licensed under Public Domain (via Pixabay)

Despite the seemingly positive message about cooperation between societies, others say that the move by Dolce & Gabbana is exploitive. The fashion industry has a history of changing their lines to accommodate the Muslim market in order to survive. In the 1970s,  floundering French fashion houses changed their styles to accommodate Muslim clients and stay globally relevant; one author referred to this move as milking the Muslim market like “cash cows.” In 2013, Muslims spent $266 billion on clothing and footwear, which is more than Japan and Italy together; Fortune predicted the figure would reach $484 billion by 2019. Therefore, targeting the Muslim market makes business sense to the fashion industry. However, it may be considered not a statement on inclusiveness, but rather taking advantage of the position of Muslim women.

Muslim blogger Amani Al-Khatahtbeh notes that companies get free PR when they release collections for Muslims or show women in hijabs in their ads because other media discusses how inclusive the brand is. She states that the companies appear to using the Muslim women’s market as a means to a financial end, rather than because they truly believe in inclusiveness. It’s also been noted that many of Muslim-oriented collections or lines sold only in the Middle East appear around Ramadan, while the rest of the year has limited options for Muslim women. Another complaint is that many of the new lines are not sold worldwide, and thus exclude Muslims who are not living in the Middle East. Some argue that the inclusiveness of the line is undermined by not expanding the ads and lines to more Islamophobic countries in the West. If the lines were in the West, it may help at improving the relations between communities. Targeting only the Middle East is ineffective for promoting inclusiveness, because those communities know about the Ramadan holiday and have accepted it already.

Although the move makes sense from a business perspective, the ethical question is whether or not the industry is going about the new expansion ethically. Is it ethical to target a specific market in order to receive free PR in the media? Is it also ethical to release a collection during a prominent retail holiday, while not accommodating the same market during the other months? Is this actually exploitation, or a business-oriented step toward inclusiveness? While the answers to those questions are difficult to come by and may not have clear answers, it seems apparent that the fashion industry will continue to market toward the Muslim community, specifically in the Middle East.