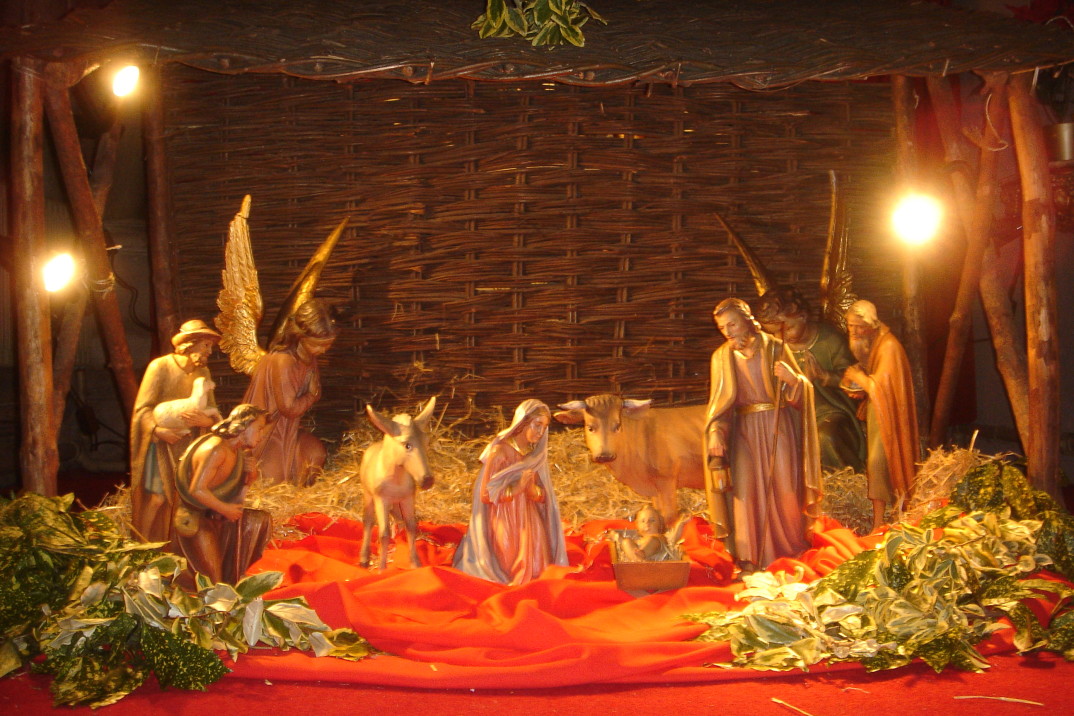 “Nativity scene Church of Our Lady and the English Martyrs Cambridge” by Thorvalddson is liscensed under CC BY 3.0 via Wikimedia Commons

A Cincinnati, Ohio suburb is fighting over a zombie themed nativity scene at a private residence. Jasen Dixon and his family operate a haunted house for Halloween, and used some of their zombie decorations to create a unique nativity scene in their front yard for the second year in a row.

Last year, the family was in hot water with township officials for not having the proper permits for the large manger. This year, the Dixon’s applied for a permit, but their appeal was rejected and they have incurred fines from the township as a result. The Dixon’s realized that by deconstructing the roof of the manger, the scene would no longer qualify as a building and they avoid further fines. Although the fines have stopped, the criticism has not.

Religious groups have left numerous notes at the scene, saying that the zombie depiction is disrespectful to God. One note claims “God frowns upon the manger scene”. However, the Dixon’s send their son to Catholic school and defend against claims that they are anti-Christian.

Jasen Dixon sees the display as harmless, saying “We use this for our family craft time”. The Dixon’s created a Facebook page for their scene and has gained many fans. The page has received many messages of support from fans in the Cincinnati area and worldwide. One commenter states, “I don’t personally like it but it’s a free country and for that, I support this family’s expression of freedom!” and many other posts mirror this sentiment. Some humorously share references to The Walking Dead and others say the display would be more appropriate at Halloween, or even Easter (when Jesus rose from the dead). The Dixon’s are also collecting donations for various causes including offsetting the fines that they incurred, building a bigger and better scene next year, and sending money to local charities.