Oil Sands and the Death of the Keystone XL Pipeline 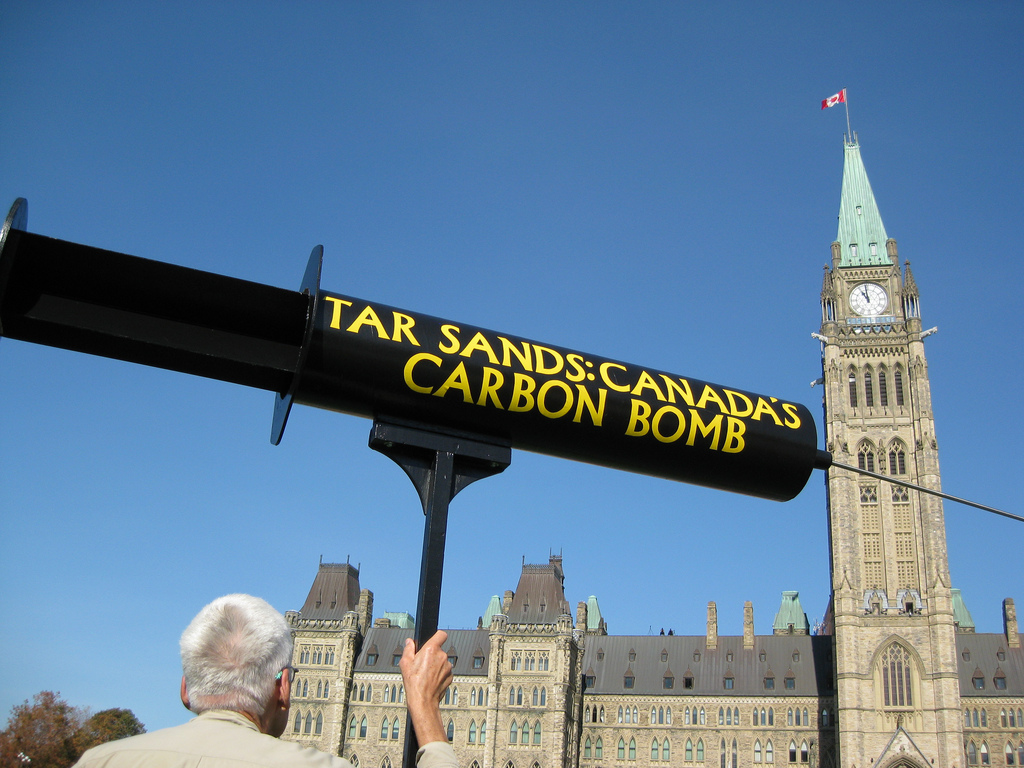 Obama stated after his decision that “America is now a global leader when it comes to taking serious action to fight climate change, and frankly, approving this project would have undercut that leadership.” The reason that the pipeline requires presidential approval in the first place is because it originates in Canada, and thus crosses the US-Canada border.

Currently about 40% of the keystone project has already been completed, leaving only 1200 miles left unfinished – Keystone XL. This is just a fraction of the over 2 million miles of pipelines already running through the US.

One thing that makes this pipeline different from many others is that it would transport oil sands rather than crude oil. Oil sand deposits are what some might know as tar pits, but they contain value other than well-preserved fossils. The name is misleading, because the “tar” in these pits isn’t tar at all, but bitumen, a mixture of hydrocarbons – what is found in the conventional energy sources like coal and gas that we use to power modern civilization. Alberta has one of the world’s largest deposits of oil sands, and much of their industry is centered on the extraction and production of oil. For shallow deposits the sand is dug straight out of the deposit (open-pit mining style), mixed with water, then undergoes a labor and energy-intensive process to extract and separate the oil (which makes up only 10% of the oil sands) from the clay, water and sand. For deep deposits, a different system of injecting steam into a well in the oil sands is used, which causes the bitumen to rise up out of the ground.

The reason the environmentalists are so opposed to Keystone XL is because it is a tar sand pipeline. They argue studies show that these kind of pipelines are more vulnerable to leaks, due to the increased corrosive nature of the oil sand as well as the chemicals. The pipeline’s proposed path runs through a number of rivers, lakes and wetlands, some of which are sources of drinking water. They also say that, due to the energy used to extract it, tar sands oil is significantly worse for the climate than regular crude. Additionally, during the mining and extraction process, large amounts of toxic sludge are left behind in poorly sealed evaporation ponds that often leak. They also fear that this further commitment to traditional energy would reduce the amount of effort put into alternative sources.

On the other hand, Trans Canada, the owner of the pipeline, says that, due to new technology “Keystone will be the safest and most advanced oil pipeline in North America”. After protest, the planned route of the pipeline was changed to avoid some of the most economically sensitive areas. Supporters also point to job creation as a prime reason to say yes to the pipeline – some jobs would just be temporary (the actual construction), some more permanent (monitoring and maintenance) and some that may result from increased business for the US refineries who are the eventual destination of Keystone XL. All of this job creation could help make life better for many workers and families suffering from the poor economy and exportation of jobs overseas. Lastly, purchasing oil from a more friendly country like Canada would be far better than purchasing it from some of the places that we currently do – where our dollars prop up unstable, cruel regimes and even anti-US and terrorist-supporting states.

Trans Canada has hinted that they may re-apply for the project if a more favorable US political climate rolls around after the next election cycle, So, this may not be the last we’ve heard of Keystone XL. Would more people be helped by the jobs created, economic benefits and less dependence on “unfriendly” foreign oil or would more be harmed by further environmental damage and increased commitment to fossil fuels that could be caused by the pipeline? What do you think? Would your opinion change if it was traditional drilling rather than tar sands being transported?