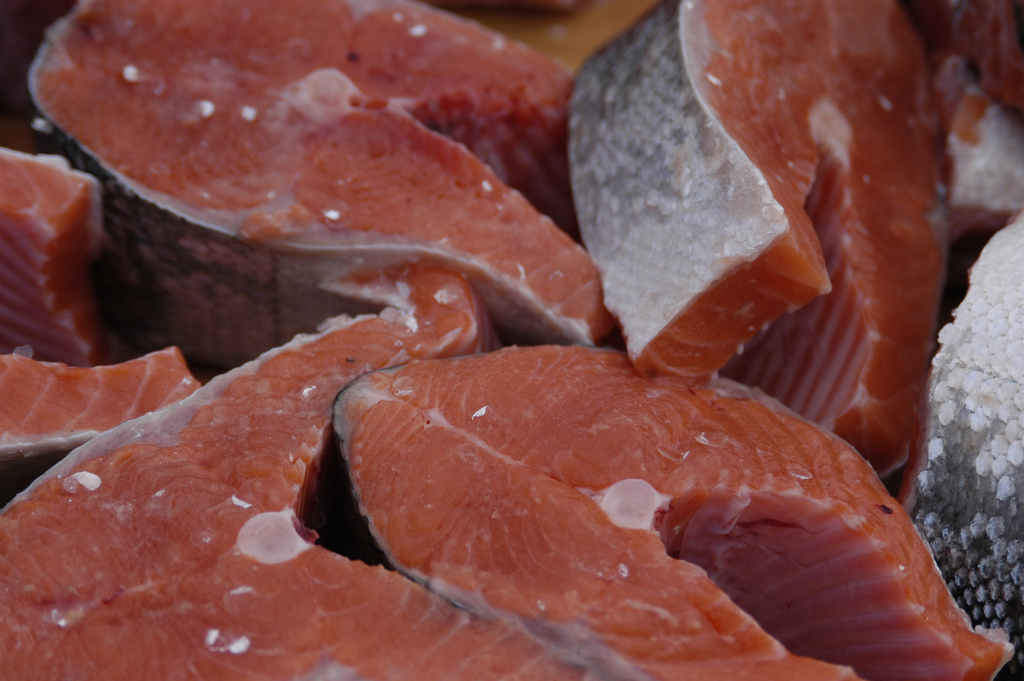 The ability of humans to genetically modify the resources we use for food has changed the way in which we view and interact with the environment and natural resources. In the past, seeds for agricultural staples, like corn and soybeans, have undergone genetic modification to improve growth and yield and make the most efficient use of agricultural inputs.  While controversy still surrounds the issue of genetically-modified organisms (GMOs), many argue that they must be part of a sustainable food future in which humans make the most of every developed acre.

While production has been limited to plants in the past, current technology allows for increased modification of animals as well.  While the idea may seem inherently distasteful, genetic modification may offer a way to ease the pressure placed on global fish stocks by humans.  Overfishing has depleted fish populations across the world’s oceans in the last half-century, bringing along a host of externalities that threaten to destabilize entire aquatic ecosystems.

In a recent article, Reuters’ Julie Steenhuysen explores the case surrounding the recent classification of genetically modified salmon as equal to conventional farm-raised salmon.  One of the benefits offered by genetic modification is the opportunity substantially decrease the growth cycle from spawning to market and increase the amount of meat provided by each fish.  Increased supply may decrease the price of farm-raised salmon, making it an attractive alternative to conventionally-caught wild fish.

This basic economic principle would decrease fishing pressure on current salmon populations and reduce the amount of unacceptable catch and larger environmental costs of human fishing.  Accepting this rationale, producers argue that, if GM salmon are nutritionally equivalent to conventionally raised or wild-caught salmon, there is no reason to not make use of the technology.

However, there are also potentially detrimental effects that may result from the genetic modification of salmon for human consumption.  Ethical questions revolve around the issue of quality of life for salmon grown at an accelerated rate, and whether farmers have an obligation to report their produce’s GM status to consumers.  Many retailers have balked at selling genetically modified fish, specifically salmon, due to concerns about the unknown effects of the process and health issues that may be associated with consumption.