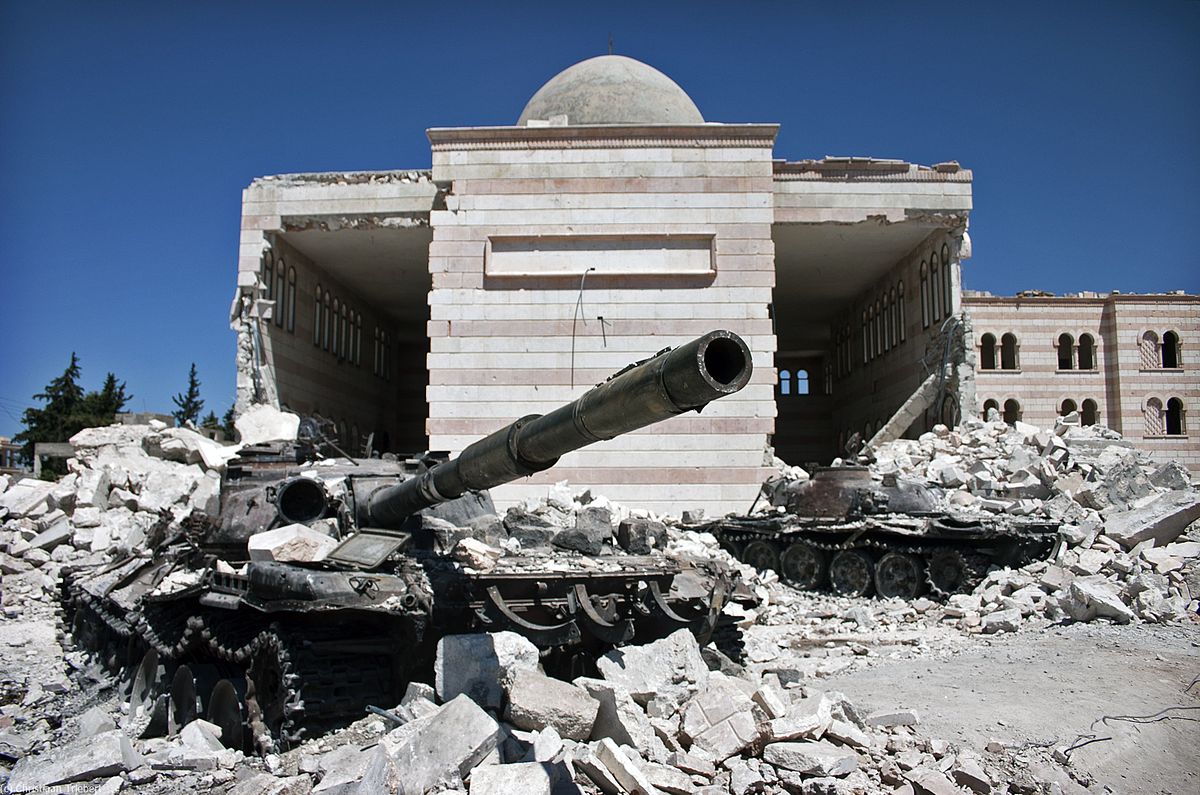 “Azaz, Syria” by Christiaan Triebert is licensed under CC BY 2.0 (via Wikipedia)

With no clear end in sight, the Syrian Civil War continues to ravage the country, sparking a refugee crisis that has displayed large divisions within the member states of the European Union. The outcome of this conflict is unforseeable, as there are several factions vying for power, each representing different view and interests (for a run through of the conflict click on this link). In his article for The Atlantic, Dominic Tierney outlines a scenario which he calls “the devil’s gambit”: a pragmatic approach by the Syrian dictator, Bashar al-Assad, to create a binary conflict by empowering ISIS to remove both of their opponents.

Moreover, Russia, Syria’s longtime ally, has entered the conflict. This is because Russia sees its influence over the country and the Assad regime as a reflection of “its global status and its capacity to counter America’s influence”. Moreover, Russia’s only naval base outside of the former Soviet Union is in Syria and Syria buys a lot of of Russia’s military exports. So far, Vladimir Putin, the president of Russia, has shown no desire to oust the Assad regime and Russia’s involvement in the conflict has only supported Tierney’s “devil’s gambit” scenario. Seeing that the United States’ plan in training Syrian rebels to fight the government and ISIS has failed, it reveals serious doubts about the international community’s ability to oust the Assad Regime, defeat ISIS and to end this civil war.

Out of all the possible scenarios we could find ourselves in, this is potentially the most ethically challenging. The outcome and longevity of this conflict, following Tierney’s “devil’s gambit,” is based on a simple question: Should the international community rally around the lesser of two evils, Bashar al-Assad, and end this conflict? Keeping in mind that the greatest cause of civilian deaths in this conflict is caused by the military apparatus of Assad, who has even potentially used chemical weapons against his own people. The alternative would be to continue supporting the moderate opposition through airstrikes and by providing weapons, but so far this plan has proved unsuccessful and could lead to a greater loss of lives, a destruction of infrastructure and an even greater amount of refugees, as people are displaced from their homes due to violence.