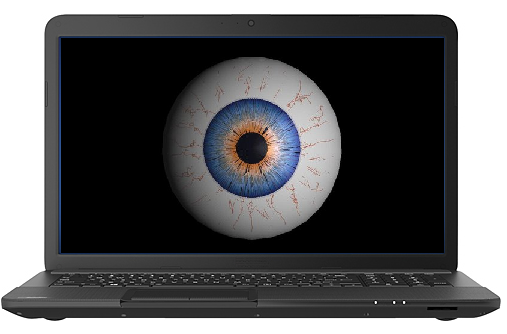 Chances are, you’ve experienced it, too. You innocently type a word or phrase into Google — “Birkenstocks”, for example. It’s a casual, one-time search to gauge the general retail price for a pair of comfortable sandals. Unfortunately, this search continues to follow you for weeks after as your Facebook ads attempt to show you the lowest prices on Birkenstocks at malls near you while YouTube ads feature Macy’s, a popular department store and footwear retailer (who happens to sell Birkenstocks as well).

This is the type of shared experience described in the November 2015 issue of The Atlantic in an article titled: “If You’re Not Paranoid, You’re Crazy.” Following a goodnight text to his wife that read, “Sleep tight and don’t let the bedbugs bite,” the author of this piece awoke to a junk email from an exterminator about removing bedbugs. Are these instances merely strange coincidences, or do they gain validity as more incidents like this occur? Should people be concerned about how their personal communications become opportunities for whoever is watching or listening to learn more about us?

Perhaps more targeted advertisements aren’t excessively intrusive on our privacy, but more so of a nuisance. However, other instances of privacy intrusion seem a bit more troubling, such as local reports in Minnesota during the summer of 2015 about a plane that had been circling the Twin Cities area in a suspicious pattern. The FBI eventually claimed responsibility for the plane but would not disclose its purpose besides its use for “ongoing investigations.” This left Minnesota residents with mixed feelings of security (knowing that possible criminal activity was being dealt with) and violation (knowing that the plane was equipped with sophisticated monitoring and recording technology). We are all becoming more aware of being listened to or watched, which makes uproar about a plane’s strange flying patterns or Facebook messenger privacy concerns all the more meaningful.

This begs the question, is invasion of privacy ever justified? Many argue that the NSA reading emails and monitoring phone calls is beneficial to our safety and ability to punish criminal activity — after all, if you’re doing nothing wrong and have nothing to hide, why be nervous at all? However, the principle of intrusion and feeling of paranoia still remain, and it’s hard to negate the fact that knowing your communications may be seen and heard by someone else can be unsettling and even feel reminiscent of the ominous “surveillance society” . Is it crazy to be paranoid, or is it crazy not to be?