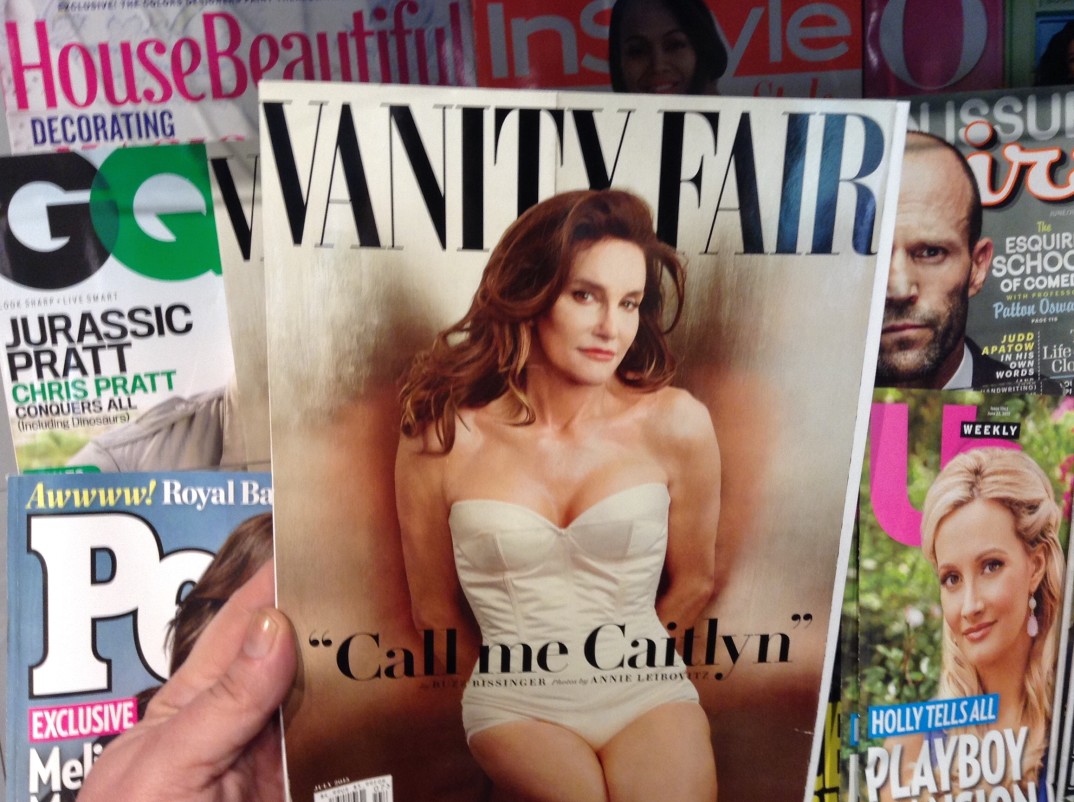 Spirit Halloween released a costume for Halloween 2015 in the likeness of Caitlyn Jenner’s Vanity Fair magazine cover. The immediate reaction of many was one of disgust, feeling that the costume was mocking the former Olympian and her recent transition. Others were concerned that the costume perpetuates a transphobic view.   Vincent Villano, from the National Center for Transgender Equality,  sums up these views by saying  “There’s no tasteful way to ‘celebrate’ Caitlyn Jenner or respect transgender people this way on the one night of the year when people use their most twisted imaginations to pretend to be villains and monsters.”

While the reaction –on the Internet anyways- has been overwhelmingly negative, Spirit Halloween’s head of PR and marketing, Trisha Lombardo says the costume is not meant to offend. Lombardo tells the Huffington Post,  “At Spirit Halloween, we create a wide range of costumes that are often based upon celebrities, public figures, heroes and superheroes. We feel that Caitlyn Jenner is all of the above and that she should be celebrated. The Caitlyn Jenner costume reflects just that.” Jenner was indeed a role model to many during her time as an Olympic athlete and continues to be an inspirational figure to many both inside and outside the transgender community. Despite mixed reactions, Spirit Halloween will continue to sell the Caitlin Jenner costume.

Although most of the transgender community is offended by the costume choice, Jenner herself is absolutely thrilled.  In an interview with TODAY’s Matt Lauer, Jenner thinks the costume idea is great. She appears to let the negativity roll off her back by saying “You’ve got to enjoy life. Life’s too short. I can’t get too upset about that type of stuff.” The only thing Jenner does not like about the costume is the choice of clothing. She jokes, “that they could have a better-looking outfit.” If Jenner herself is not offended by the costume, does that mean it is okay to wear? Is the costume meant to mock the transgender community or portray Jenner as a hero? Celebrity costumes are always popular for Halloween, is this one only offensive because it portrays a marginalized group?