Islamophobia and a Shooting in Chattanooga 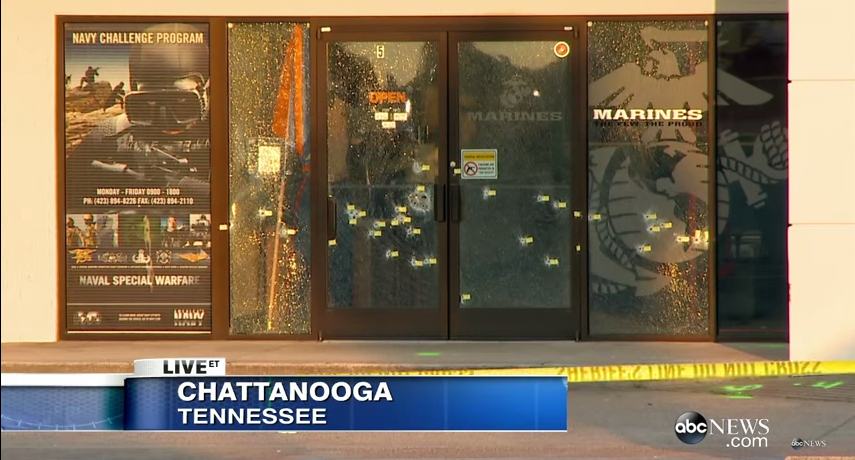 He had a “Muslim name.” He may have been depressed. Perhaps he was using drugs and alcohol. He visited Jordan in 2014. He had an upcoming court date for a DUI charge. And, above all, he was a Muslim.

These are the reasons being used to try and explain the actions of Mohammod Youssuf Abdulazeez. As the investigation into the Chattanooga shooting, which left five military members dead, continues, these reasons have become the central talking points in understanding the shooter’s motives, which are currently undiscovered. The possibilities are varied, and any conclusions made at this point premature. And as news outlets of all kinds continue to speculate on the shooter’s motives, maintaining perspective on his activities is critical.

Key to maintaining this perspective is ensuring that Islam-, Arab- or Middle East-centric narratives are kept in check. For much of the coverage surrounding Abdulazeez, his faith as a Muslim has become the primary focus. Commentators have described how he recently grew a beard, maintained a blog on Islam and even speculated on whether he had a “Muslim name.” In centering their criticism on these characteristics, commentators are doing little to investigate Abdulazeez’s motives. Instead, they are painting him into a caricature of the violent Muslim boogeyman, the villain of any number of Islamophobic and xenophobic narratives in the United States. It certainly is worth examining whether Abdulazeez was ultimately motivated by religious causes in his attacks, but to focus on characteristics that millions of perfectly normal Muslims share veers dangerously toward Islamophobic caricatures.

The shooter’s trips to the Middle East, and specifically a 2014 trip to Jordan, also have drawn scrutiny. Certainly, the shooter’s activities while living there do merit examination in wake of the attack, especially given Jordan’s proximity to Iraq and Syria. In conducting this examination, though, the danger also exists to criminalize an entire area of the world, home to hundreds of millions of people. There are thousands of people living in the US, Muslim and otherwise, with familial ties in the Middle East. It is hardly a crime to maintain these ties by visiting and staying with family members, one of the reasons why Abdulazeez apparently traveled to Jordan in the first place. Visiting the country, or any country in the region for that matter, is anything but an indicator of guilt, and should not be treated as such.

But what about the other factors that haven’t been as prominently discussed? What about Abdulazeez’s family’s allegations that he was struggling with depression, as he had been since he was a teenager? What about his alleged drug and alcohol abuse, for which he sought treatment but was denied by his health insurance provider? What about his impending court date on a DUI charge? What about the fact that friends say he was a gun enthusiast, who invited them to go recreationally shooting with him? What about the fact that he had allegedly spoken against terrorist groups like the Islamic State? These factors may be just as important to understanding the shooter’s motives, yet they are too often sidelined in favor of Islam-centric narratives.

It is critical, then, not to let any single factor dominate an examination of Abdulazeez’s crimes. It is all too easy to reduce his motivations to his religious identity, to paint him as an Islamist menace and further stoke the rampant Islamophobia that already plagues our society. Such perspectives are particularly damaging, and in some ways are in line with increasingly Islamophobic and hateful actions. As terrible as his crimes were, Abdulazeez’s motivations cannot and should not be limited to his religion or his heritage.

Ultimately, it is reckless and irresponsible to reduce Abdulazeez’s motives to his name, his beard, and especially his faith. Playing into this Islamophobic sensationalism may gain viewers and boost ratings. But taking the shooter’s actions out of a larger political and social context only reinforces xenophobic caricatures that endanger millions of Muslims and people of Middle Eastern descent. A critique of the individual is necessary, yes. But with it must come a critique of our society, and the conditions that may have led Abdulazeez to consider his violent actions in Chattanooga to be justified.