An Answer for Srebrenica 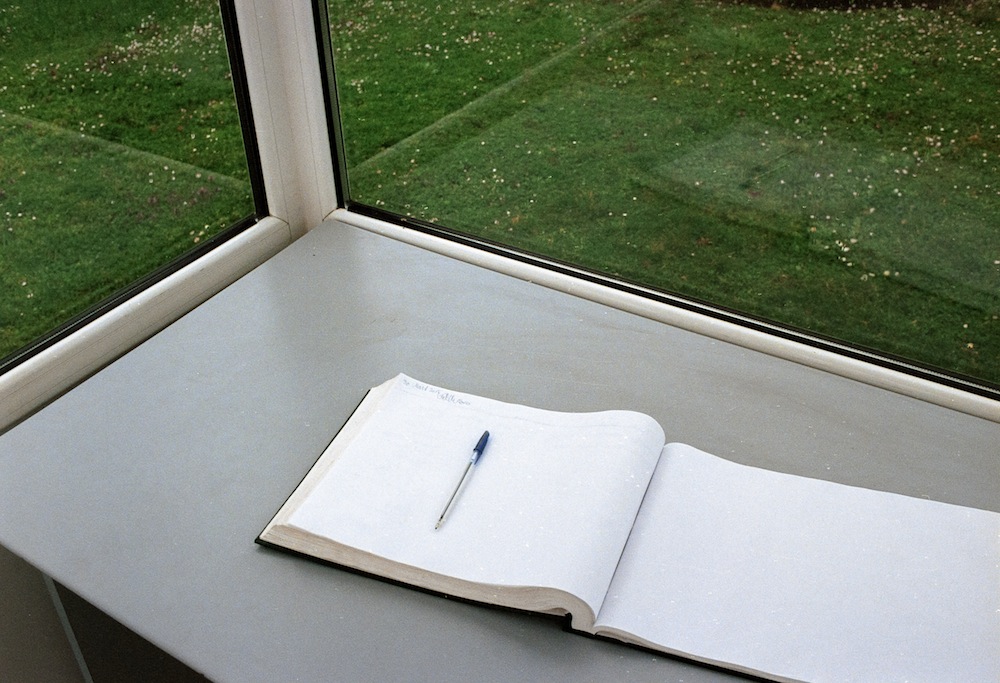 It was rainy and cold in eastern Bosnia, much colder than the previous days spent in Sarajevo. After being bundled into a stuffy bus for a few hours, though, the slight drizzle felt refreshing. We had stopped at a rural gas station for a restroom break, no more than an hour from the border with Serbia. We waited under the pavilion for the bus to depart, passing around a fifty-cent chocolate bar from the store inside. The flavor was thick and sweet, what felt like a much-needed indulgence in preparation for what was to come.

There seemed to be an ominous air of expectation among the group, a quiet uncertainty of what we were about to confront. Driving through eastern Bosnia, we had passed the blackened ruins of several houses, the cause of their destruction unclear yet eerily indicative of our destination. At the intersection in front of the gas station, a road sign marked out the upcoming towns. A few miles down the road, it said, was the Bosnian Serb town of Bratunac. Beyond that, Srebrenica.

A few minutes later, our bus came to a stop outside the village of Potocari. To our right, flanked by a black metal fence and a row of short pine trees, stood the Srebrenica genocide memorial complex. Across the street, a hulking, ugly battery factory stood unused. Before the massacre, Dutch peacekeepers from the United Nations, assigned to protect the safe haven, were headquartered in the factory. Srebrenica’s refugees fled here after the enclave’s fall, and it was here that 8,000 Muslim men and boys were separated from their families and loaded onto buses for extermination.

Aside from one family walking among the graves, we were the only people in the genocide’s memorial complex that day.  At the center, thick slabs of marble ringed a central pavilion, each inscribed with dozens of names of the dead. Organized alphabetically by last name, the lists stretched on, encircling the spot where we stood. Some of the last names were so numerous that listing one family’s dead took up an entire column. Beyond them, waves of identical, white headstones reached out to the base of the hills. From the entrance, gauging the scale of the cemetery was difficult. Yet, from up near the hills, one could clearly see the headstones, clustered around the center in teardrop-like arrangements, radiating out into the valley.

Walking back from the rows of graves, I stopped in a small, glass shelter placed near the entrance. Inside, on a metal table, lay a heavily-bound guestbook, a plastic pen resting on top. The date, March 30, was scrawled at the top of the page in blue ink. So far, at least, the page for that day was blank.

In a few minutes, we would return to the central pavilion to meet our guide. We would learn that he had survived the horrors that had taken place here twenty years before. When the safe haven at Srebrenica fell, he joined thousands of men who, knowing what was about to happen, fled to the land mine-filled hills and, beyond them, Bosniak-held territory. Over the next several days, Bosnian Serb forces hunted the men, killing hundreds with indiscriminate artillery and heavy machine gun fire. The remains of some still dot the hills through which “The Column” traveled, denying the victims’ loved ones the hollow assurance of certainty.

It was a story he had likely told dozens of times, this time to an audience of outsiders looking to pay their respects. His account felt practiced, as he described the events of the genocide in a solemn but matter-of-fact manner. Yet one point led him to break from his measured tone. The Dutch United Nations forces stationed to protect Srebrenica, he said, were elated that they emerged from the enclave’s fall relatively unscathed. Video eventually came to light of the peacekeepers celebrating back at their base, singing and dancing in revelry – all while, unbeknownst to them, thousands of the refugees they were awarded for protecting were being hastily buried in dozens of mass graves. Eleven years later, they would be awarded medals by the Dutch government for their service.

Our guide’s anger made one thing all too clear. This place wasn’t just about the depravity of the Bosnian Serb army. It wasn’t just about orderly lines of buses trickling out into the countryside like centipedes, leading thousands to violent deaths and anonymous graves. It wasn’t just about blood-soaked earth and school walls speckled with bullet impacts. It was also about the fact that outsiders, peacekeepers no less, had been there the whole time, seen everything, and ultimately allowed the killing to continue.

Like so many others in tragedies before and after, the UN forces were assigned to Srebrenica to prevent atrocity. Yet, under-equipped and with part of their unit held hostage, the peacekeepers ultimately helped facilitate the genocide. They drove the Bosniak refugees from their compound and into the hands of the Bosnian Serbs, even providing the fuel that Ratko Mladic and his troops used to drive thousands to killing sites in the surrounding villages.

Visiting Srebrenica, then, was more than just paying respects to the victims of atrocity. It also forced an examination of what roles outsiders play. Even us, a group of seventeen college students on a semester abroad. We were not the Dutch troops who emptied the Potocari compound that day, nearly twenty years ago. But, just like them, we were outsiders, leaving a tangible effect on the spaces we inhabited. We were part of this equation, in some way or another, and we could not divorce ourselves from the role we played.

On the twentieth anniversary of the genocide, The Column’s path was once again filled with a stream of people. Hundreds made their way from the Bosnian city of Tuzla to the Potocari compound, this time in reverse of the terrible exodus that preceded them. Some of them had walked that path before, or followed the path their relatives once took. But others walked in solidarity, retracing the steps of those they did not know to protest the forces that unleashed genocidal violence upon Bosnia.

I am not sure how to answer for what I experienced while studying in the Western Balkans. I am still navigating what place my voice has, negotiating under what conditions I will hopefully return. But, like those who retraced The Column’s footsteps, I too am a part of this. I cannot just passively absorb the experiences I felt while living in Serbia, Bosnia and Kosovo. No, there must be some action. Something to acknowledge my place, at the very least, to give back to the people who shaped this incredible and heart-wrenching experience.

Even after being home for a few months, that empty guestbook page at Potocari stays with me. It required an answer, I felt, demanding that I acknowledge my presence on its pages. At the time, I did not know what form it should take. I am still not sure, I think.

Standing in that glass shelter, I did not pick up the blue pen and add my name to the empty page. But I know that, someday, an answer will come.