This is a Self-Portrait 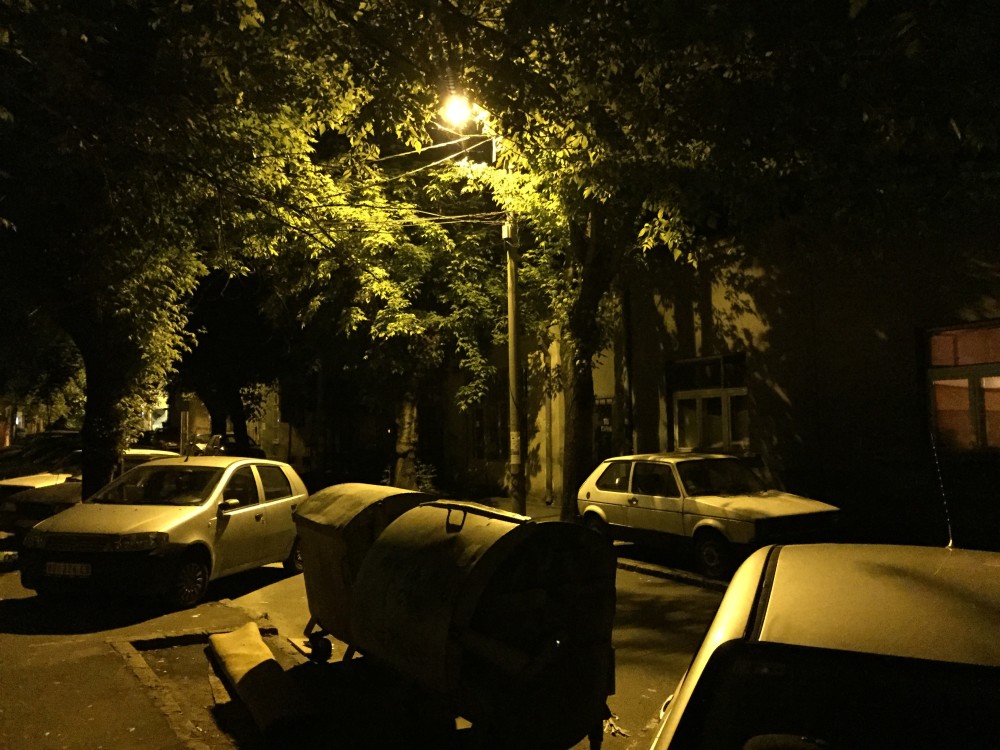 It was peaceful inside the taxi. Quiet radio chatter occasionally broke the silence, but never for long. My driver didn’t speak much English, nor I enough Serbian. So for the time being we sat in silence. I got the sense that he, too, was appreciating the quiet of the morning drive.

In some ways, it felt like a fitting end to the semester – one last cab ride through the city I had made home for three months. Yet this didn’t make it any easier to go. It was like, after months of living and studying in Serbia, Kosovo and Bosnia, I had finally noticed an anchor line tied around my waist. And at the end of that taxi ride, I knew it was about to pull me back.

I wasn’t sure what to say to people at home about my time here. It certainly wasn’t a topic I could sum up in a few moments, a feeling no doubt familiar to many of those who study abroad. Yet this was different. I couldn’t imagine how people would want to connect with what I had been studying for three months. Trauma, conflict, genocide – this isn’t what my friends and family would want to hear about over dinner.

However, so far at least, people have been interested. The conflicts in the former Yugoslavia are not often discussed, with American memories of the wars primarily based on news reports from Sarajevo’s “Sniper Alley” or speeches made from behind presidential desks. Informing others about the conflicts from beyond these sources, as well as undoing the myriad misconceptions Americans tend to have about the region, has been particularly rewarding.

Yet this information has never felt like enough. For while my work often focused on people caught between the borders of politics, trauma and history, of unparalleled value were the moments that also defied these impressions.

Because there too I had seen life. I had seen former schoolhouses, hollowed out by war, once again filled with students looking to learn about their past. I had seen honeybees flit between patches of dandelions outside the Srebrenica genocide memorial. I had found a home in places often monolithically portrayed as hellish bastions of ethnic conflict. And I had lived and worked with people who continue to defy circumstances in many ways designed to produce apathy and resignation.

These memories still resonate with me. They remind me that abject horror and absolute beauty are not just points on a spectrum or themes left jumbled together whenever a conflict subsides. They remind me of complexity, that which is so often left in the shadows when we depict the world beyond our borders. And they remind me that, while my attempts to understand the black and white may be useful, it is the grey that often matters most.

But where it exists, this complexity also poses the impossible challenge of portraying it. For the former Yugoslavia, representing this complexity has meant transforming it into an obscuring shroud, painting the region as a European Heart of Darkness, where inhuman peoples fight wars beyond understanding. Such wars are too complicated to comprehend, it has been said, as if those who fought them were themselves beyond any human conception of rationality.

From the outside, such representations are easy to critique. Yet in trying to describe the issues I encountered, I find myself similarly at a loss for an accurate description. For anyone, let alone by an outsider with three months of knowledge, portraying this complexity is incredibly difficult, even impossible. But the danger of ignoring it entirely, as has often been the case with the Western Balkans, is an equally unthinkable option.

For this reason, the pieces that are to come are foremost self-portraits. They are indications of my place in these spaces, where I have stood and how I have responded. In recording these reactions, it is my hope that I am able to reflect some of the complexity I encountered – a complexity that evades depiction, but one that I cannot help but address.

The pieces that will follow will hopefully provide some understanding about the former Yugoslavia, a region so often left in the shadows of misrepresentation. But they will also tell of quieter moments, like a last taxi ride through a new home. For in simplicity there can be found complexity, and in complexity simplicity. To omit either would invalidate the greater picture.