The N-Word and the Politics of Obscenity 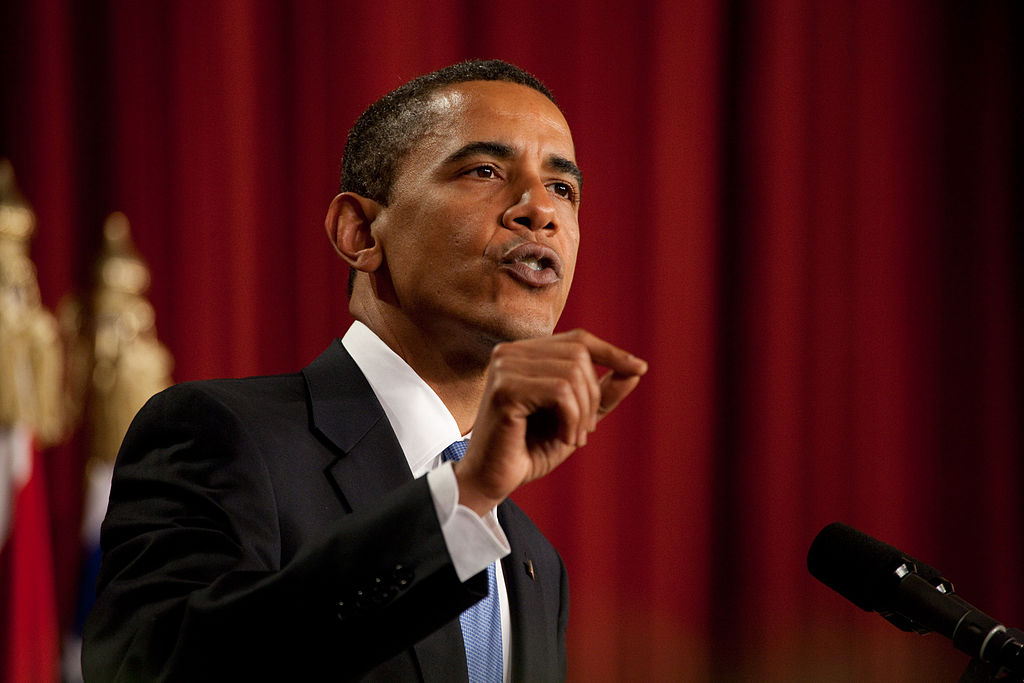 In wake of events like the Charleston Church shooting and Black Lives Matter protests, Americans have increasingly been forced to face the harsh racial realities plaguing the country. Such realities have demanded dialogue and conversation on a remarkable scale. And in encountering these dialogues, many have run into the same problem – deciding what language to use in approaching the topic.

Such questions were underscored by President Barack Obama, when he sat down for a podcast interview with Marc Maron. Typically known for addressing racial issues with restraint, in the podcast Obama didn’t hold back. His critique came to a head when, while addressing the legacy of racism and the Charleston church shooting, the President used the N-word. “Racism, we are not cured of it,” he said,  “and it’s not just a matter of it not being polite to say “nigger” in public. That’s not the measure of whether racism still exists or not.”

Commentators were quick to respond to the President’s comments. Cable news contributors and writers alike questioned whether Obama’s word choice was appropriate. Mic‘s Michelle Graham pointed out that other presidents, including Lyndon B. Johnson, have also used the term to discriminatory effect. To explore the offense the word causes, CNN’s Don Lemon held up a poster of it on air. And Fox News contributor Todd Starnes blasted the President for his use of vulgar language, writing that he was behaving like “a hip-hop artist.”

Yet some of the commentary surrounding Obama’s use of the word follows a different train of thought. Focused on the appropriateness of his actions, these reports are primarily concerned with the obscenity or shock value of his language, rather than the intent behind it. Under this train of thought, the N-word is a term to be avoided for the vague reason that it is explicit, offensive in its vulgarity rather than its racist context.

Such analyses underscore general questions surrounding how to deal with the N-word’s legacy. Recently, the answer to these questions has often been routine and blanketing censorship. Like lesser vulgarities and explicit content, the N-word is often “bleeped” out of songs, television shows and broadcast speech. Publishers have even removed the term from literary works like Mark Twain’s The Adventures of Huckleberry Finn. In this regard, the N-word joins a long list of words deemed too vulgar for public consumption, at least in public spaces where someone could be offended.

When it comes to obscenity in general, such censorship arguably has its benefits. Yet censoring the N-word, namely censoring it in the way our society does, also has negative consequences. These consequences primarily stem from the distinction between the N-word and lesser vulgarities. For many, the N-word is not simply a vulgar curse word; it is a racially charged and damaging epithet, systemically used to marginalize black people in the United States and elsewhere. In this sense, it occupies a special status – a word obscene not only because of its vulgarity, but of its blood-soaked racial legacy.

Acknowledging this legacy in American society is critical. We all too quickly deny that racism is a contemporary force still weighing on our society, arguing instead that it is an artifact of our antiquated past. Our solution up until this point has largely been to silence indications of this force – to hide language like the N-word behind bleeps and black bars, just like any other common swear word. As a result, it is all too easy to lump the N-word together with these “-words,” to consider it explicit for the sake of obscenity and leave it at that. And while such actions may arguably pose benefits, they also help obscure the reasons that the N-word is so obscene in the first place.

For these reasons, our societal framework surrounding the N-word and obscenity must be thoroughly considered. As it stands, thinking of the N-word just like any other curse word erases its racial legacy – one that continues to plague American society. Treating the N-word in the same manner as the F-word, the S-word and the B-word does little to address this persistent issue. In this regard, thinking about the N-word as just another explicit “-word” is insufficient.

It is not my place to determine what role the N-word should play, or if it should be used at all. Yet, I would argue that classifying it as uniformly obscene for obscenity’s sake, without any attempt to communicate why it is explicit in the first place, does little to redress the issues from which it derives its hateful power. For, unlike many other obscenities, the N-word carries with it a unique power to keep hate and victimization alive. When considering its appropriateness in our society, this fact cannot be forgotten.