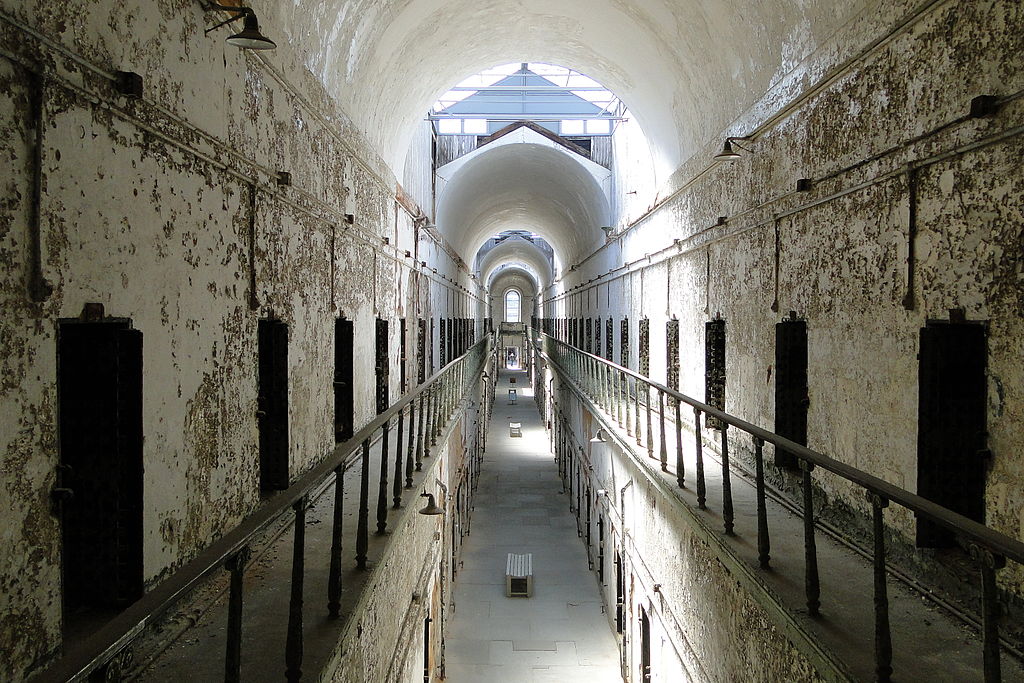 The world of prisons has gone mainstream. In some ways, at least. With shows like Orange is the New Black (OITNB) and books like The New Jim Crow shaping public discourse, prison narratives have firmly wedged themselves into the American consciousness. And, for some, with exposure to these narratives comes the need to experience something similar for themselves.

For those interested, the prison tourism industry offers ways for visitors to do just that. As Mashable’s Jessica Plautz points out, former prisons all over the country offer visitors the opportunity to tour the facilities, hear about their history and, in some cases, even spend the night. The sites of these tours vary from historic locales like Alcatraz to the Missouri State Penitentiary, which closed a short 11 years ago.

The type of tourism described by Plautz is not uncommon. For decades tourists have been visiting sites associated with potentially disturbing or morbid topics, a phenomenon known as “dark tourism.” Famously associated with sites like the Auschwitz-Birkenau concentration camp, Civil War battlefields or memorials for the Rwandan Genocide, this form of tourism operates on tragedy and conflict as a consumable curiosity.  All over the world, such sites of “dark tourism” continue to pop up with each disaster or conflict – even those that are still ongoing.

While the ethics of the industry are still being debated, one could certainly argue that they play a positive role. For sites like former concentration camps, dark tourism acts as a powerful reminder of past atrocities and, hopefully, a motivation to avoid them in the future. Without this industry, it could be argued, such reminders would not be nearly as potent or far-reaching.

Perhaps, then, the action of visiting a former prison in itself may not be unethical. However, it is important to examine the intention behind entering these spaces. Certainly, visiting a prison has ethical benefits; there are few more immediate ways to learn about the experience of the prison system than visiting a former prison, and Plautz’s article points out the value of experiencing these spaces to better understand modern incarceration.

However, there are also plenty of reasons that seem less ethically sound. Foremost among these is a need to visit such spaces as an extension of entertainment. Even former prisons are intensely political, and in many ways tragic, spaces, and to approach them simply to be entertained ultimately fails to acknowledge such issues. With the prominence of prison-related entertainment like Orange is the New Black, this motivation becomes particularly relevant. Visiting a former prison just to connect with the show and its characters, for example, could easily trivialize the more problematic aspects of incarceration brought up by a visit.  This could ultimately lead one to value such “dark tourism” as entertainment value alone, while obscuring the larger political themes the practice helps publicize. In this regard, it is critical to face one’s own intent for visiting former prisons as tourist sites.

In many ways, though, recognizing intent alone is not enough. So-called “dark tourists” must also be aware of the power dynamics they play into when visiting these spaces. With its commemoration and communication of tragedy, dark tourism carries an underlying level of privilege. Visitors to these sites are privileged that the atrocity on display has little or no immediate connection to them, and that they can encounter it on their own terms. Such spaces tend to operate on a degree of curiosity, visits to them often motivated by an attempt to better understand an otherwise unknown tragedy or conflict.

It is for this reason that former battlegrounds or concentration camps are tourist sites in the first place – they are both sites of remembrance and curiosity, a chance for those uninvolved with the tragedy to experience it in a contained and otherwise constructed experience. Experiencing tragedy in this regard is an undeniable privilege – one not afforded to those whose suffering made the site a tourist attraction in the first place.

In this regard, visiting a prison as a tourist takes on an entirely new context. For, while many former prisons have not housed inmates for years, their existence is inseparable from the larger system of incarceration in the United States. Unlike a serial killer’s former home or WWII-era concentration camp, the processes these sites were built upon are still ongoing and affect communities all over the country. And as these processes continue, so do their tragedies: for many, incarceration is not an abstract idea to be experienced on a guided tour, but a very real and damaging process that disproportionately targets communities of color, the mentally ill and the poor. To visit a former prison without acknowledging these tragedies would only reinforce one’s privilege in occupying such spaces.

In light of the privilege associated with dark tourism, it is difficult to say whether a visit to a former prison could be ethical. To enter these spaces allows a tourist to encounter incarceration in a sanitized and consumable form – a luxury not afforded to the millions of prisoners living through the injustices of the U.S. prison system. In some ways, it seems wrong to take advantage of this privilege at all, regardless of the tourist’s intent.

Admittedly, this process does have its benefits. Just like Orange is the New Black, it could be argued that prison tourism raises awareness of incarceration today, a perspective that would otherwise remain largely invisible. And without consumable forms of tragedy like “dark tourism,” it may be more difficult for an interested person to feel an immediate and direct connection to the issues portrayed. However, like OITNB, such sites cannot be divorced from their roles as entertainment. This entertaining component is critical to bringing in an audience, but it also can easily obscure the substantive ethical issues beneath the surface.

For this reason, it is critical that consumers and producers of prison tourism approach it with a critical eye. Only with an awareness of the ethical issues at play, and an examination of the tourist’s role in them, will such forms of tourism achieve their full ethical potential.