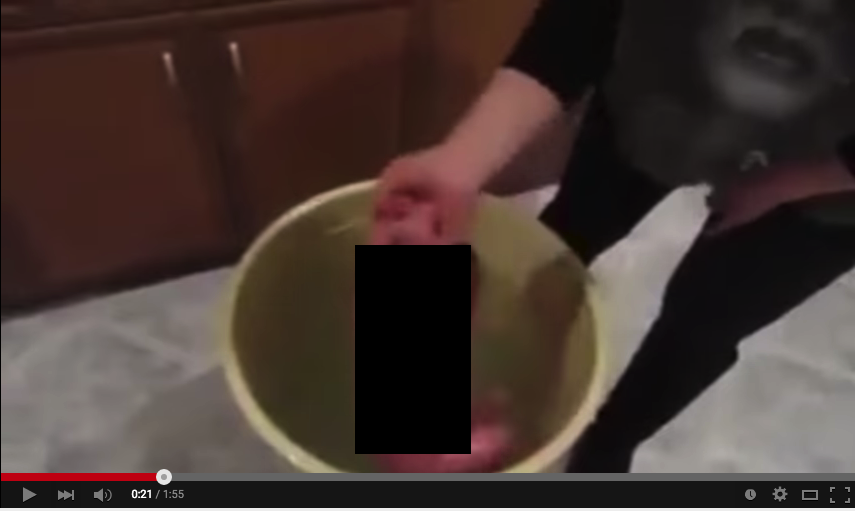 The video begins abruptly. Likely recorded on a phone, the footage is shaky and blurry, yet the subject is sickeningly unmistakeable: a crying infant being repeatedly and violently dunked into a bucket of water. First it is held by the arms, then upside down by one leg, then grasped by the face as an unidentified woman pulls it through the water. Near the end of the video, the infant falls silent, the only remaining audio the splashing of water and murmured conversation as the child is dunked again and again.

The video is startling, an unquestionably disturbing depiction of child abuse. Yet it is still accessible to anyone on Facebook, the site’s administrators declining to heed comments demanding its removal. The issue, they have said, is not one of free speech, but of social activism. Despite its disturbing content, they argue, the video plays a crucial role – one that informs users about the world’s injustices.

Facebook’s actions provoke a number of questions about the platform, especially how it should decide which content is published and shown to others. While it certainly has the technical and legal power to do so, some may question the role Facebook is taking on – not just as a social media platform, but as an activist organization of sorts. In this light, questions arise of whether Facebook’s policy of aligning its content along activist lines is ethical. While the video in question is one of abuse and not necessarily political, should Facebook have the right to shape content on more controversial issues, such as abortion? Given the platform’s past run-ins with censoring content and secretly shaping Timeline data to manipulate users, ethical questions about its ability to shape content abound.

It is also worth examining Facebook’s actions within their context as activism. As quoted in an article by the Guardian, Facebook UK’s policy director, Simon Milner, expressed hope that the video would lead to the baby’s eventual rescue. In this case, then, Facebook allowing the footage to stay up acts as a means of awareness and justice-seeking, rather than free speech alone.

While such goals may be effective in theory, crowdsourcing justice online has a controversial past. Most prominent in recent months has been the process of doxxing, where blogs like “Racists Getting Fired” expose the personal details of people who have posted online or acted in a discriminatory manner. These details are then used to contact the individual’s home, school or place of business, ideally with the goal of having them fired over their racist remarks. Similar tactics have been used against everyone from the Ku Klux Klan to female video game critics like Anita Sarkeesian and, while praised by some, remain highly controversial.

In this light, it must be examined whether Facebook’s attempts to crowdsource justice constitute something similar. Certainly, the company’s monumental platform allows it to reach an unprecedented number of people, a factor undoubtedly valuable in trying to identify the abusive woman in the video. However, what comes after her identity is discovered? Will justice be pursued through official channels, or will the woman be subject to a widespread, online attempt at vigilante justice? And regardless of her clearly abusive behavior, is this form of punishment justified? Would Facebook share any responsibility in the consequences of this vigilante justice?

It also must be questioned of whether the video could act as another means of victimization for the child in the future. Even as an infant, being abused and videotaped during the act is an incredibly traumatic experience, an experience now spotlighted by Facebook’s choice to leave the video up. While it is yet to be seen whether this spotlight will ever find its way back to the victim in question, allowing the video to stay published opens the possibility of further trauma for her or him in the future.

Despite its value as a tool of social activism, Facebook’s decision sparks a number of ethical issues, both for the organization and its choice to leave the video up. And though many of these questions will not be answered until the perpetrator of the abuse is brought to justice, they will continue to shape the way users interact with Facebook and the content it allows to be published.