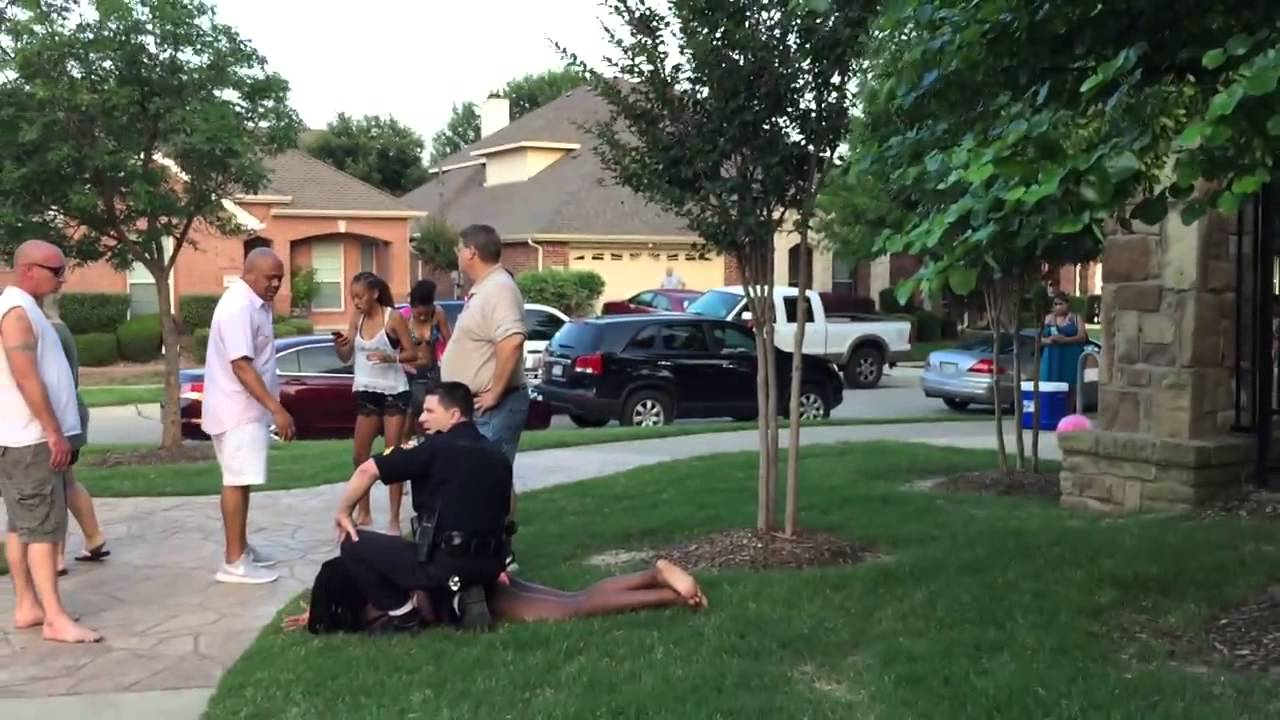 The seemingly endless events of police brutality and the deaths of unarmed black people of the United States has captivated and divided our country. The most recent in the saga is the events of the infamous pool party of McKinney, Texas. Videos of the police officer under question, Officer Eric Casebolt show him arriving at a teenager’s pool party with mostly people of color in attendance and throwing a young bikini-clad fifteen-year-old to the ground, placing both knees and his full weight on her back, and shoving her face into the ground. He then threatens other kids who run to help her by pointing his gun at them. All attendees were unarmed and nonviolent.

There has been discussion over this incident, and much of it is argument over whether Officer Casebolt is racist or not. Those who defend Officer Casebolt argue that he had just responded to two suicide calls and was emotionally unstable at the time. But maybe this argument of whether the officer is racist or not is just a distraction from the real issue at hand, which is why did the police come in the first place? I believe the answer lies in the concept of white space vs. black space, who belongs and who does not, and how this tension leads to racial profiling in our country.

Before the officer arrived at the scene, the teens had been pestered by the security guard of the pool who continuously insinuated that they shouldn’t be there, though according to attendees, they had done nothing wrong. The security guard accused them of playing music too loudly and not having permission to use the pool. The security guard supposedly told them that their music had to be turned off, though attendees swear that the music was edited. Most teens in attendance lived in the community that owned the pool and thus had the right to its use.

Why would the security guard be uncomfortable with a large group of teens when there were groups of white teens at the pool as well? Why would their music be a problem if there were no curse words in it? Why would they assume that the teens didn’t belong, though most of them lived in the neighborhood?

On an episode called the “Birds and Bees” on NPR’s This American Life, one of the voices heard is Nikki Jones, who discusses how Americans racially code space. She says, “The ghetto itself is believed to be carried on the bodies of black people…that presents special dilemmas when black people are in white space. What is white space? Almost anywhere else. In these white spaces, black people have a special burden and they face a number of dilemmas. They have to prove that they belong there, the burden is on them to prove that they belong in a particular space.”

This rings true in the tale of the McKinney pool party. These teens should not have had to convince anyone that they belong in the neighborhood in which they live, let alone be subject to police violence while trying to prove their legitimacy. McKinney is not the ghetto, it is an average middle class suburb of Dallas, TX. By Nikki Jones’s logic, McKinney is white space, no matter how many people of color live there.

When examining events of police brutality against people of color, it is easy to get distracted by the violence. Though we need to discuss the violence and work to end it, our conversations must not end with “agree to disagree” moments of whether police violence was racist or not. Let us not forget to question why the police stopped these victims in the first place. Let’s examine if there was legitimate cause or if it was simply because they were a black face existing in a white space.