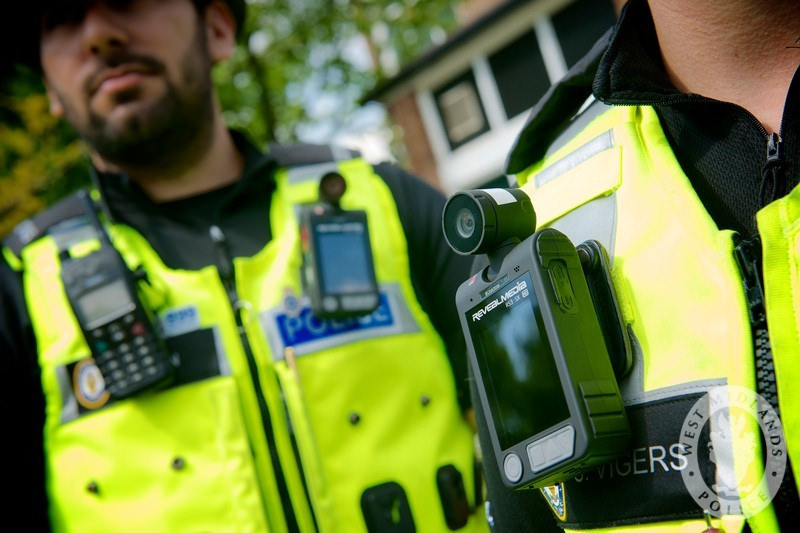 The recent shooting death of Walter Scott in South Carolina is rekindling a national debate about police and body cameras.  It was caught on video, and many surmise that this would have easily been covered up had the video not been taken by a brave bystander.
Paul Butler, a Georgetown Law Professor says,

“In the African-American community, we’ve known of episodes like this for decades, but until there’s graphic video like this, our stories have not been believed,” Butler said. “Now people are seeing what we’re talking about … how police literally treat black people like non-human animals.”

Executive official across the nation are now, again, calling for all police to wear body cameras.
But in the wake of several police shootings (caught on video), some are concerned that police body cameras won’t do much good. In July, when Eric Garner was killed people were demoralized.  His death was caught on camera, and people thought, “If we can’t even get a police officer to stand trial on the basis of this, what is the use of body cameras?”
There are two potential replies to this. First, there is evidence that police wearing body cameras drastically improves relations between police and civilian populations.  Second, people argued if Eric Garner’s case didn’t lead to a murder charge what hope do we have of any video footage leading to a murder charge? Walter Scott’s case gives us hope that video footage sometimes can lead to a murder charge for police brutality.
However,  there are still worries that remain about cameras and some worry that things will be drastically different when police are in control of the cameras. Matt Stroud notes some potential problems with police cameras. And one of his primary concerns is that we don’t have any clear idea what to do if police don’t turn the camera on. The police that want to kill someone unjustly are the one’s most likely to ensure that either the video doesn’t get recorded or is destroyed after the fact. So, when the video evidence is most likely needed is when it will most likely be unavailable.
This is precisely what happened when Antonio Martin was shot and killed in Missouri by a police officer in December. The officer didn’t have his body camera activated.
Privacy advocates also argue that the existence of cameras could be used to further the police surveillance state, and that the existence of cameras may just trade one kind of government injustice for another kind of injustice.
So on the one hand, police cameras seem like they have the potential to reduce police brutality by keeping police offers in check on a day-to-day basis. The hope is that this would reduce the instances of unjust police brutality. But there are concerns about what the long term effects of body cameras on other citizen rights. What we need to do is determine what is most important. Do the potential benefits of police body cameras seem likely enough that they outweigh the potential privacy concerns of citizens?