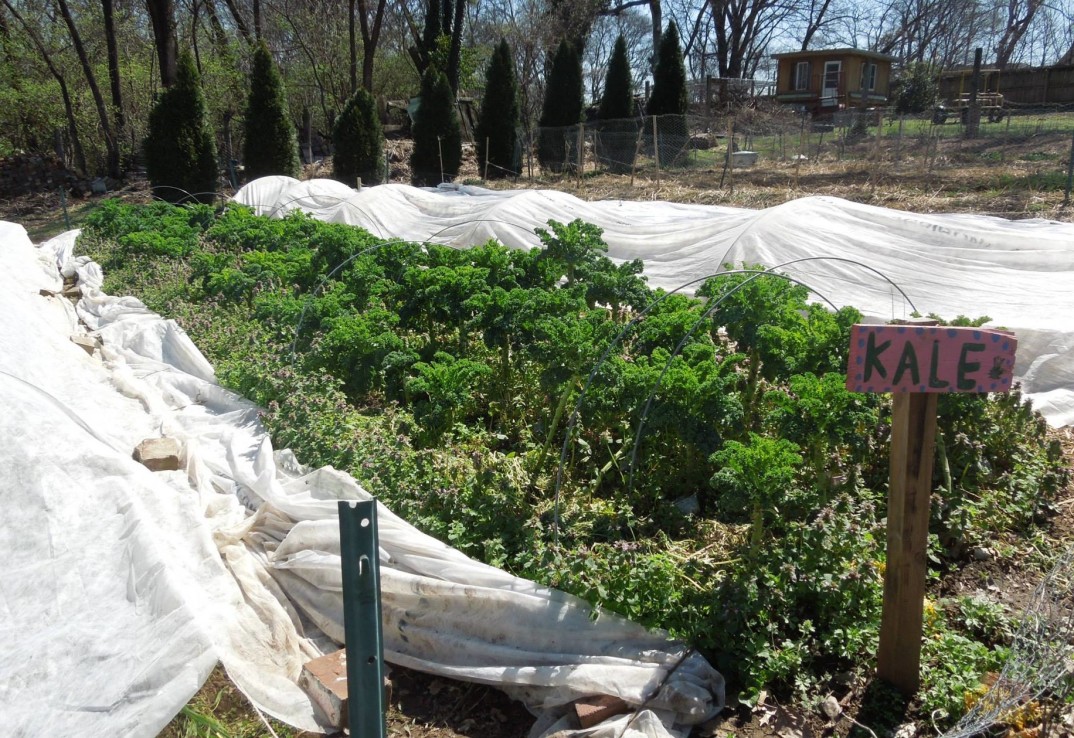 This post draws on my experience from co-leading the Prindle Institute’s Alternative Spring Break trip to Nashville, TN focused on food ethics and justice on March 22-28, 2015.

Food justice is an issue that many of us are indirectly exposed to at an early age. We’re taught, often through religious education but also in other ways, that many people in the world are hungry and we, as more privileged global citizens, have a responsibility to help alleviate their suffering. In my experience growing up in the Catholic school system in Columbus, Ohio, canned food drives were routine, field trips to food banks were not uncommon, and students memorized “feed the hungry” as part of the Corporal Works of Mercy. We lugged paper bags filled with Campbell’s soup, Ramen noodles, or whatever else our parents wanted to discard from our pantries to Homeroom to earn a “dress down day.”

Hunger seemed to be a black and white issue that could be simplified as such: a lot of people need food, we can and should donate food and volunteer, this makes a difference. There’s nothing incorrect about this perspective, but it’s undeniably limited. As schoolchildren, we understood what we were doing as good (and it was), but we couldn’t really fathom the more complex issue at hand.

As my coworker, Jacquelyn Stephens, and I planned Prindle’s Alternative Spring Break trip to Nashville, we wanted the experience to be an introduction to the multifaceted nature of food issues. Because food is linked to so many other areas of social concern – sustainability, waste, economic inequality, corporate social responsibility, animal ethics, the list goes on – we tried to incorporate as many elements of the food justice movement as possible in the trip itinerary. We worked in community gardens, volunteered at a food bank, and visited a commercial organic farm. We met incredible individuals in Nashville that are promoting a healthier and more equal food system.

While some of these organizations are working towards food justice in contrasting and potentially contradictory ways, I’m inclined to say that each one of them is contributing to the social good despite possible paradoxes. It’s often the case that one food philosophy is contrary to another, though both are seeking a similar end goal of equality, health, and accessibility. Our experiences on the trip provided thought-provoking insight into the complicated nature of the food movement.

Our first service engagement was at The Nashville Food Project, a non-profit organization that grows, cooks, and delivers meals for residents of Nashville who don’t have access to healthy food options. Their website states, “We are focused on how food can be a tool for building up communities. Our mission is to bring people together to grow, cook and share nourishing food, with the goals of cultivating community and alleviating hunger in our city.” TNFP grows much of their produce in their organic gardens but also accepts donations from nearby restaurants and grocery stores, notably the local Whole Foods Market, which donates an average of 350

pounds of food per week. That’s a shocking amount of food that would otherwise be wasted – fruits and vegetables, bakery items, etc. At the Wedgewood Ave. Urban Garden site where we worked, there is also space for community members to grow their own food. This season, they are specifically offering gardening plots to local refugees. Our group task was to prep a new section of the land for the refugees’ gardens.

As we sat down for a picnic lunch on our second day of volunteering, Christina Bentrup, Garden Manager at TNFP, posed a question for us: as an organization, how do you reconcile growing more food with the knowledge that so much food is wasted on a daily basis? Is it okay to focus on producing food when a potentially bigger problem lies in our inadequate system of distribution? It was clear that Christina took this question quite seriously, though she didn’t necessarily have an answer.

It’s great that TNFP is producing quality meals for Nashville residents, but as Christina explained, there is still a tension between producing more and understanding the problem of waste – especially considering that in the United States, we waste approximately 40 percent of the food we produce. Recent visits to DePauw’s campus from Jonathan Bloom and Chris Jordan as part of the Envisioning Zero Waste initiative have emphasized the hard facts about food waste.  They’re quite difficult to ignore once you assess your own habits and realize just how easy it can be toss something into the trashcan with total disregard. As a society, we tend to be mindless when it comes to food waste, and this has social, economic, and biological consequences. A 2014 report from the USDA stated that, in 2010, “the estimated total value of food loss at the retail and consumer levels in the United States was $161.6 billion.” Along with food and money, we also waste human potential. It’s difficult to maintain a job, stay healthy, or do any sort of meaningful work when your basic hunger needs are not met.

Food is wasted during production, at restaurants and grocery stores, and in our own homes. We only buy the shiniest apples. We listen to “sell by” dates instead of our own natural sense of what’s okay to eat. An inadequate food supply isn’t causing hunger; our mishandling of it is the root cause. Because of this, justifying more means for food production is morally complicated.

In TNFP’s case, they get points for tackling the issue of waste to a certain extent through accepting donated foods, composting, etc. Still, this is a legitimate and complex ethical concern for the organization and others like it. Christina presented a hypothetical situation: “Imagine you’re in a management position, and you have a waste reduction worker and food production worker, and you have to let one of them go. Who should it be? Whose role is more important?” As a group, we ultimately concluded that waste reduction is the bigger priority, but we simultaneously viewed TNFP’s emphasis on the production of organic, healthful, and accessible fruits and vegetables as a worthy endeavor.

Is it morally contradictory to hold such a view? It could be. However, it’s difficult to pit production and waste against each other in the case of TNFP’s community-based approach.  They aren’t producing on a mass scale for a wide range of consumers. They’re giving to Nashville residents in need, and they’re creating an environment for community members to get involved through volunteering and growing their own food. The invaluable opportunity for social engagement that these gardens provide and the organization’s emphasis on fresh and nourishing meal options might outweigh problems associated with the broader issue of poor food distribution.