A New Life: Worth the Risk? 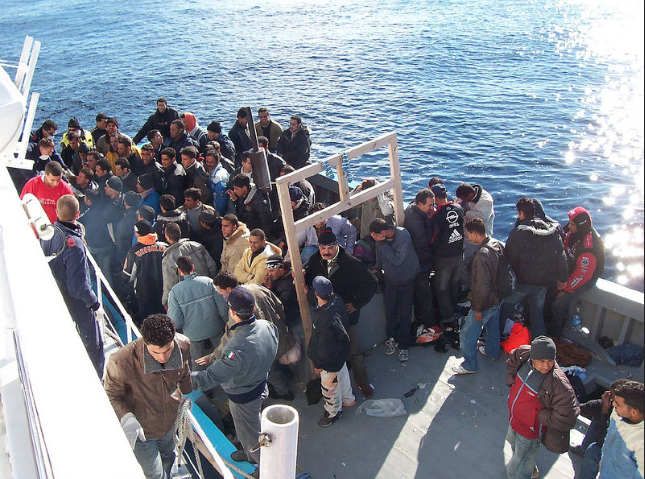 In recent years, immigration to Italy and other parts of the Mediterranean from Africa and the Middle East has increased significantly. Immigrants are determined as ever as they choose to endure the possible threats of treacherous conditions, poorly contracted boats, pirates, and on-ship conflict for the chance at a better life in Europe. Migrant ships have been a source of discussion lately as one ship capsized off the coast of Libya on Monday, while yet another another ship faced deadly fighting onboard. However, even though the potential dangers of migrant ships have been highlighted, the inflow of immigrants to Italy has not slowed.

Although weather conditions were ideal for boating on Monday, even the calm waters could not prevent an over-crowded migrant boat from sinking. Ironically, the sight of a rescue boat is what eventually caused the boat to capsize as hundreds of migrants clambered to one side-throwing the boat off balance- to get a better look. Italy’s coast guard was able to ensure the survival of a small number of migrants, but as many as 400 bodies have yet to be found. Although the Italian coast guard is doing their best to ensure the safety of migrants, they are calling on the European Union to increase their efforts of in both patrolling and search and rescue after accidents.

Although the EU may be able to further assist in patrolling and searching to decrease migrant deaths in the Mediterranean Sea, they may not be able to help with internal conflicts onboard the ships. A recent religious altercation onboard a migrant ship resulted in the deaths of 12 Christians thrown overboard by opposing Muslim migrants. Luckily, others on the boat were able to form a human barrier to protect themselves from the same fate.

Although some risks could possibly be alleviated by EU intervention, migration through the Mediterranean Sea continues to endanger migrants. For many migrants, the prospect of a new life outweighs the possible challenges involved. Migration to Italy and the Mediterranean only continues to grow as the potential dangers increase. Will the European Union be able to ensure more successful migrations through increased involvement? How can on board conditions and climate be improved for migrant passengers?