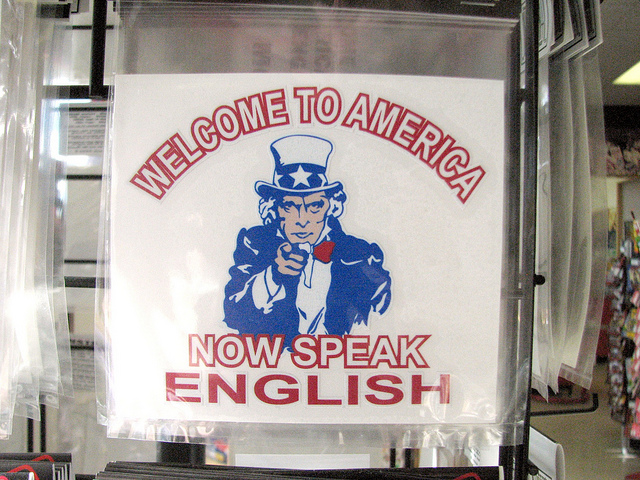 “Many of the ensuing problems call for solutions that cannot wait for the world to agree on a universal right to move, some of them of an ethical nature.”

This quote is taken from an article by Florian Coulmas which discusses “The Ethics of Language Choice in Immigration,” and sheds light onto a topic that is rarely discussed: the ethics of language.  We use language all the time, however, we rarely discuss the originations, usage, or particular implications of the ways in which we can talk and actually speak about dilemmas such as immigration.  We also rarely address the ways in which language can become unethical.

1. Should language rights be understood as collective rights or individual rights?

2. Do language rights entail active endorsement of immigrant languages on the part of the state, or only passive toleration in the private sphere?

Coulmas expresses the importance that language has for society; “high-level communication is key for most operations” and successes in the world as we know it.  The  emergence of a “national language” trend, post-French Revolution, however, inevitably repressed already linguistic minorities by transforming the English language into an extension of state power and control. Not to mention, Native American languages, which were the true first language(s) of the “United States” are now considered insignificant next to English.  English-speaking elites have successfully colonized not only the land we now call America, but the language of this place as well.

What is the responsibility of the government or society as a whole when it comes to including the language(s) of immigrants? Viewing language rights as a collective responsibility would make it ethically imperative for a government to actively endorse all minority languages, providing linguistic support for these people when it comes to law, medical care, etc. Keeping the languages of immigrants in mind would also be a smart move for authoritative bodies, as it is in their favor to have an informed working class and electorate.  Coulmas’ advise for balancing this slippery slope is that, “To treat individual immigrants fairly and to prevent collective discrimination are obligations of a just society that the state as its agent cannot disregard.”