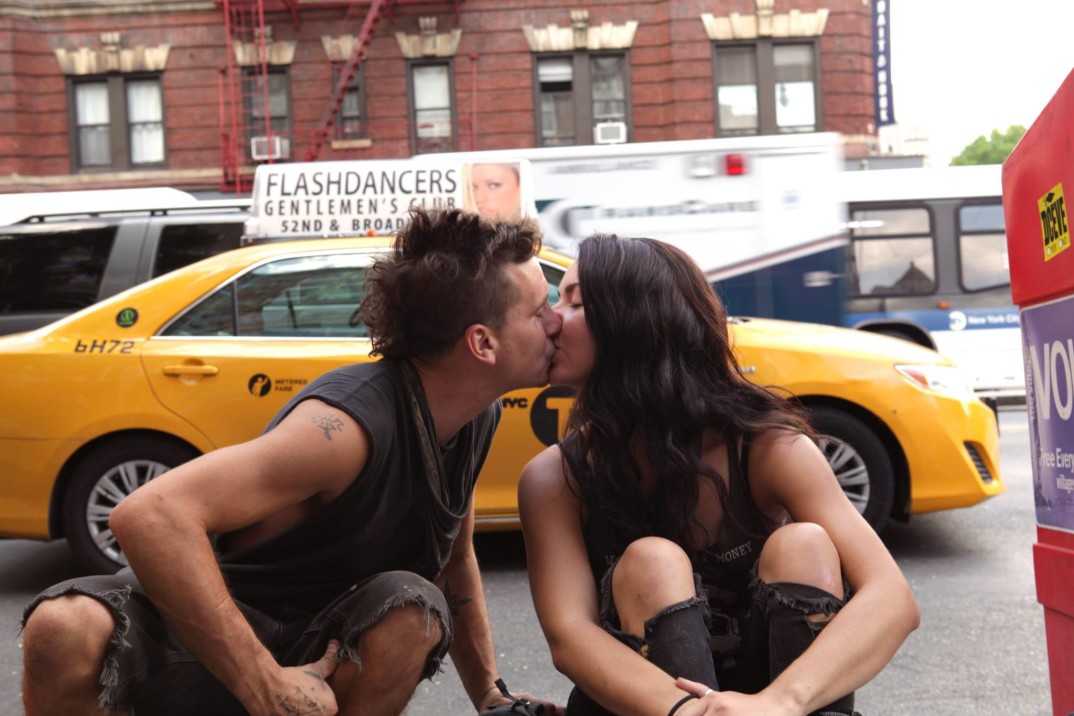 Congratulations to our winners!!!

Graffiti as we know here is the U.S. is thought as trash and dirty, stereotypes that are simply not accurate. Graffiti is more than just trash created by the lowly and impoverished. This negative connotation needs to be removed from this artistic form of self-expressionism. If you ever get the chance to walk down the streets of downtown San Jose, nearly every nook and cranny is covered in colorful and vivacious street art. The diversity of street art forms represents the rich diversity and culture of the countries that borrows many traditions from other countries while remaining to hold on to their own. One of the main topics expressed in this street art is political corruption of both Costa Rica and fears of globalization. Also numerous topics include the free trade agreement with the U.S. (CAFTA, or TLC in Spanish); corruption in the government; criticism of specific government officials, including the president; the demand of equality for homosexuals; and protests against wars and support for revolutionary movements in other countries.

The Importance of Mangrove Trees In The Environment

These trees play an important role in the environment. Besides providing a refuge to many species, the mangrove forest is one of the most diverse ecosystems in the world. They also help to control wave action along and near the shore with their long roots protecting organisms that live on and in the trees. More recently in history, many fishermen on the Pacific shores of Costa Rica have been cutting down these trees in order to build and farm aquacultures of fish. The land that used to be used for the sheltering of these organisms is gone thus destroying the habitats of species of fish, birds, crustaceans and other organisms. Legislation in Costa Rica has been trying to put a cap on the expansion of aquaculture on the Pacific shores and has had success in recent years with mangrove restoration.

This photo was taken at the International Bazaar in Freeport, Bahamas. Since the Princess Hotel in the background closed and tourists began flowing to a different part of the island, the bazaar has become an overgrown ghost town. Besides a few tiny stores near the weed-ridden parking lot, all the business have been abandoned and boarded up. Although this image is in black and white, it was originally taken in color. I made the decision to remove the color in order to accurately portray the situation I witnessed. The restaurant’s pastel paint aroused feelings of happiness, a sentiment not felt by the poverty stricken shopkeepers in this forgotten place. Thought the colors would have accurately portrayed the building, they would not have transmitted the desperateness of the area. The monochrome version of the image transmitted this desperateness to the viewer more affectively and thus told a truer story than if it had remained in color.

Homeless people are being increasingly weeded out of many United States cities and bills against the homeless are being passed or considered. How is it that in a developed society like the United States’, fellow human beings are treated as pests need to be cleared from sight?

Homelessness might sound distant but it is actually very close to us in Greencastle. Beyond Homeless, a homeless shelter for women, is in fact only a 10 minutes walk away from East College.

Hacienda Luisita, a sugar plantation in the Philippines, is the site of a military massacre of farm workers protesting for living wages, better working conditions, and land ownership. President Noynoy Aquino, the current owner of this plantation, claims to have distributed the land under the Department of Agrarian Reform, but in reality the people have seen a further privatization of their crops through foreign corporations. Pictured here is a wall installed by the government to prevent the people from farming on this underutilized space. The wall becomes a demonstration of power, and those that cross this border are threatened with watchtowers full of militarized police. To continually resist their oppressive feudal governance, the people have started collective farming to support their community. Though many have perished through unlawful killings fighting for their land, their battles endure today.

East College looks hauntingly beautiful lit up as it is at night. However with the Sustainability Office’s theme of Zer0 Waste and the Conservation Challenge in full swing, East College’s light present a mixed message. DePauw has made wonderful efforts towards energy efficiency and zero waste, but the lights serve no practical purpose (i.e. security), and are left to shine through the night. Turning off the lights to save electricity would fall in line with DePauw’s stance on energy conservation, but would also result in aesthetic lose. Are energy conservation practices only worth implementing when they do not effect aesthetic value?

Brined and Smoked Bacon
Black and white film photograph
At the Bloomington farmer’s market, I noticed the stare of a young boy. On the ground under the market tables, he patiently sat as his mother picked produce. Photographing in a public space leaves a hefty amount of power in the photographer’s hands. In this public space, I have the right to take this photograph. Legally, I do not need the consent of these subjects. Yet, this young boy is the only subject aware of my photo taking. And the photographing of children raises the questions – Are they able to give consent? Is it justifiable to take a photo of someone who is unable to agree or deny? And this can lead to the whole discussion of “truth,” what does the courtesy of requesting a photo mean for artistic integrity and the capturing of a moment?

At first glance, I absolutely fell in love with this picture of these adorable little kids. Our guide, Addi, took us on a tour of the village of Mesguida where he grew up. While walking throughout the winding passageways, we encountered a group of young boys who followed us about the town. The adorable boys pictured are only two of many who joined our tour. The little boy to the right was sticking his tongue out at who I believe was Dr. Kertzman. It shows a childish nature of something everyone can relate to even with language barriers. The background is plain with tan colors that show the clay buildings and dirt roads common to the desert area. Below the children’s feet are articles of garbage. Even in the large city of Fez I saw piles and piles of garbage on the roadsides. From this I am reminded a few of many problems present in Morocco; I see the garbage that fills the streets, and also of the constraints of education. These children are not present in school despite the fact that school was in session; we even passed a busy schoolyard minutes before capturing this picture. Another glance at this picture only begins to display the complex relation between these issues. What I first thought was a cute picture of children turned out to reveal my own level of unawareness to global issues and the complexity these hold.

I wanted to capture this encounter because this little girl was so sweet. Our guide, Addi, got down to he level to talk to her and, although I don’t know what they talked about, I know she trusted him. Her arms were outstretched as she told him something, a sign that she was okay with being vulnerable to him.

The sightseer, Terry, took pictures of the fossils behind the two. Women and children were in the background, gathered around their goods they hoped to sell. The sleeve on the left and footprints underneath placed myself, a student, in the frame as I captured a moment in which I was the outsider looking in.

If anything, I’ve captured what is for myself a complex story of class, power, and privilege. How everyone was presented in this picture contributes to the creation of a complex relationship between my own view of the country and the view of myself. I captured the subjects I saw as the tourist taking pictures, the women and children selling goods, the new and older generations interacting, and myself, the one in power of what to take a picture of. As I reflect upon this picture, I am interested in the role I played as the photographer and question what role class, power, and privilege also played into how I captured and presented these subjects.

This picture was taken at the Dachou Concentration Camp in Dachou, Germany. This is an original prison cell that most likely held religious leaders, or any leaders that posed a threat to the Nazi’s. This picture make me think of hope. Seeing the sun shine through the prison bars may have been similar to a sight seen by a prisoner at the time and symbolizes the world that exists beyond the camp.

This picture was taken in Pendleton County, West Virginia during a 2014 Spring Break In-Service trip through Habitat for Humanity. The Appalachian area is the poorest area I have ever visited within the United States. One of the most commonly seen themes in that area was faith. Despite almost everyone struggling financially in the area, everyone had an immense amount of faith in God. This board and others like it embodied this idea by “God Bless This House” being written on the boards that would be built into the house with the help of habitat for humanity.

This picture was taken in November of 2014 during the “Hands Up, Don’t Shoot Rally” held in front of Roy O. West Library. While I feel as though the picture accurately portrays the events and the feelings of the rally, it did make me wonder how much can a photograph communicate to its viewer. While a photograph may tell a tale, it does not necessarily tell the whole story. Instead often photographs make the subject one dimensional failing to show them beyond a single quality. This over simplification of people and stories is a pitfall that can be bridged by representing the subject with multiple photographs. This allows the intricacies of the issue to manifest themselves instead of be flattened.