The NYPD and Mayor de Blasio 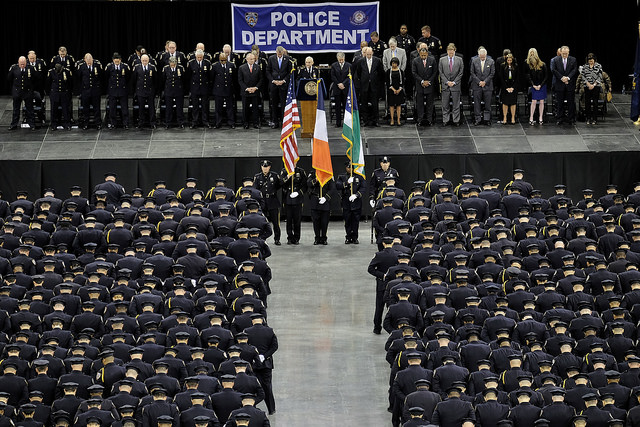 In the wake of the lack of indictments of police in the deaths of Michael Brown and Eric Garner, both black men killed by white police officers, tension is high. Recently, New York City mayor Bill de Blasio mentioned that he has taught his biracial son Dante on how to deal with the dangers that police potentially pose.  Since his remarks, the mayor and the NYPD have been in conflict. The police feel that de Blasio is attacking them with his remarks, and that he needs to redeem himself in the eyes of the force. When de Blasio delivered an address at the police academy graduation, he was met with several “boo”s and shouts of “traitor.” De Blasio has also been close with anti-NYPD figures, which makes the officers feel separate from the mayor. Officers turned their backs to him at the funeral of NYPD Officer Ramos, who was shot and killed by a man apparently in protest of police brutality. Despite requests from Police Commissioner Bratton, NYPD officers did the same at the funeral of Ramos’ partner, Wenjian Liu.

This has been seen as a sign of disrespect not just to de Blasio, but to the slain officers as well.  Is it ethical to protest at a colleague’s funeral? Should the police be protesting at all? Is it ethical of a political figure to discuss the dangers of his city’s police force?