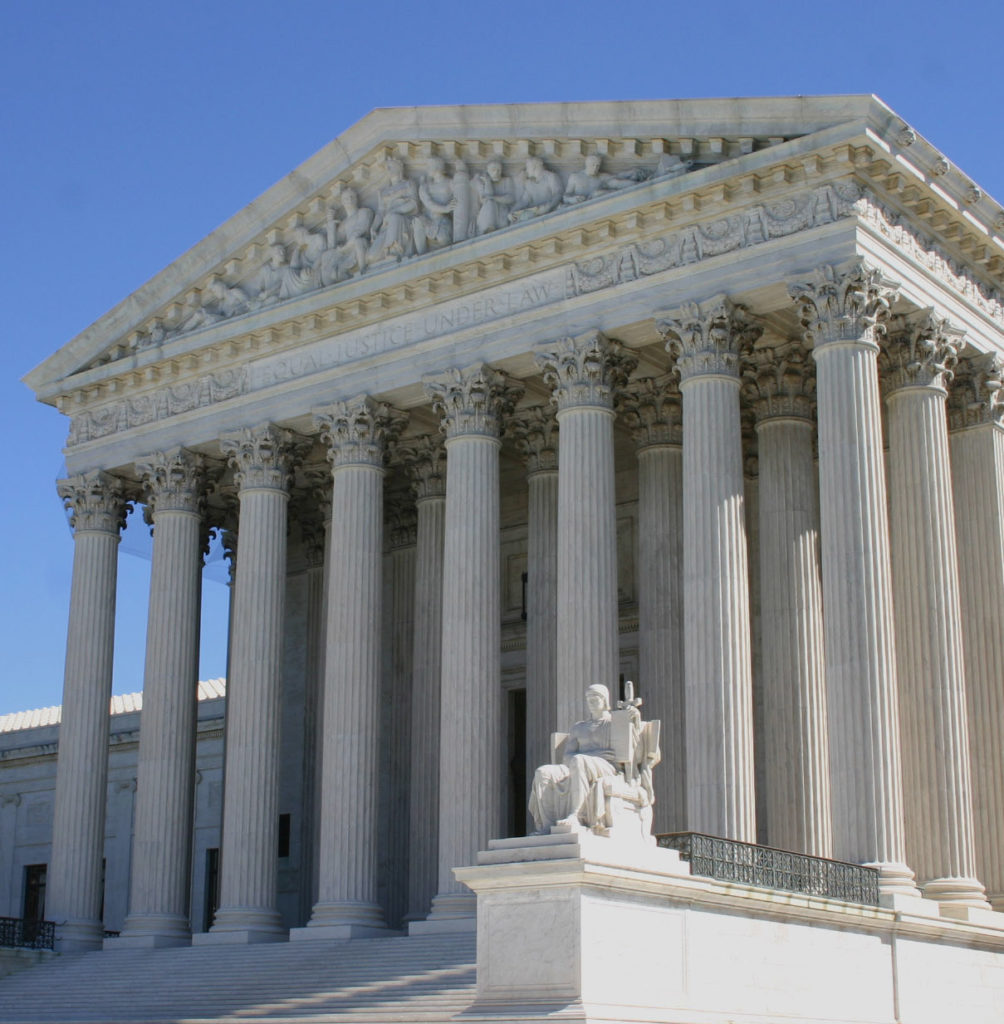 US Supreme Court by David CC-BY 2.0

Facebook is a place used for self-expression; many people use it to update others about their lives or post about how they’re feeling. Anthony Elonis, a man from Pennslyvania, used Facebook to rant about his divorce. However, Elonis was not just posting about his ex-wife and the divorce, but posting violent messages such as “there’s one way to love you but a thousand ways to kill you. I’m not going to rest until your body is a mess, soaked in blood and dying from all the little cuts.” Elonis was convicted and sentenced to four years in prison for the posts, which also included threats of a school shooting and attack on police. His case is now before the Supreme Court, under the argument that posts to social media are “self-expression,” and that Elonis was writing rap lyrics, which frequently depict violence. Women and ex-wives are violently targeted in popular rap music; Eminem wrote many songs about his ex-wife that involved violent encounters. Elonis’s lawyer argues that those lyrics are intended for entertainment, and Elonis’s posted rap lyrics should be treated in the same manner. Chief Justice Roberts pointed out that since Elonis is not a professional rapper, he had no clear entertainment-only purpose.

Elonis’s case raises the question of free speech, and whether our posts on Facebook can be considered a place of self-expression or a legitimate platform for distributing threats. The case depends on whether Elonis knew he was making people feel threatened; it also depends on how the Supreme Court interprets the First Amendment in an age where social media is a common place to express one’s feelings.

Should Facebook posts that seem threatening be included in freedom of speech, or should threats posted to social media be treated as any other threat? Can the government restrict what can be posted on social media? Is it ethical to allow people to post threatening messages on Facebook if they claim it as art or entertainment, such as rap lyrics? Is it ethical for the government to decide what is and isn’t self-expression?