The Pragmatism of Immigration Ethics 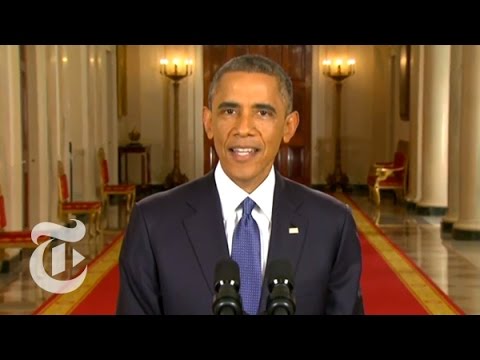 Last night, President Obama spoke openly about both the benefits and problems with immigration in the United States as it currently stands, and how it might change. The video is worth a watch and worth some thought.

Immigration is an issue well-stocked with ethical inquiries and obviously also quite politically charged. The President distinguished between the pure political debate of the issue and the need for pragmatism. As he said, “And let’s be honest –  tracking down, rounding up, and deporting millions of people isn’t realistic.” But there is a difference between ethical discussion and political shrewdness.

First off, is it always unethical to break laws? Is entering the United States illegally automatically unethical, or can there be circumstances that make it an ethical choice, even if the action remains illegal? To put it to another perspective, is it always ethical to deport immigrants? Then, there’s the age-old question of how laws should be bound by ethics.

The President carefully defines his executive order as forcing accountability, not granting some kind of special chance for new immigrants. He tries to reconcile the law with a more ethical approach to the people who are themselves affected:

“Mass amnesty would be unfair. Mass deportation would be both impossible and contrary to our character. What I’m describing is accountability –  a commonsense, middle ground approach: If you meet the criteria, you can come out of the shadows and get right with the law.”

By trying to combine “common sense” and a sense of fairness, President Obama attempts to give a sense of hope for the situation. Is the President’s approach ethical? Does it improve the immigration situation from an ethical standpoint? Let us know in the comments.