#DearDePauw: What’s it All About? 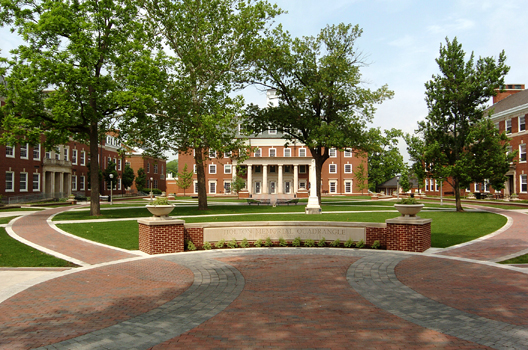 For those in the DePauw community, the hashtag, “#DearDepauw” has been appearing everywhere. Some may have seen lengthy testimonials being posted to social media under the hashtag, while others have participated in the heated Facebook and Twitter debates associated with the posts. So what are the motivations behind this hashtag and the students contributing to it?

Central to understanding #DearDePauw are the experiences of marginalized students on DePauw’s campus. Reading the tweets and posts associated with the hashtag, it is clear that something is amiss with DePauw’s campus climate. Collected under the hashtag are dozens of stories of discrimination that have occured on DePauw’s campus – experiences that reveal significant tensions between students along the lines of race, gender, sexual orientation, religion and socioeconomic class.

This is hardly a recent issue. While underlying tensions have existed for years, the issues came to a head in the Spring of 2014, when an op-ed published by then-junior Ashton Johnson sparked intense debate, including a number of rebuttal op-eds, on-campus group Feminista! launching the “DePauw Doesn’t Care” campaign and the formation of the student group, “The Movement.” Students were concerned that their voices were not being heard by the administration, and that not enough was being done to counter microaggressions and hostile acts of discrimination on campus.

A semester later, these voices have only gotten louder. The #DearDePauw hashtag, started by Johnson, has garnered dozens of responses, with students voicing concerns ranging from the lack of awareness about counseling and support services to their own personal experiences with discrimination on campus. The hashtag is also marked with these same students’ positive experiences at DePauw, balancing the good with the bad and showing just how complicated these problems are.

The pressure appears to be working, at least in some ways. Following the Spring 2014 semester, DePauw’s Diversity and Equity Committee released an annual report detailing issues of campus climate and recommendations for potential solutions. Amidst meetings on campus climate that have taken place over the last few months, the administration has begun to make these issues a public priority. In fact, just recently the chair of the DePauw faculty, Dr. Bridget Gourley, scheduled an all-faculty meeting to discuss campus climate issues and the potential creation of a multicultural requirement.

Though recent dialogue has had its successes, there are still pitfalls to be aware of. Recent contributions to the #DearDePauw hashtag have ranged from passionate testimony to heated debate and argument between individuals. In some ways, then, social media may not be the best platform for such discussions – it may lead those involved to focus on the problematic comments from individual users, rather than keep criticism focused on larger structures and trends within the university. And while both students and the administration have shown commitment to positive change, there is always the danger of initiatives to make a change dying out as the momentum behind the hashtag drops. Going forward, both student organizers and those fighting for change within the faculty and administration will have to face these issues and keep this momentum going.

While there are certainly pitfalls ahead to consider, it would appear that initiatives like #DearDePauw are starting to make some headway. While the solutions to such campus climate problems are anything but easy, time will tell if the university and student body will be able to take solutions beyond Twitter and take concrete steps to address campus climate issues.