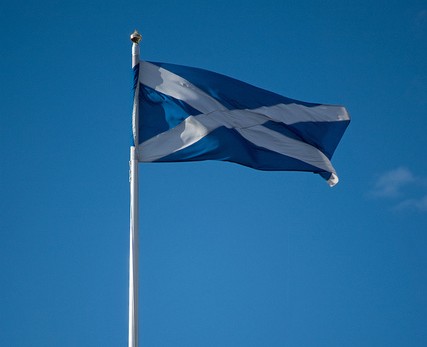 Today, Scotland has a monumental decision to make: stay a part of Great Britain or break away and become its own sovereign country. Since last winter, both the Scottish and British Parliament have discussed this historical referendum that would end a relationship spanning 307 years. Besides the idea that there could be a new country in less than 24 hours, the push for Scottish independence reveals a deep cleavage in Great Britain that I believe reflects a global divide. The Scottish people got tired of watching the privileged few in power make decisions that did not benefit them; but, instead of complaining about it, they acted. If Scotland, a relatively peaceful country, feels oppressed by its government, how many other people feel that way about their government? Problems with governments differ throughout the world but they all have roots in the idea that the people in power will deliver political goods. Will the Scottish referendum spark a push for independence or regime change in other European countries? Will we see a similar phenomenon like the Arab Spring but in Western countries, specifically Ireland and Wales?

Neil Irwin from the New York Times says, “Power is not a right; it is a responsibility” and I whole-heartedly agree. Since 2010, the British Parliament has been making decisions that do not align with Scottish views such as expanded welfare programs and green energy. Four years of political decisions spurred the referendum, which would give Scotland sovereignty, but what else would it give Scotland? Scotland would receive the burden of figuring out how to sustain an economy, for one, as well as the burden of untangling 307 years of shared history and identity. Has the reign of the political elites ended in Great Britain? Does this mean that Wales and Ireland will break away next? What does this mean for the pound or the military for that matter? What will businesses do–stay in Scotland or flee to England and vice versa? Is oil a stable enough commodity to build the Scottish economy off of? Will Great Britain leave the EU because of this? Irwin closes his piece saying, “And so the results will ripple through world capitals from Athens to Washington: People don’t think the way things are going is good enough, and votes are getting angry enough to want to do something about it”. But are things so bad for Scotland that they will risk the political insecurity of forming their own country?